The prime minister sees himself as the "vikas purush". But realising his government's agenda for development requires not just a more efficient administration but also a credible implementation plan, says Nitin Desai. 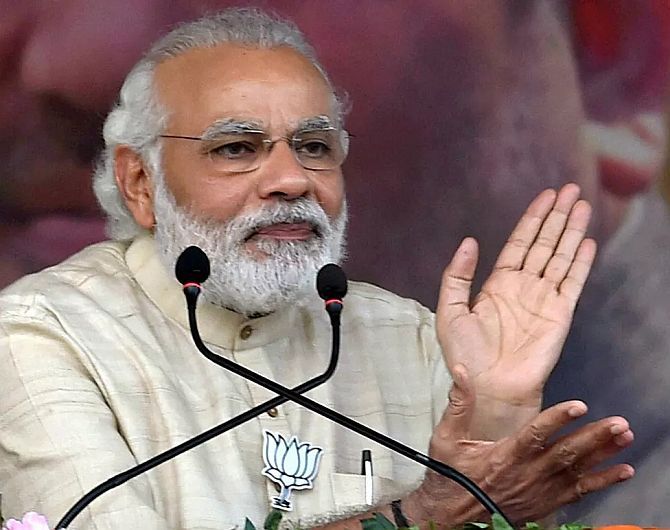 Why are so many economists writing about the current state of politics in India?

Clearly they have not run out of things to say about the state of the economy and what needs to be done to accelerate growth and promote development.

Yet one notices that the Delhi commentariat, in its private conversations and public pronouncements, sounds more concerned about the direction in which our politics seems to be moving than about the economy.

One reason for the shift in attention by the economists who dispense gnana in the press and on TV could be that the hopes that some of them had for radical policy reforms from the new government have been belied by the parliamentary paralysis and a continuing populism fuelled by a near-continuous electoral fever.

But lately, the views of commentators who otherwise were sympathetic to Prime Minister Narendra Modi's government also show concerns about the atmosphere of divisiveness and intolerance that seems to be spreading.

This columnist shares these concerns and hence this attempt to speak as a concerned citizen rather than as a professional expert.

There are some positive developments on the economic policy front.

A transparent and competitive auction regime has started functioning for assigning concessions to public resources, releasing us from the plague of high-level scams.

Three crucial infrastructure ministries -- roads, railways and power and energy -- have energetic ministers who are working to accelerate investments and policy reform.

The prime minister sees himself as the "vikas purush". But realising his government's agenda for development requires not just a more efficient administration but also a credible implementation plan.

This will involve legislative changes for which it needs the cooperation of opposition parties who are in control of the Rajya Sabha.

It needs the active cooperation of state governments whose fiscal independence has been greatly enhanced with the implementation of the recommendations of the 14th Finance Commission.

It must also mobilise the energies of local governance institutions and of civil society.

But this will not happen if the ruling party's relations with the opposition are caught up in the acrimony of electoral battles and in destabilising opposition-run states, and if the public discourse is dominated by caste conflicts and debates about nationalism and identity.

Right now, a different type of politics is far more important for the country than economic policy reform.

From the perspective of a concerned citizen, three changes are required in the political tactics of the ruling party at the Centre.

First, it must recognise the legitimacy and role of the opposition parties in governance and eschew slogans like "Congress-mukt Bharat".

It must work out the necessary compromises to pass the laws it needs to fulfil its promises to the electorate.

Complaining about the obduracy of the opposition in Parliament will be no defence when the ruling party seeks a second term, three years from now.

After all, their own obduracy in the United Progressive Alliance-II regime did not prove to be a liability when they won the election in 2014.

Second, its much touted policy of cooperative federalism must include some restraint on attempts to topple functioning state governments.

This is particularly important for the development agenda as the effective control of the delivery systems for public interventions in most areas of development rests with the state governments.

Expecting the cooperation of opposition-run states in implementing the government's alphabet soup of schemes is hardly possible if the ruling party's functionaries are bent on undermining their position by fair means or foul.

Third, it must disown the extremists in its own ranks who treat as traitors anyone who does not support their narrow-minded nationalism and their desire to impose a singular religious identity on the idea of India.

Those who sneer at the secularism and tolerance of diversity which was the foundation of our freedom struggle and which is written into our Constitution are the real anti-nationals.

Despite, or perhaps because of, the fact that they have ruling regimes more sympathetic to their ideas, these lumpen elements often resort to violence to intimidate not just their political opponents but others who are not in the fray.

One particular dimension of this conflict that is particularly disturbing is the confrontation between the narrow-nationalist right and the revolutionary left in our university campuses.

There are several historical instances of such confrontations leading to a gradual erosion of democracy and freedom of expression and the emergence of dictatorships.

Even if this fear is discounted because of the protection for fundamental rights in our Constitution and in our judicial processes, one must at least be concerned about the narrowing of young minds that will have to live in a world where economies, cultures and ecosystems are increasingly inter-connected across national boundaries.

A narrow nationalism rooted in an upper-caste view of Hindu culture will be a disaster for a society that needs to reduce inequalities and discrimination and an economy that is increasing its global reach.

Given the rich diversity of religion, language and ethnicity that is our strength, we need a civic nationalism which every Indian can espouse.

Given the emphasis on slogans in our political discourse. I end this plea for statesmanship and sanity in the political class by citing the second verse of the Indian National Army's anthem, which was a loose Hindi translation of Jana Gana Mana: 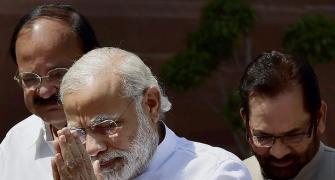 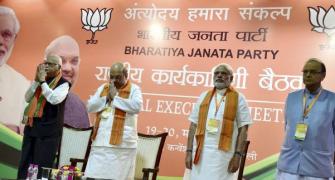 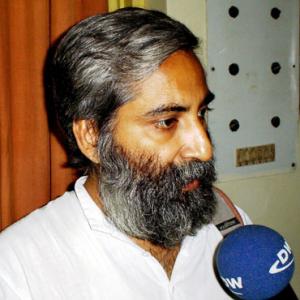