News
Business
Movies
Sports
Cricket
Get Ahead
Money Tips
Shopping
Sign in  |  Create a Rediffmail account
Rediff.com  » News » This is no way to run a modern military

The Chinese have just one commander for all the forces confronting India.
Commanders of all these forces answer to one man, and one headquarter.
India, on the other hand, offers a diversity of options that is a military embarrassment in the 21st century.
In Arunachal and Sikkim-Bhutan, the Eastern Army Commander is in charge.
In the Uttarakhand (central) sector, it will be the Central Army Commander.
The Himachal-Tibet border is the domain of the Western Army Commander.
And all of Kashmir and Ladakh further on, the Northern Army's.
Effectively, an array of at least eight 'three-star' commanders will be arrayed against one Chinese, says Shekhar Gupta. 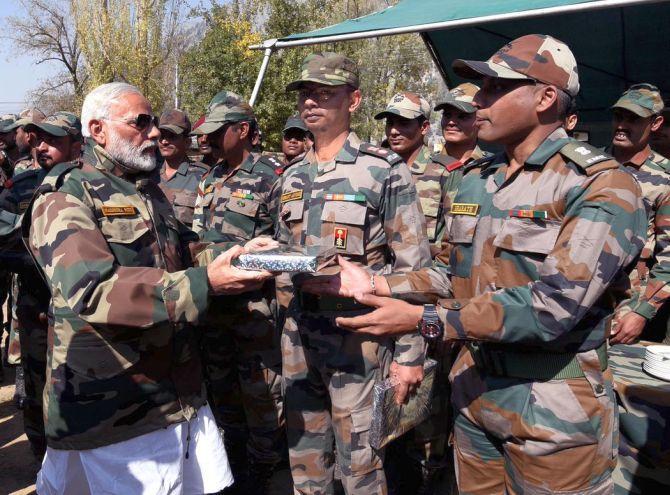 Everybody is entitled to make a few genuine mistakes. That defence, however, is not available for deliberate inaction.

A missed opportunity is an indefensible and unwise blunder.

As is the Modi government's missing out the opportunity to institute fundamental reform in the Indian military and defence structure.

A full-term government with a full majority after 30 years, with a strong leader and a military-friendly image, had a rare opportunity for reform, desperately needed but delayed for decades.

There is no point blaming previous governments. They all lacked majorities, time, or political capital. None had all three at any time for 30 years.

That's why more was expected of the Modi government. In no other area of governance has its failure been as disappointing as defence reform.

A government with an opportunity to revolutionise the fourth-largest military machine in the world, and propel it into a modern, new orbit is reduced to playing the usual God of small things in its last year, still hunting for a basic infantry rifle and half-decent boots for its troops.

For the Indian Air Force, it is proudly giving one more 'upgrade' to the Jaguar, 40 years after the first was inducted.

Equipment and hardware lags are important but a much bigger loss is the opportunity for structural reform.

The Chinese underlined this to India cruelly by asking a tricky question: We know who will man the hotline at our end, of course our theatre commander for all of our India frontier, from the east to the western extremity, through the centre.

Who will be his counterpart at your end?

See it this way. The Chinese have just one commander for all the forces confronting India.

Commanders of all these forces answer to one man, and one headquarter.

India, on the other hand, offers a diversity of options that might look quaint in story-telling, but is a military embarrassment in the 21st century.

In Arunachal and Sikkim-Bhutan, the Eastern Army Commander is in charge.

In the Uttarakhand (central) sector, it will be the Central Army Commander.

The Himachal-Tibet border is the domain of the Western Army Commander.

And all of Kashmir and Ladakh further on, the Northern Army's.

Of course, the IAF will also operate through at least three of its commands, Eastern, Central and Western, and there will be the Indian Navy too.

Effectively, therefore, an array of at least eight 'three-star' commanders will be arrayed against one Chinese.

This is no way to run a modern military.

This is almost a 1962-style chaos for a formidable and modern military. No wonder, as Sujan Dutta of The Print revealed in his story, the hotline is now stuck in protocol issues.

Who speaks to the Chinese theatre commander, as troubles have a habit of erupting at distant points along a 3,488-km borderline of continental dimensions?

If it is the Director General of Military Operations at Army HQ on the Indian side, the two militaries run into a protocol-equivalence issue.

Does our entire army's DGMO talk to a 'mere' theatre commander in China?

It isn't merely about protocol and it isn't funny.

Our fundamental military structure has remained (fundamentally) on the same pattern as inherited from the British, with regional commands -- irrespective of the different adversaries, and spread over colonial-era cantonments.

My moment of epiphany came in a recent conversation with former Indian Navy chief and a brilliant military mind, Admiral Arun Prakash, who pointed how if "stuff hit the fan in Doklam" five different Indian commands will likely get involved and much will get lost in transmission and coordination if not translation while the Chinese PLA will act from one command, under one commander.

Can we afford such chaos now, when wars are likely to be sharp and short?

He also underlined how Indian armed forces were now divided in 19 different commands and 'no two are co-located or co-purposed'.

It takes a pause and some thinking even for a student of militaries to figure out this irrationality.

The Eastern Army Command, handling the China, Bangladesh, Bhutan and Myanmar frontiers, along with the north eastern insurgencies, is located in Kolkata.

The Eastern Air Command, which should be co-purposed with it, is in a place which has never had an airstrip, nor will ever have one: In the beautiful green mountains of Upper Shillong.

Even to fly quickly between Kolkata and Shillong you need to overfly Bangladesh.

Why is it there, and not in Kolkata with its army counterpart, ask the British.

The Eastern Naval Command, for sure, is way south, in Visakhapatnam.

The eastern sector may be a starker example, but it is no anomaly.

The Western Army Command is in Chandi Mandir, on the outskirts of Chandigarh, while its counterpart, Western Air Command, is in Delhi.

Why should it be so, and why should the IAF have both its chief's headquarters and its largest command in the same city, five miles from each other, ask the British again, probably.

I bet there are liaison officers from complementary army, navy and air force commands in each other's headquarters, but that's a far cry from commanders working close together.

There is no point going over the entire list, one by one, because the same messy pattern repeats itself.

The Southern Army Command nestles deep inland in Pune while its operating area will largely be the Gujarat-Rajasthan desert with Pakistan.

Its complementary IAF command will be South-Western, in Gandhinagar.

There is, by the way, a Southern IAF Command in Thiruvananthapuram as well but its domain is more the peninsula.

The Army's South-Western Command is in Jaipur while its complementary Air Force HQs are in Delhi (Western) and Gandhinagar (S-W) if not sometimes the one in Allahabad (Central) too.

If you look at the entire list, you'd find no exceptions to the 'no two commands are co-purposed, co-located'.

The only such is the tri-service command in the Andamans. Or the new integrated commands, strategic and the nominal integrated defence HQ in Delhi.

It was in the middle of all this hotch-potch that a new Mountain Strike Corps under the already overstretched Eastern Army Command was planned, and has now been put in abeyance.

It is welcome that Defence Minister Nirmala Sitharaman held a press conference following this revelation (also in a Sujan Dutta scoop in The Print).

She said the decision was left to the army. If so, I believe the chief has shown courage and wisdom in preferring thoughtful consolidation over mindless expansion.

More significant, however, is her response to basic organisational issues.

She said the government was favourably inclined to the idea of joint theatre commands. Now, how many times have we heard that before?

Earlier governments didn't have the political capital to move on this no-brainer. What stopped Narendra Modi's over four years?

That theatre command-based reorganisation and jointmanship are very close to the prime minister's heart, as the defence minister says now, is a wonderful thing. That it has been left so late in his government's tenure is not quite so.

The minister says it's taking time as the government believes in a 'bottom-up' approach, not 'top-down'.

In which case it should have started four years ago, with the setting up of an in-house 'think tank' and an execution office in mission mode as it took over. These problems with India's outdated military structure were well-known.

Its rivals could say with justification now that the Modi government blew up an opportunity after promising much.

At the very least, it is guilty of playing like a cricket team that complacently wasted its power-play overs and is now frantic in the last phase.

Governance, in a democracy, is ultimately a limited overs game. 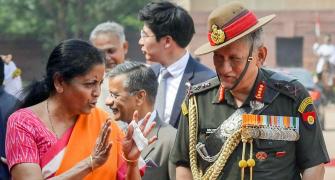 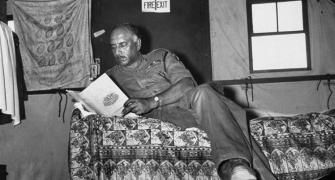 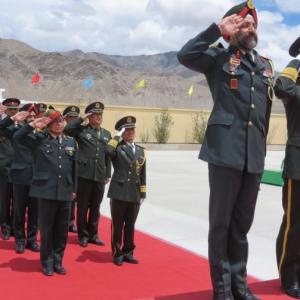