News
Business
Movies
Sports
Cricket
Get Ahead
Money Tips
Shopping
Sign in  |  Create a Rediffmail account
Rediff.com  » News » This cruel world can drive you to drink!

'One is trying to be an upright citizen with a fresh-faced liver, in full possession of her faculties, but if ever one has needed a stiff drink, it has been now,' says Mitali Saran.
Illustration: Uttam Ghosh/Rediff.com Timing is everything, and mine is awful.

I can only ever think of a question to ask after the discussion panel has disbanded.

I wear a boot cut when everyone is wearing skinny jeans.

I decided to start drinking like a troubled teenager just when my peers had begun to buy houses and stay up late doing their kids' homework.

But worst of all, I decided to stop drinking like a troubled teenager for a couple of months, just before news came in of children getting blown up at a concert in Manchester.

The news then went on to behave like a faulty firecracker, shooting all over the room sparking crazily, as if it had short-circuited from all the weird bad stuff it had to report.

For example, the government said it cared deeply about cruelty to animals, and banned cattle slaughter across India, except in places that like to eat beef and are about to vote.

(It is probably upset with Kerala, which told it to take a running jump between mouthfuls of beef curry.)

A Rajasthan high court judge said, Dear god, Indian people, can you believe I'm a high court judge? The actual words he used were about how peahens get pregnant by drinking peacocks' tears, but same thing.

A woman in Haryana was gang-raped, and rode home on the metro clutching the corpse of her baby, which her attackers had thrown into the road because it was crying.

Also in Haryana, two men raped a woman and then bashed her skull in with a brick.

In Madhya Pradesh, police shot and killed farmers who were protesting, in a creative interpretation of the government’s #JaiKisan hashtag.

In Delhi, the CBI raided the properties of the promoters of NDTV, which is arguably the only news channel still critical of the government.

In the aftermath, Dawn published a column urging Indian media not to be so craven, and urging Indians to take to the streets to protest creeping authoritarianism and defend our liberties.

You know things are bad when a Pakistani newspaper is irritated by our cowed media and our sheep-like acceptance of 'religious fascism'.

A BJP member of the legislative council in Jammu started a campaign against momos, because while they might look like wildly popular little lumps of snacky deliciousness, the legislator knows that they are wicked addictive drugs that will corrupt and sicken our youth.

To top it all off, there was a hideous story from the UK of a four-year-old autistic little boy whose mother died suddenly at home of an epileptic fit, and who himself starved to death in their flat, clinging to her decomposing body.

Now you tell me if the world cannot stand a little biochemical softening of the edges.

There's a reason grownups are allowed to drink. Here I am, having swapped psychic haleness for physical health, and I'm here to tell you that it's not that great a deal.

One is trying to be an upright citizen with a fresh-faced liver, in full possession of her faculties, but if ever one has needed a stiff drink, it has been now.

A troublesome neighbour, who is directly responsible for my temporary abstinence, keeps trying to lure me back into temptation by offering gateway drugs like soft drinks.

I'm staying strong, but I suspect this will be more possible if I make the odd exception.

So I won't really be drinking until August, or until tomorrow, whichever seems more reasonable in the moment.

This teetotaling thing is a breeze. 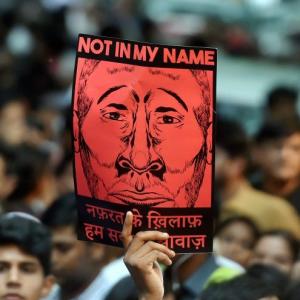