The potential of opening up Iran 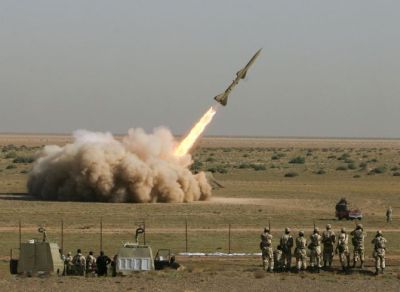 The possibility of a deal between Iran and the world on its nuclear programme has some perils but much promise for India, says Uday Abhyankar

Crowds in Teheran broke into euphoric celebrations when Iran and the US and its P5+1 partners announced that they had reached a Framework Agreement on Iran's nuclear programme. These happy Iranians look forward to an easing of sanctions, better economic conditions and an end to their isolation. Should we in India be equally happy? Well, let's look at the underlying factors.

The Framework Agreement -- more detailed than expected -- still has to be completed through a Final Agreement by July 1, 2015. The US and others have long feared that achieving nuclear weapon capability is Iran's real goal. The ability to produce high-grade enriched uranium or plutonium is essential for this goal.

In the Framework Agreement Iran has agreed to reduce sharply the number of centrifuges that produce enriched uranium, reduce its existing stocks and change its heavy water Arak reactor to produce non-weapon grade plutonium. And also a strong inspection process by the IAEA. The objective is to increase the so-called breakout period in which Iran could develop a nuclear weapon from a couple of months to more than one year. In return the US and its allies will start dismantling the severe sanctions that have halved Iran's oil exports and crippled its economy.

But the Iran Agreement has not found welcome everywhere. Israel's conservative leader Benjamin Netanyahu has been vehement against it, even taking his campaign to the US Congress in spite of open White House displeasure. But Netanyahu's real fear is perhaps not so much Iran getting a nuclear weapon - his own security agencies are reportedly more relaxed.

Iran, with about 80 million people, is the largest country in the region. It has massive oil and gas resources and a technologically well-educated people who have shown their courage and grit not least in the decade-long war that Saddam Hussein unwisely inflicted on them. If released from its present pariah status, with access to western investment and technology, Iran could rapidly become the leading power in the region.

Even Iran's Ayatollahs, though long calling the US the 'Great Satan', seem to value greatly America's respect - and this President Obama has given them. Iran has substantive influence in Syria, Iraq, Lebanon and Gaza and is already a sort of ally against ISIS extremists in Iraq. A collaborative Iran would be a major advantage to the US. So, a nuclear deal, the first serious engagement between the US and the Ayatollahs since the 1979 Revolution, could lead to surprising shifts. A potential consequence could be devaluing Israel's strategic importance to the US.

America is Israel's main financier, defence supplier and diplomatic supporter at the UN and elsewhere. So, any shift of US strategic focus in Israeli eyes is perilous. Little wonder the Israeli PM is so vehemently against an Iran agreement.

Iran's Sunni Arab neighbours, especially Saudi Arabia, are also concerned. They see the potential strengthening of Shia Iran as a long-term threat to their ascendency in the region. Like Israel, they would dearly like to see the deal fail.

And the Republicans in the US Congress, who invited Netanyahu to address them, are deeply suspicious. Partly because they do not trust Iran, but perhaps also because they do not want President Obama to achieve a major diplomatic coup. They will try to make the deal fail. Yet opinion surveys show that a large majority of Americans do not want another military adventure in the region and would welcome a diplomatic solution.

What are the chances for the negotiations? For Iran, failure would mean unending sanctions and increasing economic hardship. Not a happy outlook. For America the nuclear deal is not so central. But it would be a major setback for President Obama and leave the rest of his term looking barren. So, in spite of statements like that of the Supreme Leader Ali Khamenei, perhaps aimed at domestic critics, negotiations are likely to succeed - especially since so many major issues seem to have been addressed in the Framework Agreement.

India has deep interests in the region and major strategic shifts there will matter. We source most of our petroleum from the Gulf countries, and some six million Indians live there, seeking a better livelihood. Saudi Arabia will remain a key trade partner as our largest oil supplier. Yet the Kingdom's proximity to Pakistan will make it difficult for us to be strategic partners. We have longstanding friendly links with the UAE, Kuwait and other GCC states which deserve our sustained attention; but their size limits a larger role. Our traditional non-aligned friend, Egypt, is engrossed with its own internal matters and is not likely to play the key regional role it did some years ago.

That leaves Iran. Major changes can have unexpected consequences. A post-nuclear-deal Iran may look westward for technology and investment and to China for infrastructure and consumer goods, leaving us with our old friends weakened and Iran indifferent. Let us not forget that we were much closer to Saddam Hussein's Iraq than to the Ayatollahs' Iran.

Yet we do have certain advantages if we can use them effectively. Our imports of Iranian oil, and increasingly gas through an undersea pipeline, could rapidly be stepped up. In return we could provide Iran refined petroleum products. We can be a major supplier of foodgrain, horticulture, spices and other agricultural products. Pharmaceuticals are another promising area, as are IT services and some manufactures - we have already been supplying Iran certain types of steel. We could encourage Indian companies to make investments in all these sectors. So, the potential exists to build a solid economic and financial relationship with Iran.

Could we go further and build a more strategic relationship? While it needs to be done gradually and skillfully so as not to alienate our older regional partners, defence cooperation especially in training should be a possible area. It is unlikely Iran would look westward for this - except to purchase advanced weapon systems - or to China with whom they have few shared traditions, or to Sunni Pakistan, so closely allied to the Kingdom. Such strategic cooperation would open for us possibilities of access through Iran to the Central Asian republics and cooperation in Afghanistan where Iranian interests are complementary to ours.

Let us hope the euphoria of the Teheran crowds does not prove a false dawn. But before we can join the euphoria we need to measure and manage the risks in order to benefit from the new potential opened up.

Uday Abhyankar is a former diplomat 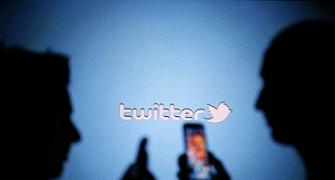 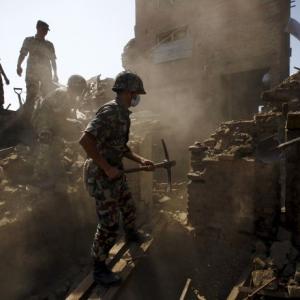 India's 125 cr people have made Nepal's pain their own: Modi 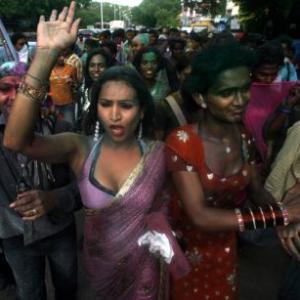 Transgenders ecstatic after RS vote, hope Section 377 will go too