The politics over Mumbai's slums

The move to legitimise the occupants of pre-1995 slum homes till the year 2000 is welcome, but incomplete in managing the issue of Mumbai's slums. It is once again, a patchy effort, not fully thought through, says Mahesh Vijapurkar.

We tend to think of Mumbai, and especially its some major parts as homogenous. South Mumbai as home to the elite is entitled to a different nomenclature SoBo. Parel is seen as only of mill hands and Dadar of the genteel and well-healed. Likewise, the teeming slums of Mumbai as of only the poor, disentitled from rest of the city though they form a majority of the population.

Let us look at the slums, so dominant with six out of every city resident living in them that Slumbai lends itself as a descriptor for the country's major metropolis. These slums have, actually, a lot hidden layers which our fleeting, cursory look at them do not register on our consciousness. They are as heterogeneous as rest of the city. These worst parts compete with the best in this dimension.

The decision this week to entitle the residents of the slums in dwelling units that were protected because they were there before January 1, 1995 but had occupants who came into them later, in this instant till the year 2000 is a confirmation of the layers and the discrimination between the slum dwellers. The date of his entry into a slum establishes his status, whether he can benefit from the state's help in getting a replacement but formal housing as and when it is decided to provide him with one.

While those in the pre-1995 are protected from demolition and or eviction, those in slum structures built later are not. But when officialdom began to census some slums for rehabilitation under the slum policies, they discovered that even if the structures were uniformly pre-1995, not all occupants belonged to that vintage.

Many had bought them out later, and caught in a catch-22 situation. In the earlier slums, people had built newer ones to stay in, thus making it difficult to rehabilitate the older ones; the builder-developer needed clean swaths without a single hut impeding his project.

But does this mean all slum dwellers across the city are now on par? Hardly. It has only brought in more of the slum dwellers into a protected group, more because the Dharavi Rehabilitation Project has to get going, the airport slums have to be cleared, metropolitan projects have to be built. It is not necessarily because the slum dwellers deserve help but don't get. The government, despite its pious pretensions, has not been able to convince the Supreme Court that structures built till 2000 too ought to be protected from demolitions.

Now comes the question of these post-1995 and pre-January 4, 2012 slum structures. Like all slum units, they have come up illegally, and they are so numerous hosting several million citizens that they can barely afford scope for demolitions. What about post-1995 slum inhabitants who live in structures built later? They continue to be discriminated by policy makers. The only positive aspect is that slum demolitions are no more the norm in urban space management.

According to the Maharashtra Times, the move to confer legitimacy to pre-2000 slum dwellers in pre-1995 slum homes would benefit some 2.7 million slum residents. That shows how not having a comprehensive slum policy with a firm cut-off as of now create different classes of slum residents, some entitled, some disentitled, in the same city. That 2.7 million is slightly less than a third of the city's slum population. There are several more now in tenuous situation, less fortunate than the 2.7 million now blessed.

This number of people staying in slum homes not built by them but obviously acquired in exchange for cash, or living on rental, reveal a thriving real estate market in slums where space is scarcer than what the builders find elsewhere. A survey of Dharavi by an NGO a couple of years ago had shown how half of its residents are tenants. Some are pre-1995 structures with a loft or a second storey added later. There is obviously a sale-resale market for the slum housing, decrepit as they are but nevertheless a shelter.

Yes, they are poor. But not all of them; even the middle-classes have taken to living in slums. Those who were poorer but improved their economic status have preferred to continue living in them because of sheer logistic reasons and seeking to live with those they know. But most happen to be people who could not even afford huts of their own and opted to only rent them -- this is the lowest strata amongst the slum dwellers. Eviction for non-payment of rents is not uncommon.

Of course these sale and leave and licence documents are not registered like the formal housing stock have, but they exist and are enforced and honoured, also revealing that the word 'slumlord' is not a figment of imagination of a motion picture playwright. There are people who have a business of generating slum housing stock -- illegal, ill-built -- and thriving.

The move to legitimise the occupants of pre-1995 slum homes till the year 2000 is welcome, but incomplete in managing the issue of Mumbai's slums. It is once again, a patchy effort, not fully thought through. 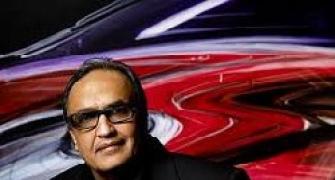 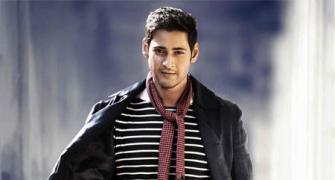 What is the right time to appear for the GMAT? 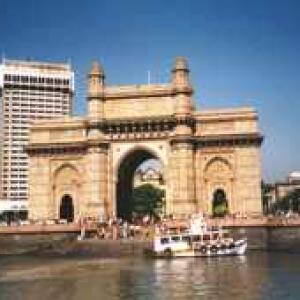