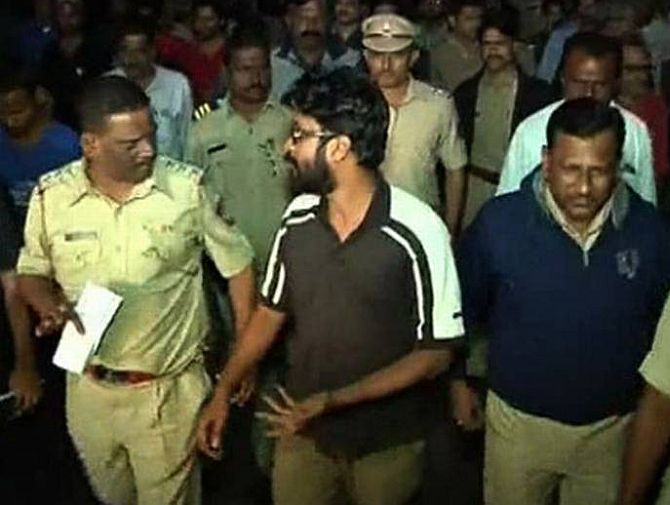 'There is a storm of unrest brewing as a younger, more educated and independent India grows up. The government needs to realise that force may give them temporary respite, but force never is the answer, says filmmaker Suparn Verma.

The Film and Television Institute of India has a history of strikes since its inception in 1961.

The latest is strike number 40. This history of the reasons for previous strikes is well documented.

August 18 was day 69 of the ongoing strike at FTII against Gajendra Chauhan being appointed the FTII chairman.

Enough has been written and said about Chauhan's limited skill set to be chairman of the prestigious institute, but the government in its infinite wisdom (read ego) has stuck to its guns.

A few days ago FTII Director Prashant Pathrabe was asked by 'higher ups' to assess the incomplete projects of students of the 2008 direction batch.

The entire faculty and students protested against this in support of the 2008 batch students.

The reason being in 2008 when the batch of eight direction course students was enrolled, the students arrived to find no faculty or head of department for an entire year.

By 2009 the government had passed an order saying a number of OBC students would need to be in the class, raising the number to 12. Due to the limited resources at FTII, a student project takes 14 days to prep and shoot.

This compounded by the fact that the 2009 batch had 14 students and by 2012 there were 15 students in each discipline of the filmmaking course stretched the resources of the institute beyond breaking point.

The faculty protested this and finally the number of students was reduced to 12, but by then other batches had caught up.

The 2008 batch projects kept being pushed out through the gaps with delays of years caused by limited resources in terms of equipment, post production rooms and backlog.

As it stands, eight projects among the 12 still remain incomplete in post-production stages.

Pathrabe assured the students that he would speak to the authorities and have the order rescinded.

But that was not to be, the striking students on day 68 got wind of the news that Pathrabe had issued an order to the faculty to assess the projects.

At around 4:30 pm the students rushed to Pathrabe's office and while sloganeering was happening outside his office, a group of students inside asked him why he went back on his word to which Pathrabe replied he has been given orders by the 'joint secretary.'

The students refused to leave until Pathrabe spoke to the joint secretary who didn't take his call. At around 11 pm the registrar called the police on whose arrival the students got more agitated as they were being pushed around.

The students outside formed a human chain around the students in the inner circle as they were being pushed back by the police. Pathrabe stood on the table so he would not get crushed. All through this the faculty present tried to tell the police to calm down.

The students finally disbanded for the night and the police went back. No charges or arrest for any unruly behaviour were made.

The next day the students tried to contact Pathrabe all day long, but he was unreachable.

Around 11.30 pm news came that policemen at the FTII gate had arrived with an FIR naming 15 students including three lady students and an unnamed 25. Among the seven sections invoked was a non-bailable section.

The students called a lawyer who objected to the police trying to arrest the lady students post midnight. The police then let the three lady students go and failed to identify seven other students due to misspelt names, so finally the police ended in taking only five students to Pune's Deccan police station.

The students living on campus are under the custody of the FTII director and in his absence the registrar, but since Pathrabe filed the complaint and the registrar is the witness, they were absent during the arrest of their students while the faculty stood outside the police station all night.

It is shameful that the government refuses to back down on an appointment, which makes no sense and then uses its power to crack down on students in the middle of the night.

The FTII is one of the best film schools in the world, which despite its meagre resources and strikes over the years has produced some of the best technicians the film industry has today.

Seventeen years ago the convocation ceremony was stopped due to an austerity drive as the monies could be better spent on students and facilities than on diplomas being given out.

There are voices, which talk about privatising this institute, which would mean taking away the means of film education away from those not privileged enough to bear the costs.

There are voices, which ask to shut down the FTII as it eats away tax money for a wasteful vocation.

It is more surprising that a nation that makes demi-gods of its screen idols irrespective of caste, creed, religion or political affiliation would actually have voices who themselves spend enough money to watch cinema, wanting to shut down this institute.

Then there are voices that call these protesting student hooligans. They forget these are children who come from middle class homes from all over India just like all other students come to study other vocations. No institute is without its controversies.

It is ironic that the institute comes under the information and broadcasting ministry which since inception has politicised it. Actually, it should have been under the ministry of culture.

The voices, which want to clamp down on these students, seem to have forgotten history.

Revolutions begin on campuses, be it the freedom revolution or the Jayaprakash Narayan movement, which brought down the Indira Gandhi government or the Mandal movement or India against Corruption.

It is always the youth of a nation who have led change. There is a storm of unrest brewing as a younger, more educated and independent India grows up.

The government needs to realise that force may give them temporary respite, but force never is the answer. It isn't enough to quote Mahatma Gandhi in speeches. One needs to live the dogma as well.

Disobedience is the true foundation of liberty. The obedient must be slaves -- Henry David Thoreau

IMAGE: FTII students being arrested during the midnight swoop by the Pune police. 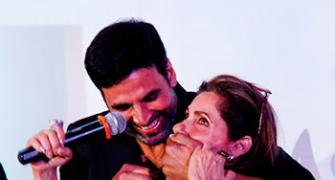 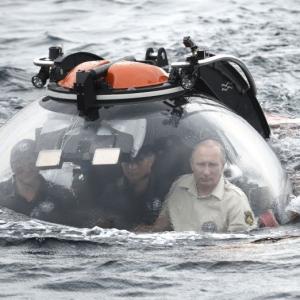 Action Man Putin is back 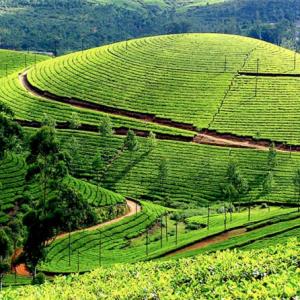