The mathematics of Maharashtra 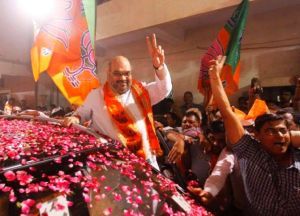 During the May 2014 Lok Sabha elections, voters in 144 Assembly segments in Maharashtra were presented with a ballot that had a Bharatiya Janata Party candidate who represented both the BJP and the Shiv Sena. 13.3 million (55 per cent) people voted for the BJP candidate, ostensibly in support of either the BJP or Shiv Sena. This alliance won 132 of these 144 segments.

This, in essence, is the summary of the Amit Shah masterstroke that led to the BJP capturing power in the second largest electoral state in the country. This bet that, even in constituencies contested by Shiv Sena in alliance with the BJP for the last 25 years, the BJP would outscore was the daring gambit that paid off.

To put this in context, of the 100 voters that voted for Nationalist Congress Party (NCP) in alliance with the Indian National Congress in the May 2014 elections, only 22 voted for the INC in the current Assembly elections. This ability of "man of the match" Amit Shah, as he was crowned after the Lok Sabha elections, to swing alliance partners' votes for the BJP has been the crux of this BJP victory, evidently surfboarding on the "Modi wave". The table (Vote Swing) presents the summary of the swing within each alliance partners' votes from the May 2014 elections to the Assembly elections.

Much to the consternation of some BJP sympathisers who posit that the BJP's inability to win an absolute majority was not worth the breakup of the alliance with Shiv Sena, counterfactual analysis shows that the BJP would have won only 16 more seats had the votes of the BJP and Shiv Sena been combined. To caveat, counterfactual analysis is not a precise science but provides a reference point to a potential outcome, if Shiv Sena and BJP votes were added together. To be sure, the INC and NCP votes have to be added, too, for this analysis.

This analysis shows that the BJP could have lost 13 seats and gained 29, a net addition of 16 seats. So, while with the addition of Shiv Sena seats, the combined alliance could have won a comfortable majority, with 20/20 acuity, the decision to go solo was well worth the outcome for a small price of 16 seats.

A quote popularised by the revered investor Warren Buffett -- "Only when the tide goes out will you know who is swimming naked" is perhaps apt to describe the INC-NCP alliance that has been in power in Maharashtra for 15 years. Flippancy aside, data show that the NCP actually garnered 19 per cent contested vote share to INC's 20 per cent and it actually turned out to be the "senior" partner in the INC-NCP alliance.

The table (Dominant Vote Catchers) shows the movement of votes across each alliance partner between the May Lok Sabha elections and the October Assembly elections. Amid much hankering between each alliance partner, it is indisputable from this analysis that the BJP and NCP were the more dominant vote catchers recently in their respective alliances.

In India's context of immense plurality, size and first-past-the-post electoral process, the menu of candidates is one of the most important drivers of choices for voters. It is in this context that pre-poll alliances have become such a uniquely Indian phenomenon and any change or disruption to alliances is the most strategic decision that any political party will make. Shah, the BJP President, has certainly proved to be a master strategist. 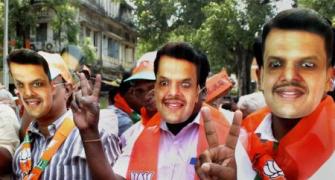 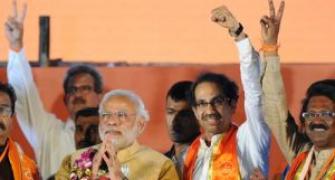 US court issues summons to Modi in 2002 Gujarat riots case 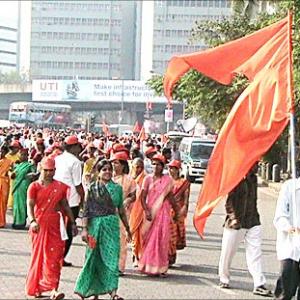 Regional parties down, but not out