News
Business
Movies
Sports
Cricket
Get Ahead
Money Tips
Shopping
Sign in  |  Create a Rediffmail account
Rediff.com  » News » The Maharaja, the State, and the Temple

The Maharaja, the State, and the Temple

The autobiography of the Travancore Maharaja, released in Thiruvananthapuram by former President APJ Abdul Kalam on Tuesday, is worthy of any coffee table or library, says T P Sreenivasan

The biography is a tribute to the oneness of the Maharaja, the State and the Temple -- forming an integrated soul,' wrote Dr A P J Abdul Kaiam about the autobiography of HH Uthradom Tirunal Marthanda Varma's Travancore -- The Footprints of Destiny, My Life and Times Under the Grace of Lord Padmanabha as told to Uma Maheswari (that is the title of the book), published by Konark. It is no ordinary book either in substance or in appearance. It is history, recorded by one of its major actors, the hero and the author combining to create a masterpiece. The quality of production, the choice of paper, the value of the photographs, the quaint charm of the drawings by young Sharath Sunder and the elegance of styling make the volume worthy of any coffee table or library.

The author summarises the reforms and measures of Sree Chithira Tirunal in one sentence: 'The Temple Entry Proclamation, the abolition of capital punishment, adult franchise, free and compulsory primary education, mid-day meals, the establishment of the Travancore University, procuring food grain to prevent famine, nationalisation of road transport, development of an airport, the establishment of the Pallivassal hydro-electric project, the victory of the Mullaperiyar case, the establishment of the Swati Tirunal Music Academy and the Sree Chitra Art Gallery and rapid industrialisation were some of the reforms, measures and projects.' For a monarch, who assumed power at the time when the State was 'in the grip of an economic depression of unprecedented severity', these were no mean achievements. But the abiding image that emerges of Sree Chithira Tirunal is as 'the epitome of utter gentleness, humility and nobility'.

As personal memoirs of the Elaya Raja and later the inheritor of a hoary heritage, the book is a model autobiography, as it is devoid of self-congratulation or glorification. Throughout, there is an effort to demystify himself in the narration, performing a secondary and supportive role to the Maharaja, sometimes even as a foil to him.

Instances of his own human weaknesses are narrated to contrast with the superhuman tolerance and nobility of his elder brother. The way how, at the age of 10, the Elaya Raja beat up a servant and he was made to apologise to the servant publicly, how he retaliated to Sir C P Ramaswami Iyer for flinging a file at the Maharaja in the tennis court, and how he confronted an editor who published unwarranted allegations against the palace, are in contrast to the Maharaja who was the paragon of perfection.

The author's sense of humour is matched only by his compassion with which he describes everyone around him. For the erudite and learned person that he is today, his first encounter with his British teacher was disastrous. 'Do you like to study?' was the first question. 'No,' he said emphatically. 'How about reading?' 'Not at all,' he replied promptly. 'Hmm. I hope you like playing?' The answer was an equally emphatic 'Yes'." The teacher pulled out a ping-pong ball from his pocket and said, "Come, let us play'. The young prince was delighted. Since there was no racquet anywhere around, the teacher suggested that they should use the hard cover of the books that he brought along. After a delightful game of ping pong in which the prince defeated the teacher, the teacher said: 'Look, if the mere cover of this book is so strong, imagine what the power and the strength of its contents would be?'

That revelation turned the playful prince into an avid reader. His love for horses, watches, cameras and cars is described with similar anecdotes. It is amusing to read that the celebrated dentist, Dr G O Pal (actually Dr Gopalan), used to drive from Statue Junction to East Fort in reverse gear just for the thrill of it. I was reminded of a story in Moscow that the Egyptians used to order their tanks with four reverse gears to run away from the Israelis. When they once asked for a single forward gear, the Soviets were happy that they had finally decided to fight. But the Egyptian general clarified: 'Suppose they come from behind?'

The pen portraits of the royal family, celebrities and others, drawn with deep understanding, compassion and affection, are an attraction of the book. Amma Maharani, Regent Maharani, the author's father, Sri Ravi Varma Kochu Koil Thampuran, his sister, Karthika Tirunal, Sir C P Ramaswami Iyer, Colonel Goda Varma Raja and others come alive in the book. It is heartening to read how these great personalities shaped and reshaped the mind of the author as he assumed different roles in the family and the State. The most sensitive and tender portrait is of his own consort, Shrimati Radha Devi, starting from the moment he saw her arresting face in a wedding album to her demise in 2005. 'There were four distinct phases in those years, namely -- attraction, attention, adoration and abandonment', he writes.

His description of her justifies his cryptic remark: 'Radha Devi was an ideal partner'. In a touching farewell, he says, 'The grief is strong, I am unable to come to terms with the reality -- that unavoidable and inescapable part of life'. The book also contains affectionate references to the Maharaja's talented children, nieces, their husbands and children.

The most amusing one is the anecdote about Eleanor Roosevelt. After a visit to Kaudiar Palace, she wrote in Life magazine, 'I went to Travancore, where I met Chithira Tirunal, the Maharaja. He introduced me to the Maharani, who was not his wife, but his mother, and the heir apparent, who was not his son, but his brotherI have not understood the system. But I am glad that the power is vested with the women.'

Uma Maheswari, to whom the story was told, has done full justice to her task. Like Boswell to Dr Johnson and Lytton Strachey to Queen Victoria, Uma has rendered a great service to His Highness by taking notes diligently and putting them together into a cohesive, readable and interesting account of a remarkable life and its times.

The book is not just history; it will make history. The readers of the book, however much they may believe in democracy and equality of men, will realise that there is something in what is called 'blue blood', which sets apart the rajas from the prajas. It is not pomp and grandeur, but humility, dedication and commitment to the people.

The struggle for Dharma is never wholly won 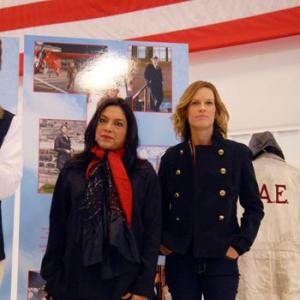 An event worthy of a pioneer