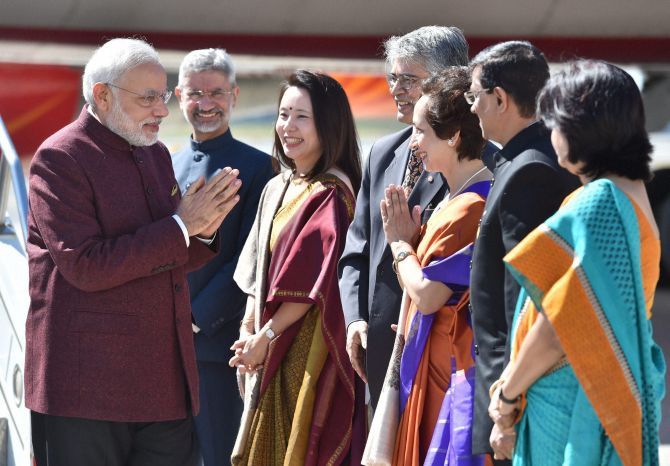 'S Jaishankar turned out to be a chip of the old block and that too, in modern parlance, a fully loaded chip. The father laid down the precepts of Indian strategy and diplomacy and the son put them into practice.'

Jaishankar had the advantage of instant recognition in the Indian Foreign Service as soon as he joined it, as there was no one in the Service who had not known his father, K Subrahmanyam, who was considered the modern Chanakya of India.

That fame imposed on him the responsibility to live up to his father's reputation for exceptional intellectual brilliance and global vision.

As Jaishankar completes 60 years, the normal age for retirement from the Service, he has proved himself worthy of his father's legacy. He turned out to be a chip of the old block and that too, in modern parlance, a fully loaded chip.

The father laid down the precepts of Indian strategy and diplomacy and the son put them into practice.

I met him early in his career, when I was also fairly junior, when Ambassador Aravind Deo took both of us under his wings in the Europe East Division of the ministry.

We spent a lot of time together, learning the intricacies of the Soviet Union, but I could see that even though I was a deputy secretary and he a mere probationer, I could learn a lot from him.

In exchange, I shared with him my own hands on experience in Moscow. Soon enough, I had moved on to the stratosphere of the Foreign Secretary's Office and lost touch with him except when our paths crossed on the corridors of the South Block.

By the time we got back together on his trip to Vienna as our ambassador in Prague, when he and his family stayed with us, he had grown in stature and status, but he was as simple and straight forward as he was when I met him first.

We also were his guests in Prague. He did not wear his erudition on his sleeve, as some did, but any conversation with him was delightful, intelligent and rich.

I had no doubt that he would easily reach the pinnacle of the IFS in due time and it was obvious that his wife, Kyoko, would be an asset to him.

I had left the Service by the time the negotiations on the India-US nuclear deal reached a conclusion, though I witnessed at close quarters, the Jaswant Singh-Talbot talks, which really laid its foundation.

As the Joint Secretary (AMS), he played a crucial role as he had the dual advantage of expertise in nuclear issues as well as in India-US relations. That was seen as his proudest moment, but much more was to come when he moved to Beijing at a critical time.

On the rare occasions when he wrote or spoke for the public, he revealed his vision without any pedantic explanations or theories. Perhaps, India-China relations did not see a dramatic breakthrough during his watch, but he may have prevented many mishaps along the way. He commanded respect from both Beijing and Delhi as very few envoys have done.

Jaishankar would have been happier to be Foreign Secretary rather than to go to Washington, but he put his heart and soul into the India-US relationship, to which he had contributed much in an earlier incarnation.

The 60th year in Jaishankar's life is just an important landmark and it is too early to assess his lifetime achievements. He has much more to do and to tell before he hangs his diplomatic boots.

I wish him well on the second part of his journey, which will be as successful as his first. I have known his son, Dhruv, well enough to know that the next generation will also bring glory to the family.

PS: Jaishankar's appointment as Foreign Secretary for two years is in recognition of his extraordinary talents mentioned in my 60th birthday tribute to him.

Having contributed to the historic visits of our PM to the US and the President of the US to India, he will now have the onerous task of bringing the grand vision to fruition.

His experience in Washington and Beijing places him in a unique position to manage the relations with the United States and China at a critical time.

Seeing my 'Probationer' as the Foreign Secretary is a thrill in itself. We should wish him well as he embarks on an arduous journey. 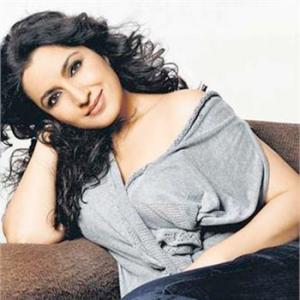