In this age of fake news, there are so many things I cannot say for sure anymore, says Veenu Sandhu.
Illustration: Uttam Ghosh/Rediff.com 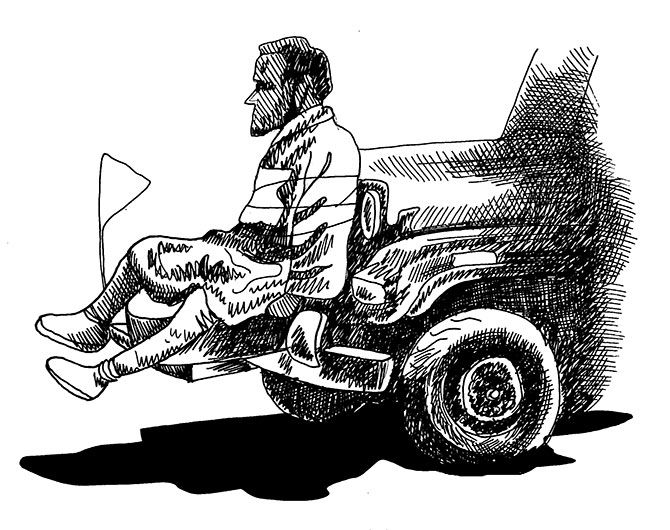 A picture of a woman with tears streaming down her cheeks, her face contorted as though she was struggling to come to grips with some terrible tragedy that had befallen her was the first time I truly understood how misleading images can be.

This one image threw the notion that pictures don't lie straight out of the window for me.

On the turning page was the uncropped frame of the picture. It showed the woman sitting on a stool, peeling onions piled up in a tray balanced on her knee. Her tears and expression of pain came from the sharp sting of the onions.

I remember feeling cheated by the first picture that had played on my emotions.

A similar feeling has been nagging me these past few days -- to believe or not to believe?

And if to believe, then how much to believe? I have been going round and round in circles with these questions.

The source of this dilemma is the video of a Kashmiri man, said to be a stone-pelter, trussed up on the bonnet of an army vehicle as a human shield.

When a colleague told me about this unfortunate incident, my first reaction was, "What?! Have they gone mad?" I hadn't seen the video yet.

Seeing it made it worse. What were they thinking?

Why would the army do something like this that would only flare up an already volatile situation?

I had seen another video a few days ago, of a group of Kashmiri men assaulting some Central Reserve Police Force personnel on the street. Thank god the jawans hadn't retaliated, I had thought to myself.

They were armed; they could have, but they showed the very necessary restraint and quietly walked on even as the mob hit and kicked them.

The situation could have turned ugly, even bloody. But the CRPF men didn't let it. It should have ended there.

But the video was put out and, as expected, it went viral. And now we have reports pouring in from other states of Kashmiris being attacked or being asked to leave.

A self-proclaimed nationalist organisation in Uttar Pradesh has decided to tell people in the state to boycott Kashmiris and not give them milk, water or accommodation.

Is that the way to solve the problem, by building more barriers?

Coming back to the video of the stone-pelter tied to the vehicle, reports now indicate that this radical measure was perhaps what averted a bloody confrontation between the armed forces and a 400-strong mob of stone-pelters who were marching to attack a polling station at Budgam.

The young major who successfully extricated his men and the polling officials from this situation used one of the oldest tricks in the book.

How often we have seen it play out in our films -- the good guy, or the bad guy, getting away unharmed using someone as the human shield.

In the end, no one got hurt.

Not a shot was fired, not a stone hurled.

This is the other side of the picture. Or perhaps, it is the full picture. I cannot say for sure.

In this age of fake news, post-truth and half-truth, there are so many things I cannot say for sure anymore.

But there is one thing I would like to point out. The video of the man on the vehicle, it turns out, was also tweeted by the state's former chief minister, Omar Abdullah, who has 1.84 million followers on Twitter.

I do not know if Abdullah looked at the full picture before putting out the video and topping it with dollops of outrage.

Of course what has happened is outrageous if -- and it's a big if -- the army's arrogance and threat is the full truth behind the video.

But what if it is not?

Should not a former chief minister of a state that is already on fire pause to think before punching out tweets?

Or is politics bigger than the state? 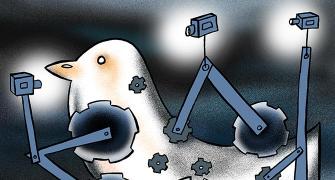