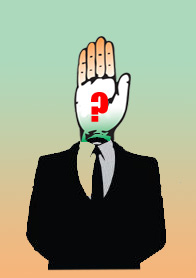 It was amusing to see some soi-disant intellectuals and pundits pontificating on whether Gujarat Chief Minister Narendra Modi should be the Bharatiya Janata Party’s candidate for the prime minister’s post in 2014. What was interesting was the touching concern these people had for the BJP’s chances of winning.

They intoned gravely about how Modi’s candidacy would be bad for the BJP (I could practically hear the tut-tutting in the background). This would have been laudable if only these experts hadn’t been furiously reviling the BJP as the devil incarnate for as long as I can remember.

Be that as it may, now that Modi, their bête-noire, has been chosen, it would only be fair to discuss threadbare the possible choices for the PM candidate for the Indian National Congress.

The reason is that the most obvious candidate, Congress vice president Rahul Gandhi, has begun to be curiously downplayed by the Congress -- almost as though they were embarrassed by him; of course, I must be wrong, because, as a dynast, he commands absolute loyalty.

But people on average are paying less attention to Rahul Gandhi. I say this partly based on data from (external link, may need a sign-in) Google Trends, which shows that interest in “Rahul Gandhi” peaked in August 2011 and has languished since then, with little general interest above a baseline. This doesn’t suggest his campaign is on fire, especially as compared to surging interest in “Narendra Modi”.

But more importantly, it looks as though Rahul has been absent in a number of situations where he could have made an impression. For instance, there was hardly a word from him -- and it would surely have been a sign of leadership if he had spoken – in: a) the Delhi gang rape in December 2012, b) the Uttarakhand flood in June, or c) the Muzaffarpur riots in August.

Surely his handlers in the Congress would have wanted to have him get some mileage. Unless, of course, they were afraid it would boomerang based on a poor performance.

There is precedent for backfiring: Rahul got a lot of attention for his April speech to the Confederation of Indian Industry, wherein his speech-writer came up with metaphors of bee-hives and rescue boats. But Rahul’s delivery was mystifying, as though he were sleep-walking. Furthermore, he made an unfortunate sotto voce statement as he was flipping through his notes, trying to find his place: “I’ve lost it”.

That was sort of a Freudian slip. Pretty unfortunate.

Besides, Rahul was not exactly successful in organising the Uttar Pradesh poll effort last year, and the Congress didn’t do well there. And there is the real possibility that politics really isn’t Rahul’s cup of tea. He is trying -- as in two speeches recently -- but it isn’t clear he can or wants to be responsible for running a government. He seems to be going through the motions because that’s what’s expected of him, not because of any great passion for politics.

The question of the hour is whether the Congress has given up on the idea of Rahul leading them as the shining knight on a white horse to a third successive term in government. This, even though Prime Minister Manmohan Singh recently announced -- unprompted, if I am not mistaken -- that he would be happy to serve under Rahul.

Naturally, there is no better candidate than a scion of the Nehru Dynasty. If not Rahul, then there’s Priyanka Vadra -- but she has the serious baggage of the dubious land deals of her husband Robert. And her child is probably a little too young to be heir to the throne, although, in comparison, the Bhutto clan did anoint a callow youth to the post.

Well, there is another bearer of the Nehru genes -- Varun Feroze Gandhi, but a little bird tells me that he would not be acceptable.

The Congress must feel some pressure to come up with a Plan B, now that Modi is making waves and has more or less got -- even if grudgingly -- some acceptance from his entire party. And it may occur to Rahul that he should follow in his mother’s footsteps and manage from behind the scenes, with a regent in place: power without responsibility, thus quite a lot more than a leader manque.

Therefore, I shall provide here, gratis, my list of the other eligible candidates.

Based on name recall, nobody will be as good as a Nehru scion, but there is one other who can be considered: Sachin Tendulkar. He can guarantee a huge turnout wherever he goes. Whether that will turn into votes we do not know, but going by a pretty impressive show by former cricketer Imran Khan in Pakistan maybe a star cricketer can capture some votes and the proven Congress machine can get hold of enough of the rest -- enough to win.

I have been told by some women that Rahul is handsome. Apparently this matters, at least to some women voters. I was told, by an otherwise sensible Indian-American woman friend in San Diego, that she voted for Obama “because he is handsome.” In that case, there are a couple of others that should be considered, especially because they have solid resumes and records of accomplishment.

That would be Union Minister of State for Human Resource Development Shashi Tharoor and Reserve Bank of India Governor Raghuram Rajan. Both of them would be guaranteed to get the female vote; both have solid track records.

Tharoor, who writes very well and became famous with his work in the United Nations, won handily in Trivandrum a few years ago because the entire female population voted en masse for him. Rajan is considered a ‘rock-star’ economist, and has a history of making bold and correct economic predictions. Both of these gentlemen have substantial name recognition, at least among the chatterati.

Speaking of track records, there are two others: Nobel Laureate Amartya Sen and Infosys co-founder Nandan Nilekani. Sen, a darling of the current establishment, can wave his Nobel Prize about, and impress people. He could well be another Manmohan Singh, a regent-cum-economist, who provides the masque and the mythology while, behind the scenes, the usual suspects carry on.

Nilekani, the darling of the urban middle class crowd, is a long-shot, although he may content himself this time with dipping his toe in the water in Bangalore south.

As party stalwarts, there are of course Finance Minister P Chidambaram and External Affairs Minister Salman Khurshid. Both have played many roles in government and have been around the block a bit. Chidambaram carries his Harvard Business School cachet; anything with Harvard has a fan-following in India.

Either of them should be able to command enough clout within the party machine. But can they win? Chidambaram carries the handicap of being a southerner, and Khurshid that of being a Muslim.

In terms of being successful vote-getters, there are several Congress chief ministers who have mastered the art in their home states. Any one of these people can be elevated to the post, and with suitable support from the party machine, they can do the trick for the Congress. People such as New Delhi Chief Minister Sheila Dixit come to mind.

Similarly, there is an entire cohort of bright young things in Parliament, for instance the likes of Union Ministers Sachin Pilot and Jyotiraditya Scindia who must be getting groomed for bigger and better things.

So the Congress has a plethora of prime ministerial candidates. Unfortunately, nobody is perfect, and given the formidable competition from Modi, it behooves them to announce their man/woman immediately.

So who will it be? Priyanka? Tendulkar? Tharoor? Rajan? Chidambaram? Sen? Khurshid? Dixit? Or will Rahul be forced to take on a role that he clearly is uncomfortable with? As a certain TV anchor might bellow, “We the people want to know!”

The ball is in your court, Congress! 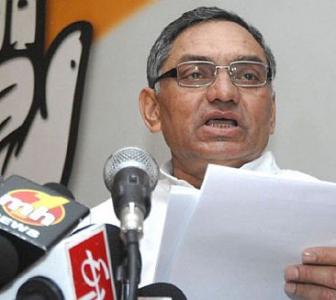 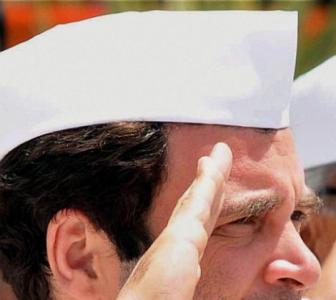 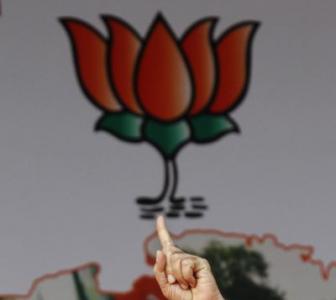 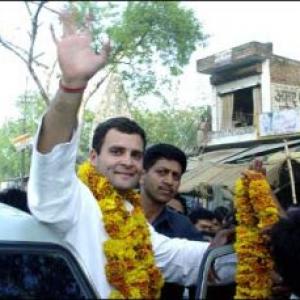 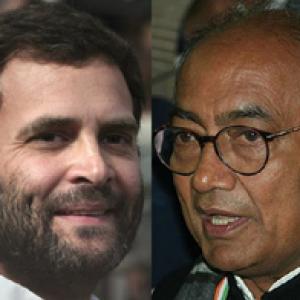