If you are a BJP backer, you'd ask why Modi and Shah would even bother about Rahul Gandhi and Congress. But they do.
Because they are serious politicians who win elections.
That's why their priority is to ensure Rahul cannot shed his 'Pappu' image, points Shekhar Gupta. 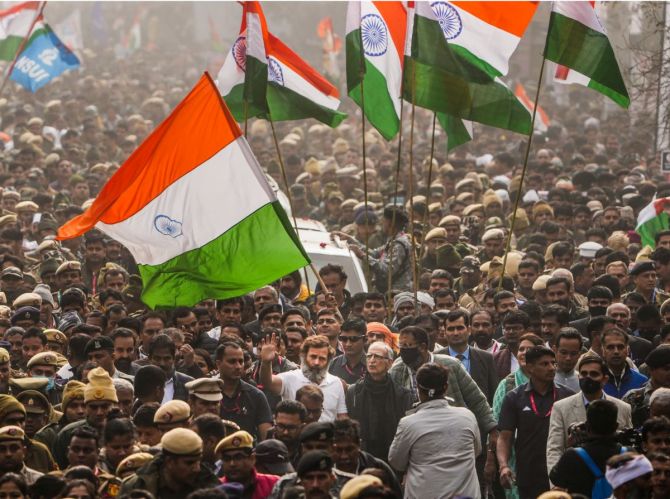 Or has it made the intended impact for his party?

With this Lal Singh Chaddha-esque (sorry, Forrest Gump) campaign, has Gandhi redeemed himself as a mass leader, or only reaffirmed that he's the 'Pappu' his detractors view him as?

And lastly, where do he and his party go after this ends in Srinagar?

In our search for answers, we stay with our favourite three-question rule.

First, does the Congress party matter? Second, what do Congress people want? And finally, what does Rahul Gandhi want?

If you put the first question to Narendra Modi, Amit Shah, or any senior leader of the Bharatiya Janata Party, you will have the answer.

They will say it doesn't matter at all; it's a party owned by a fading dynasty and is in terminal decline. Then check their actions.

Nothing triggers the BJP leadership and its political machinery more than any move by the Congress, even a routine statement by Rahul Gandhi.

The BJP social media machine tracks each twist and turn, step and speech from the yatra. Expectedly, their running commentary has its own spin. 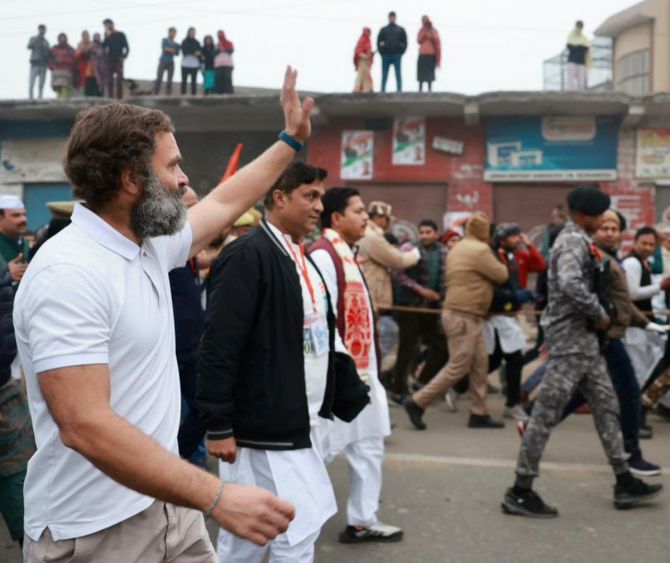 The BJP will never admit it, but it is surer than any other party -- including members of the United Progressive Alliance -- that the Congress is its biggest adversary still. At least until 2024.

The Congress' 20 per cent share of the national vote is still intact, the Aam Aadmi Party has failed to hurt it badly in Gujarat as many (including this columnist) had expected, it has another state under its belt, and will be the only formidable challenge in the state elections coming up in 2023.

The BJP certainly doesn't see the Congress as a challenge for 2024, but the latter is the only party capable of breaking its momentum in the run-up to that.

And a party that's now got so used to winning thrives on momentum.

Karnataka, Chhattisgarh, Rajasthan and Madhya Pradesh are on the BJP's electoral airspace, and the only hostile element lurking in its radarscope is the Congress.

Plus, today there is only one party building a campaign proposition in ideological terms.

The aam aadmi versus Adani-Ambani. Gandhi versus Savarkar. You can be on one side or the other. 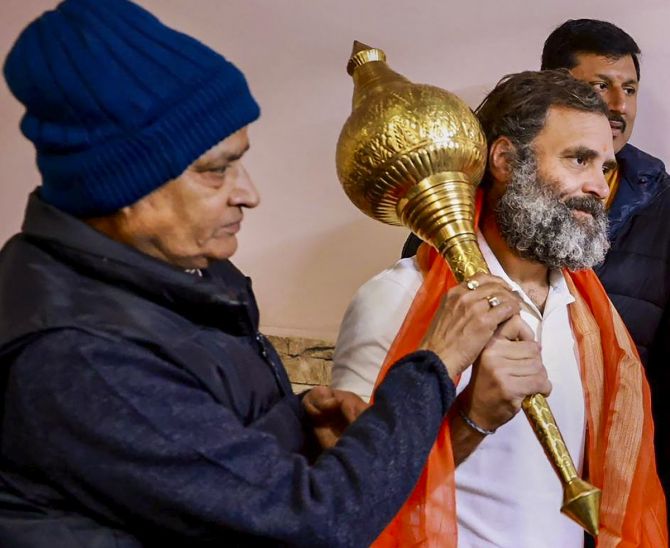 You may argue that all this is fake and hypocritical. That doesn't change the fact that the Congress is the only party even trying to set these binaries.

The AAP avoids all of these, sticking to schools, health, free this and free that.

Other parties are all limited to their respective states.

If you are a BJP backer, you might find this laughable. You'd ask why Modi and Shah would even bother about Rahul Gandhi and Congress. But they do.

Because they are serious politicians who win elections, not mere fanboys.

That's why their priority is to ensure Rahul cannot shed his 'Pappu' image.

The second question -- what do the Congress people want -- is easily answered in one word: Power. Why else would they be in politics?

Which brings us to the third question. What does Rahul want? Which is where we get into trouble. 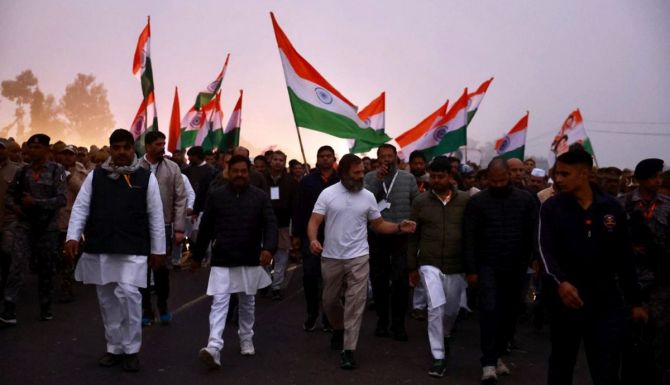 Because we've been asking that question since 2004 and failing to answer it.

Is the yatra telling us something new?

Does he, instead, want to be a new moral force?

Non-electoral but at the same time not apolitical?

A philosopher not a king? And if so, who'd be the king that philosopher Rahul would dispense advice and wisdom to?

He did start a debate of sorts on the day he took over as the party vice-president in Jaipur and described the 'power that everybody seeks' as poison.

I had then countered this as a totally flawed proposition in a column published on April 26, 2013.

In a democracy, we had argued, power isn't a poison.

It is a wonderful gift, an honour and a cherished privilege that the voters give you.

Good leaders, we still argue, should embrace it with joy, gratitude, and humility.

Power and public office are synonymous with public trust.

'Power is poison', regrettably, is a feudal proposition, and should be abhorred in democracies.

If Rahul still does not want power, as indicated by his absence in the recent election campaigns, what does he want?

If Rahul Gandhi's primary objective is to rebuild his tired, demoralised, much-defeated party.

He will use the yatra to raise its morale, bring in a new spirit, an ideological rejuvenation, and new energy while the process goes on to bring in democracy in party bodies.

He's told us since 2004 that ushering in real democracy within his party, or what we may describe as de-feudalising it, has been his project.

That was also his excuse for not taking any responsibility in the then UPA government.

If this is still an ongoing project, something isn't working.

The party did, finally, elect its president after a vote. How good and fair was that contest?

Shashi Tharoor would have lost anyway, so that isn't the issue.

If a real, principled internal change was intended, he would have been treated with dignity, respect and much gratitude after his defeat.

It was his audacity in contesting against the establishment's candidate that gave some legitimacy to the election. That isn't happening. One thing Rahul has achieved to a large extent is lifting the morale and spirits of his almost dead-in-the-water party.

The crowds that have walked with him include a fair number of old workers and loyal voters in the regions he's been traversing.

All that is good for his party. Good, but not good enough.

A film actor, an economist, a superannuated editor, an author, or even a stand-up comic may adore him for gifting them the heady thrill of having participated in a very visible pan-national political movement at zero risk of tear gas or lathis.

For some, much Instagram fame too. This isn't what professional politicians in his party are after.

Which brings Rahul back to where he started. Because what these politicians seek is power, which he described contemptuously as poison.

If he has changed his mind since, his party doesn't know.

They draw uncertain conclusions from his project, which is heavily ideological but so far non-electoral.

If Rahul Gandhi doesn't want direct power, as in elected office for himself, he should say so. He cannot make the same demand of his party.

Here, then, is a question his party comrades desperately want to ask him, but are too scared to.

Are you committing to doing whatever you can to win us power? If not, why this boondoggle? 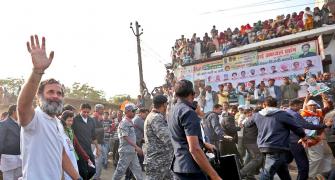 Is The BJP Stung By Rahul's Walk? 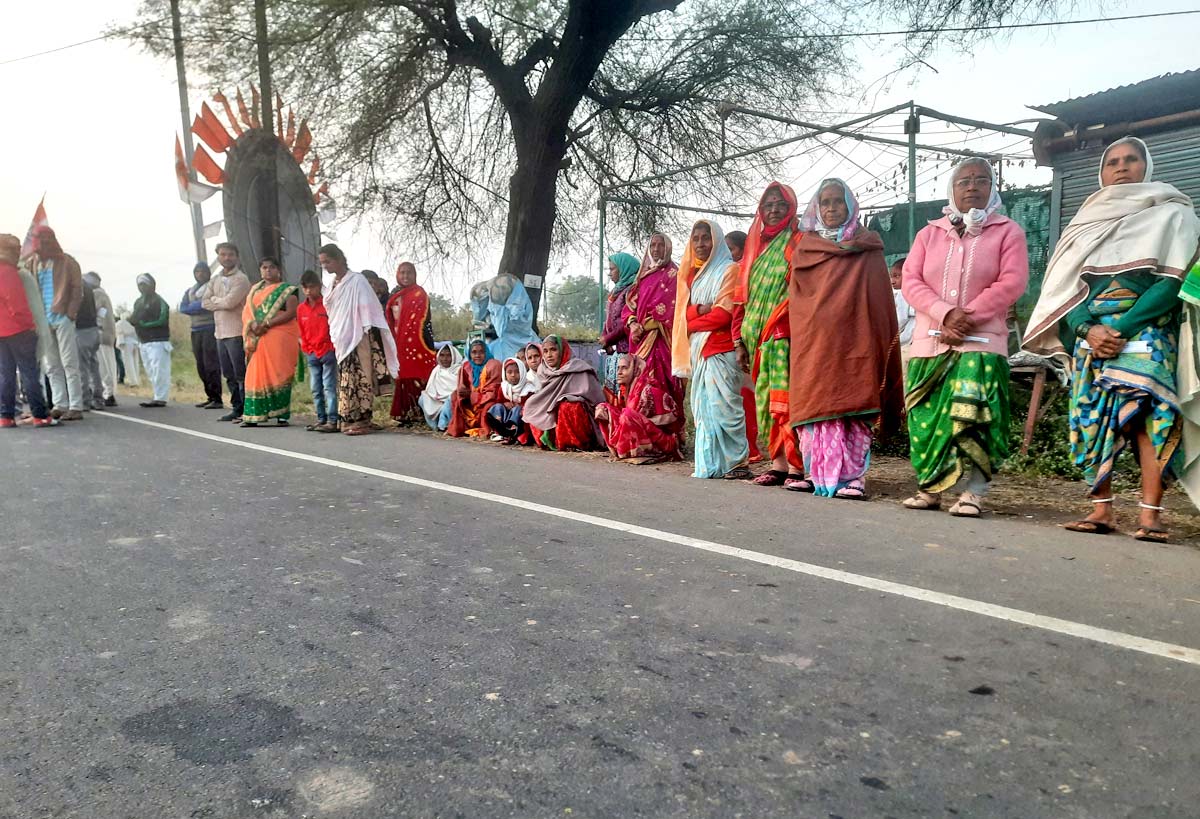 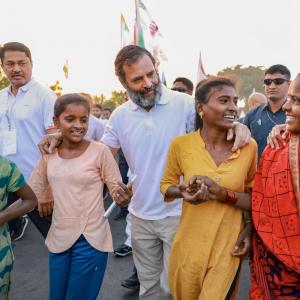