News
Business
Movies
Sports
Cricket
Get Ahead
Money Tips
Shopping
Sign in  |  Create a Rediffmail account
Rediff.com  » News » What has gone wrong in the Northeast?

What has gone wrong in the Northeast?

The Assam-Mizoram violence is an outcome of BJP trying too hard to 'integrate' distinct northeastern states, explains Shekhar Gupta. 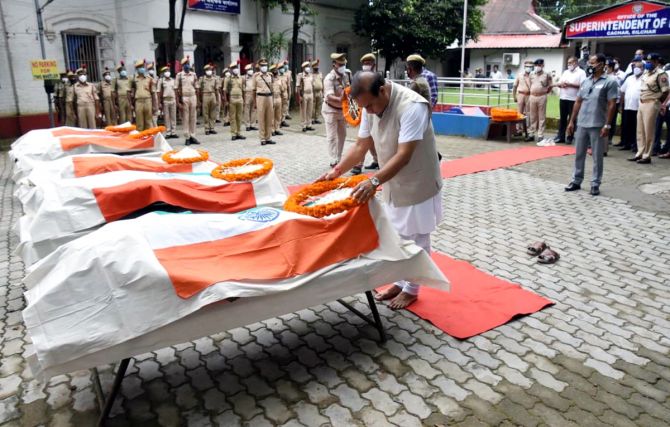 To understand why tiny Mizoram and Assam are fighting for territory with machine guns, we need to raise five questions.

In the answers would lie the nub of the issue.

First, why does Assam have a major, contentious territorial dispute with four of the six northeastern states it shares borders with but not the remaining two? At least not any substantive ones.

Here's a counter question. Why did India have substantive border disputes with almost all its neighbours, and especially those that came into being after Partition?

The explanation is that just as Pakistan was carved out of India, and the boundary with Nepal was inherited from the British times, four of Assam's six neighbours were carved out of Assam between 1963 and 1972.

Just as the border lines between India and its new neighbours were drawn hurriedly and casually by an outside power, the British, the boundaries of the new northeastern states were drawn by civil servants in New Delhi.

If anything, the process might have been even more relaxed because, unlike Radcliffe, in this case the lines were only being drawn within the map of India, between our states.

Mostly, the legacy boundaries from the British times were followed.

The current Mizoram-Assam row is a good example. In 1972, when Assam's district of Lushai Hills was carved out as the Union Territory of Mizoram (it became a full state in 1987), North Block used the last district boundaries drawn by the British in 1933.

Here is the rub.

The British had also drawn another boundary for the same region in 1875 that gave some of the territory to the Mizos, but that was later denied in 1933.

That first demarcation was also under a law, the Bengal Eastern Frontier Regulation of 1873.

The answer to the first question, therefore, is there is a nasty inherited legacy of a hasty division, like the Partition of the subcontinent.

Here is our second question then: Why did the line shift in 1933? What are the Mizos and the Assamese fighting about? They accept the original, 1875 line because they say their tribal elders and chiefs were consulted.

In 1933, no such nicety was followed. It could be that by that time a lot of British commercial interests had developed in the flatter, or gently sloped land next to the Lushai Hills because many tea gardens had come up here.

The Assamese, on the other hand, have a strong legal and moral claim because they say they can only go by the boundaries officially inherited.

Also, that they were large-hearted in letting their massive state being Balkanised like this in the national interest.

This is also the reason why such intense border issues do not fester between Assam, Tripura, and Manipur.

Because those two were already territorial entities by themselves and not created by dividing Assam.

The third question is: Why have some of these border disputes, so latent for several years, come alive now?

And why so, when one political party, which rules India with an overwhelming majority in New Delhi, also rules all of the Northeast?

Either directly, as in Assam and Tripura, or in a coalition (Manipur), through a leveraged buyout (Arunachal) or through 'treaty' allies: Meghalaya, Nagaland, and Mizoram.

We need to note, however, that even in the past the worst of the violent border clashes -- mostly between Assam and Nagaland -- had taken place when the same party, the Congress, was in power in both states.

The last big one, which saw 41 killed in Merapani Bazar village, in 1985 was when Hiteswar Saikia was chief minister in Guwahati and S C Jamir in Kohima. 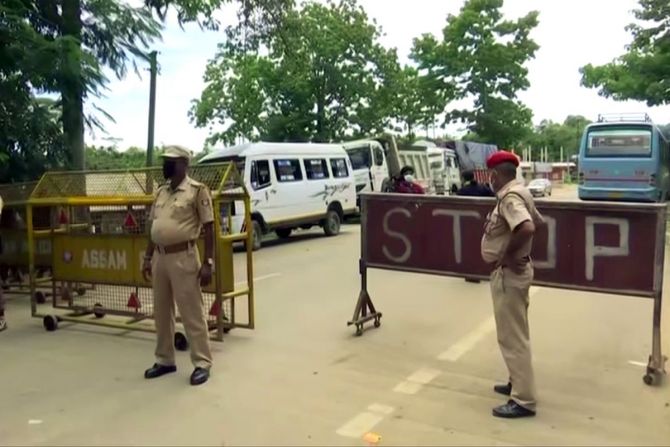 The answer is, simply, the smaller state syndrome -- the same reason for which India's neighbours harboured such anger over disputed borders, and we aren't just talking about (West) Pakistan.

Although a deep conspiracy theory is also believed there that Mountbatten conspired with Nehru to get Radcliffe to give India Punjab's Gurdaspur district.

But for that 'diabolical act' India would have had no direct access to Jammu and Kashmir.

Please don't misunderstand this for my seeing any justification here.

There is none. We are also making a limited point that the smaller, newer states carved out of old, big ones usually harbour such grouses.

The fourth question then. Why was the BJP, its home ministry in North Block, and its anointed grand vizier, if not the czar of the northeast, Assam Chief Minister Himanta Biswa Sarma, not able to foresee and prevent it?

Why is it now not able to blow the whistle, flash the red card, halt the 'play' and send everyone home?

How come both the state governments are issuing statements, threatening each other's forces and citizens worse than nations at war?

How come Assam has now issued this incredible travel advisory asking its people not to visit Mizoram because they might not be safe?

I lived in the Northeast to cover it in the most troubled period of 1981-83, when four insurgencies were raging and Assam was so paralysed that even a barrel of its crude oil could not travel in the pipeline to the refinery in Barauni, Bihar.

Never was such an advisory issued by anyone.

Never over Jammu and Kashmir and Punjab at the height of terror.

Never in India. In 2021, we have established a national first and it is an embarrassment.

I thought that when I went to Merapani in 1985 to cover the Assam-Nagaland clashes and found the BSF separating the two police forces, and guarding the border with BoPs (Border Outposts) as it sets up along international frontiers, I had seen the worst.

How could there be BoPs between our states?

This goes to another level now. To be even-handed, we need to also mention Mizoram MP K Vanlalvena speaking outside Parliament, threatening that the Assamese will be killed.

We come to our fifth, and last question.

Where has India been able to settle its disputed borders and why? India, through a process that began between Manmohan Singh's UPA and Sheikh Hasina's government, and carried forward magnanimously by the Modi government, settled its land and maritime boundaries with Bangladesh.

In each case, the larger neighbour showed generosity and large-heartedness, not cussedness or dadagiri.

That answers the question. It would never happen if India had approached this like the Big Brother.

When we net all these answers off, we arrive at a set of conclusions as to what has gone wrong in the Northeast.

First, the BJP has erred in seeing it as a monolith, just because it rules all.

These are seven distinct states, each with a strong sense of regionalism, ethnicity, and a relaxed view of Indian nationalism.

The BJP is trying too hard to "integrate" these.

In the process it is trying to mend what ain't broke. This has awakened sleeping regionalism.

Next, following the same integrative approach it set up an organisation like the NEDA (Northeast Democratic Alliance).

Compare it with, say, the debate over the creation of the chief of defence staff, or now theatre commands in the armed forces.

The IAF and Navy are a fraction of the Army. But they won't concede it supremacy just because of its numbers.

You have to negotiate, share space, reassure the smaller partners.

Not give them one centralised command system and a commander.

Finally, these small states were created for three reasons: One, because they felt out of sight, out of mind, by the Assam government in faraway Shillong then.

Two, to address their insecurities about being overwhelmed by outsiders and losing their identity.

And three, to give the tribal elites their own share in power.

This was impossible for them in a combined Assam where their numbers were in low single-figure percentages.

Even today, the population of all six neighbours adds up to 15.5 million, which is about 40 per cent of Assam.

They didn't want to be dominated by New Delhi nor by Dispur.

On top of this, the BJP has given them a regional commander-in-chief of sorts in the Assam chief minister.

This is impractical, unwise, and unsustainable. 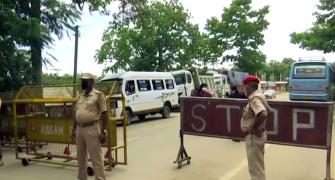 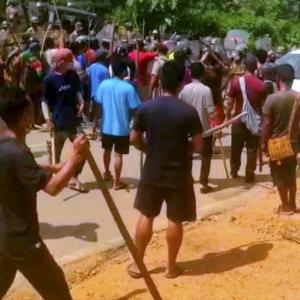