Why did Pakistan sign a cease-fire without acquiring Kashmir, which was the sole purpose of the 1965 War, asks Ahmad Faruqui. Fifty-five years have come and gone since the war was fought. Yet its causes, its conduct and its consequences continue to be shrouded in mystery.

It's not because the topic has not been of interest to scholars and warriors. Academics have written scores of books and articles on the war. Generals and air marshals who fought in the war have penned their memoirs.

Few take the time to read books and scholarly articles these days. Official propaganda on the Internet masquerades as history. This is true on both sides of the border. Here are the top seven myths on the Pakistani side. First, millions of Pakistanis believe that India was the aggressor when it attacked Lahore on the 6th of September. But there is no doubt Pakistan initiated hostilities by launching Operation Gibraltar on the 5th of August and sending in guerilla fighters into Indian held Kashmir.

Second, Pakistanis believe that Operation Gibraltar was successful. The fact is that it failed to rouse the Kashmiris into a revolt against India.

In fact, the Kashmiris turned in some of the Pakistani guerillas to the authorities. Gibraltar's failure led to Operation Grand Slam on September 1st.

Third, Pakistanis believe that Grand Slam was successful. Its objective was to capture the town of Akhnur and cut off India's supply lines into Kashmir.

Fourth, that the war began on the 6th of September. This myth is solidified each year by the observance of the Defence of Pakistan Day on that date. IMAGE: A captured Pakistani Patton tank in what was one the biggest tank battles in military history. Photograph Kind courtesy 1965-Stories from Second Indo-Pak War by Rachna Bisht Rawat

Fifth, that Pakistan won the battle of Khem Karan. A picture showing General Musa on the platform of that train station is held up as evidence.

But Pakistan's strategic reason for sending in the 1st Armored Division was to cut off Indian supply lines from Amritsar to New Delhi. It was not achieved.

Pakistan lost 90 tanks in the battle of Asal Uttar and did not even get close to the Grand Trunk Road.

Sixth, that by bombing Dwarka, the Pakistan navy defeated the Indian Navy. No real combat took place between the navies.

Seventh, and this is the clincher, that Pakistan won the war. Why then did it agree to sign a cease-fire on the 23rd of September without acquiring Kashmir, which was the sole purpose of the war? The fact is that just two weeks into the full-scale war with India, the Pakistan army had begun to run out of artillery shells. The Pakistan air force was running out of starter cartridges for the F-86 Sabre jets.

When President Ayub Khan was informed, he turned pale. He knew the game was over. His ire turned toward the US, which had imposed an arms embargo on both combatants.

That explains the title of his memoir, Friends, Not Masters. There is no mention of the war in the book. He expressed his misgivings about the war in his diaries, perhaps not realising they might be published posthumously.

Ayub was assured by his closest advisers that the war would remain confined to Kashmir. The army had not prepared itself to fight a war with India across the international border.

Indeed, a quarter of the Pakistani army was on leave when war broke out. The air force and navy were not consulted before the army made the decision to send raiders into Kashmir. India upended Pakistan's furtive operations in Kashmir by attacking Lahore on the 6th of September. Pakistan's infantry put up an incredible defense of Lahore, aided by the Pakistan air force, thwarting the attack.

None of this changes the fact that Pakistan failed to acquire Kashmir.

Precious lives and treasure were lost. Nothing was gained.

The decision to send guerillas into Kashmir in August was premised on several assumptions that went awry.

Firstly, that Kashmiris would rise in revolt once they saw Pakistani guerillas in their midst.

Secondly, that India would not retaliate across the international border.

Thirdly, that one Pakistani soldier was worth ten Indian soldiers.

Fourthly, that Hindu morale would not stand more than a couple of hard blows at the right time and place.

And, fifthly, that the US would take Pakistan's side in the conflict, since it was America's 'most allied ally'. A few months after the ceasefire, in January 1966, a humbled and sober Ayub signed a peace deal with India's Lal Bahadur Shastri in Tashkent under Soviet auspices, promising to give up whatever piece of Indian territory Pakistan had acquired.

The status of Kashmir remain unchanged.

In Pakistan, the let down in expectations was huge. To divert the public's attention, Ayub arrested a leading East Pakistani politician, Mujibur Rehman, on charges of treason. He put him on trial in the Agartala Conspiracy case.

Ayub's foreign minister, Zulfikar Ali Bhutto, who had convinced him to initiate hostilities in Kashmir, turned on Ayub in Tashkent. He was fired.

Bhutto went on to create his own political party in 1967, becoming yet another thorn in the dictator's side.

An economic slowdown caused by the war set in. Ayub sought to deflect attention by observing a Decade of Development in 1968.

Riots spread throughout the country. Rallies were held in every major city denouncing him as a 'dog'. IMAGE: Prime Minister Shastri greets Lieutenant Colonel Desmond Hayde, the hero of the Battle of Dograi, who was awarded the Mahavir Chakra for his gallantry in the 1965 War. Photograph: Kind courtesy Indian Army/Facebook

In March 1969, a depressed Ayub confided to his hand-picked army chief, Yahya Khan, that the people had gotten tired of seeing his face. He asked Yahya to declare martial law.

Yahya agreed on one condition: That Ayub hand over the presidency to him.

East Pakistan had sensed its isolation in the 1965 War. A single army division was stationed there and a single Pakistan air force squadron. Its Bengali population had long standing grievances against their economic neglect by the Pakistan government, which was not only based in Islamabad but also dominated by West Pakistanis. They were incensed at Mujib's trial in the Agartala case.

When Yahya annulled the results of the general election in which Mujib's party had secured an absolute majority, and launched Operation Searchlight in March to pin down the rebels, a civil war broke out.

It was followed by a full-fledged war with India in December 1971 which Pakistan lost.

A war to acquire Kashmir ended up costing the country its eastern wing.

The break-up of Pakistan was the saddest unanticipated consequence of the 1965 War.

Dr Ahmad Faruqui is a Pakistani-American who has written widely on Pakistan's defence policies since 1999 in a variety of publications such as the RUSI Journal, Defense Analysis, Defence Journal and Strategic Review.
He is a frequent contributor to Nayadaur TV and Daily Times and has earlier written for The News, Dawn and the Express Tribune.
His book Rethinking the National Security of Pakistan was cited by the Abbottabad Commission of Inquiry.
He holds a doctorate in economics from the University of California, Davis. 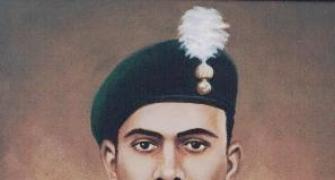 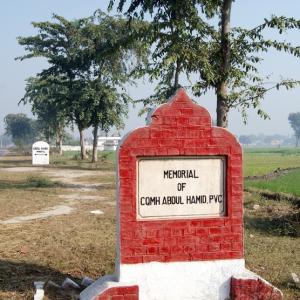 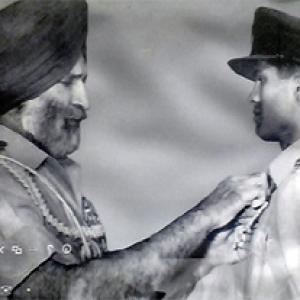