In a landscape dominated by social media, everything begins to matter less for what it is than for how many likes or re-tweets it can generate, says Ashish Sharma.
Illustration: Uttam Ghosh/Rediff.com Without getting into the accuracy of the story, take a look at the bigger picture: That it's not the people or their work that matters, but the data, in this case re-tweets, that their activities generate.

If I close my eyes and think about what all the bots are up to on Twitter, I am less likely to see automated legions cranking out re-tweets than the face of Karl Marx, captioned 'all that is solid melts into air.

That phrase from The Communist Manifesto has long been cited as evidence that Marx, however questionable his own prescriptions for change, had a keen eye for the changes industrialism was working during his day.

Capitalism is everlasting uncertainty and agitation, Marx observed -- a constant revision of the tools of production and the social relations they entail.

In the passage immortalised by those seven memorable words, 'All that is solid melts into air,' Marx hints at a relentless drift towards abstraction at every stage of the production process, that is, a melting away of the solid -- the tangible, the material -- in a capitalist system.

Digital industrialism has indeed helped Marx's prophecy come true, a prophecy made a century- and-a-half ago.

Look at any quarter of the world's economic landscape, and you will see the forces of de-materialisation either on the rise or in full swing.

Money, arguably a virtual reality to begin with, cut its last ties to tangible value in 1971, when the world's currencies went off the gold standard for good.

Other financial instruments -- commodity futures, for example -- have ballooned up into de-materialised derivatives many layers removed from the material goods they represent.

In the modern marketplace, material goods themselves cede pride of place to brands, copyrights, patents, and other intangibles more and more central to the creation of wealth.

And in the case of social media, it's not the people who matter, but the de-materialised data their activities generate.

Take Carter Wilkerson, for example, who owns the most re-tweeted tweet of all time and a year's supply of chicken nuggets.

The 16-year-old student in the US racked up over 3.6 million re-tweets on his plea begging the fast food chain Wendy’s for 'a year of free nuggets'.

Though the chain initially demanded 18 million re-tweets for the food, it settled for 3.6 million, gave Carter his nuggets and donated $100,000 to the Dave Thomas Foundation for Adoption (in his name).

Seeing Carter's success, several people an hour are now begging brands for goods, asking 'How many re-tweets for...' a drink, a year's supply of noodles, a signed copy of a book. You name it.

This stuff -- these likes, these re-tweets -- is not an entirely phantom metric.

They are worth real money, either to brands that want to become 'friends' with you on social media, or to market researchers who want to gather data about a particular demographic.

In a landscape dominated by social media, everything begins to matter less for what it is than for how many likes or re-tweets it can generate -- because more likes or more re-tweets means more data to sell.

In fact, social media companies such as Facebook now occasionally surprise analysts by racking up revenue vastly in excess of their expectations.

Friending and liking, it seems, stoke the growth furnace in the strange new world of immateriality towards which the engines of production have long been driving us.

In short, I think Marx got it bang on: Solidity is melting into air.

Or, put another way, production is melting into likes and re-tweets.

For an example, look no further than singer and social media sensation Dhinchak Pooja, cast in Bigg Boss Season 11 perhaps for her ability to stir up likes and re-tweets. 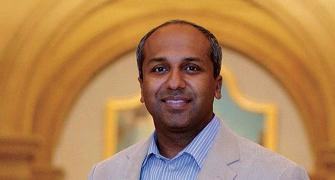 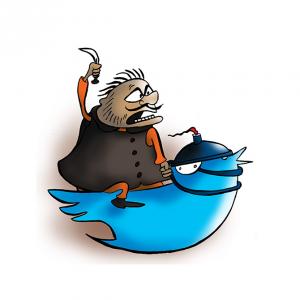