'When you ask one of the established industrialists to execute a large project it is exactly the same as your not asking your neighbourhood dhaba-owner to cater at your daughter's wedding dinner which will be attended by a thousand guests,' notes T C A Srinivasa-Raghavan. 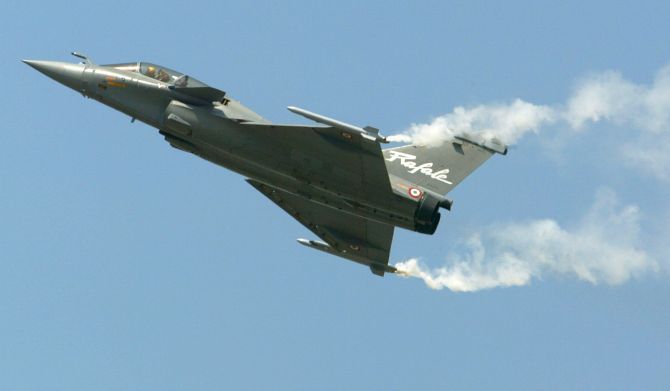 In a half-baked semi-market democracy like ours, everything becomes political.

So it is not surprising that the purchase of the Rafale multi-role fighter jet from France should also become political.

There are two main criticisms being offered.

One is that India has agreed to pay substantially more than warranted.

The other is that there has been crony capitalism at work in the Indian manufacture part of it.

I am not competent to comment on the price/quality aspect, but on crony capitalism I do want to ask this: How do you establish whether a practice is good or bad?

What test/s should be applied to ascertain this?

Or, as the Hindi saying enquires of nitpickers, are you interested in eating the mangoes or counting the kernels?

In the literature on crony capitalism it stinks -- sometimes less, sometimes more, but always it stinks.

However, the literature also shows that crony capitalism is as likely to benefit the country as harm it, because it gets the job done.

This is what statisticians call a Bernoulli Trial, which means that the probability of an event happening is half.

This is not a bad outcome in public policy which is often run by the amateur and ignorant, namely, bureaucrats and politicians.

A closer survey of the literature reveals that the focus has always been on the bad.

The good rarely receives a mention even though there are statistically significant instances of it.

To me the universal condemnation amounts to a fundamentalist position where there is a received orthodoxy that cannot be questioned.

That is why I think the focus of research should now shift away from proving why it is bad to why it is often good too.

Unless this issue is dealt with systematically, there will be a lot of futile breast-beating and finger-pointing that doesn't help.

Therefore, I would propose this simple test: Does crony capitalism, in whatever manner you define it, lead to a misallocation of resources? Or, conversely, does its absence always lead to better allocation?

Indeed, I would go so far as to say that this is the only test that should be applied.

The rest is politics, moral indignation and fundamentalism.

The reason why this should be the only test is this: In a resource-constrained economy, only those who can utilise those resources best should be permitted to do so.

That is, if there is one barber and one tailor in a village, you shouldn't ask the barber to stitch your clothes and the tailor to cut your hair.

In the case of the Rafale, for example, there is only one issue: Do the Ambanis have what it takes to gather together the capital, technology, managerial talent and manpower to get the job done; and whether there is anyone else who can do it better than they can.

You only have to compare their record and size to get the answer.

And, also, from a purely economic viewpoint it doesn't matter which of the two brothers has been asked.

That's just a red herring, as we have seen in some of the other projects.

The point therefore is this: Developing countries are constrained not just by finance and technology but also by managerial capabilities.

So when you ask one of the established industrialists to execute a large project it is exactly the same as your not asking your neighbourhood dhaba-owner to cater at your daughter's wedding dinner which will be attended by a thousand guests.

The importance of size

And just because in a developing economy only a few have the requisite size, and large contracts go to them, it doesn't become crony capitalism.

Crony capitalism is when the government hands over contracts to the incompetent and then tweaks the rules to ensure a positive outcome.

I would say that the entire public sector falls in this category.

This is not to say there should not be competitive bidding and transparency and all those lovely things.

But in a human resource constrained economy these things aren't always possible.

That said, it is, of course, necessary to make sure that there is no hanky-panky arising out of an abundance of collusion and corruption, and a total lack of competence.

But that is a second order problem which parliamentary and media vigilance can address, if not fix. 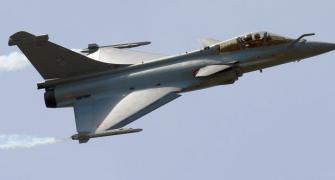