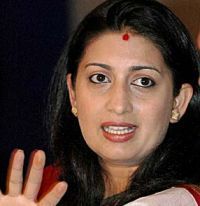 One can understand that all MPs are equal in that sense and are endowed with varied talents but that does not automatically qualify them to run ministries. Some are adept at meeting challenges and some simply are not, and remain ornaments. By seeking pro-rata quotas, the very purpose of a forming a ministry of talent is lost, says Mahesh Vijapurkar.

Smriti Irani’s suitability to head the human resources development ministry is a matter which time would resolve itself, despite the hullaballoo about her not even being a graduate. Yes, in the 21st century, when the world is getting complex, and ability to fit the population to emerging changes, is indeed a huge task.

Generally, Congress’s Manish Tewari has lot of words which mean little but this time, vis-a-vis Irani, he was on the dot. To him education, intelligence and superficiality are three different things. I see technocrats or experts seldom lead ministries, and most learn on their jobs. She leaves if she did not perform, and someone else takes over.

Prime Minister Narendra Modi would have judged her suitability, unless of course, it was pay-off time because she was a stout defender of Modi, stood her ground on television debates, and also took on Rahul Gandhi in Amethi, not an unenviable task. Leaders generally tend to assess their team members well.

This issue, of Smriti Irani being able to deliver, would slowly unfold, because one has hardly ever come across a ministry of any hue which was a collective of PhDs with sharp minds. A minister could garner wisdom from multiple sources by wide consultations and have her officers implement a policy cleared by the cabinet.

Talent is not widespread, even among politicians. Take civil aviation. The minister may at best have been exposed to travelling on planes, and comparing the experience as a consumer would without the nitty-gritty of policy making, of an understanding of the entire sector. A railways minister has never been a technocrat.

What is worse is a prime minister being forced to depend on a team not of his making, which can happen because he heads a shaky coalition or has a boss, like Sonia Gandhi, looking down over his shoulder. The Dravida Munnetra Kazhagam demanded and got its man, A Raja in with disastrous consequence.

Given his majority on the party’s own strength, and more appropriately his own, Manmohan Singh’s lot needn’t be Modi’s too. He has come to head the government because of the perception and claims that he was a doer, and an efficient one at that, as he showed in Gujarat. To do that, he needs hisTeam Modi.

While coalition partners too contributed to the votes that BJP secured, Modi needn’t necessarily be obliged to pander to the demands of his allies. If he did, it weakens the very structure on which he has to depend to deliver on both promises. But pesky partners can ruin that run.

Having fought the elections as a coalition, Modi is obliged to find slots for them at least to ensure esperit de corps. It is easier for him to avoid the septuagenarians in his party in the ministry -- L K Advani and Murli Manohar Joshi being some of them -- than to ignore the alliance members.

That, however, should not automatically confer the right to a pro-rata share in the power structure because that militates against the requirement of forming a team that would deliver. Such sharing reduces the ability to opt only for talent. No doubt politicians are clever, but are the capable to do a job just because they got elected?

The first thing that comes to my mind is that people contest elections because they believe they can form their fiefdoms on local issues when the actual intent of a general election is to throw up a Parliament that makes laws and some of those elected are in government to administer the law. Few are in the race because they carry talent to the government.

Look at Anant Geete in this context who found the assigned department a lightweight and his party did not get two more of its MPs in the cabinet. Anbumani Ramdoss wants a cabinet berth because he is the only one from the BJP’s allies in Tamil Nadu. Their grief is apparently bigger than Advani who helped the BJP grow.

It does not matter to Anbumani that he has a Central Bureau of Investigation case for allegedly abusing his position in a previous government to help start admissions to a medical college in Indore, despite an apex court bar. Because they bring the numbers with them, the partners have to be accommodated.

Many became partners, unlike Shiv Sena and Akali Dal, both of long standing. Many swerved from their claimed ideologies, like Ram Vilas Paswan did, because opportunists know how to read the tea leaves. Modi’s emergence as PM was near certain and they needed to be in power which is also addictive

Power has a perverse purpose. The new BJP’s allies, though unsure if Modi would oblige, are not alone in showcasing this. Recall how Mani Shankar Aiyar and Jaipal Reddy, both minsters with a mind of their own, were dispensed with from their departments because it didn’t help someone’s interests? But that’s how Indian politics is run.

The burden of this piece is that by sharing power by providing positions in the cabinet is antithetical to providing a government that performs with a single-minded purpose of governing well. Sharing responsibilities is quite another thing, and that can come from being a mere member of the ruling coalition and performing well in Parliament.

One can understand that all MPs are equal in that sense and are endowed with varied talents but that does not automatically qualify them to run ministries. Some are adept at meeting challenges and some simply are not, and remain ornaments. By seeking pro-rata quotas, the very purpose of a forming a ministry of talent is lost. 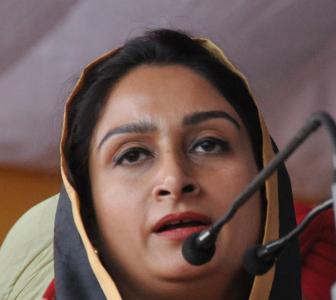 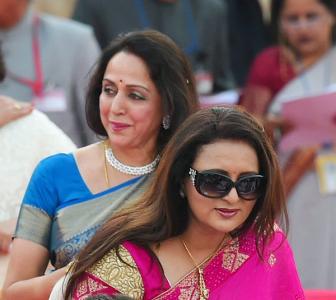 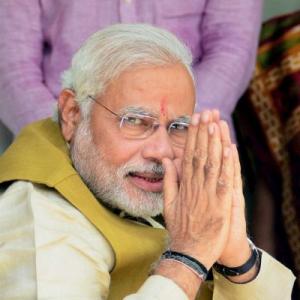 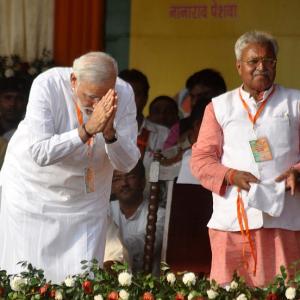