Parliament@60: Time for some stock taking

The most positive development over the last 60 years is the political empowerment of disadvantaged groups, introduction of the committee system and better policing of members. However, we still need to address the issue of dysfunctionality of Parliament, MPs' disdain for law making and the absence of periodic audit of the working of Parliament by independent citizens, says A Surya Prakash.

Earlier in our series celebrating 60 years of Parliament:
Aakar Patel: Parliament's role in making India a great nation is over
Subhash Kashyap: People feel that for our MPs the nation comes last
Arvind Kejriwal: MPs are bonded labour of their parties
Shashi Shekhar: Nothing diminishes the fact that we are a Great Nation
Rajeev Srinivasan: Parliament: Is it worse than it looks?
Suresh Prabhu: The glue that keeps the country together
T V R Shenoy: Let us not pretend that our system is flawless
Rohit Pradhan: If people don't hold Parliament accountable, who will?

How have the two Houses of Parliament functioned over the last 60 years? Have they fulfilled their mandate of overseeing the work of the executive, keeping tabs on the government and protecting the interests of the people? Are our MPs still committed to public welfare? Do they take their parliamentary duties seriously? Do they still retain a moral and ethical framework for their work?

These questions come naturally to one's mind as the Lok Sabha and the Rajya Sabha celebrated their 60th birthday on May 13 (they came into being on May 13, 1952). Our parliamentarians are in a celebratory mood and had a special sitting on that day, despite it being a Sunday. However, as all Indians know, the 60th birthday (Shashtaabdi Poorthi) is also a day for some sober reflection on life gone by and on what lies ahead. So, away from the din in the two chambers, there is need for some quite stock-taking on the efficacy, relevance and standing of these two democratic bodies that are at the apex of our democratic structure.

Since this is a birthday celebration, it would be in the fitness of things to begin on a positive note. The biggest achievement of the two Houses of Parliament is that they are far more representative of the Indian people now than they were 60 years ago. We can now see the occupational democratisation of the Lok Sabha.

Almost half the members of the first Lok Sabha comprised of lawyers (36 per cent), journalists and writers (10 per cent) and most of them came from dominant Hindu castes.

The political empowerment of hitherto disadvantaged groups has brought about a change over the last two decades and the composition of the Lok Sabha is far more balanced now in terms of occupation, caste and class of members.

The first Lok Sabha had 112 non-matriculates. This came down to 19 in the 14 Lok Sabha. Again, the first Lok Sabha had 277 graduates, post graduates and doctorates. In the 14 Lok Sabha as many as 428 members could boast of such qualifications. The political empowerment of the less privileged has also changed the composition of the state assemblies for the better and this in turn has changed the composition of the Rajya Sabha because the assemblies elected Rajya Sabha members.

The upper House too has begun to mirror the social, political and economic diversity of Indian society.

A couple of other developments that are of a positive nature are the introduction of the committee system and the televising of parliamentary proceedings by Speaker Shivraj Patil in 1993. The constitution of department-related committees has improved Parliament's oversight functions and has nudged MPs towards specialisation. The televising of Parliament has lifted the purdah on Parliament and enabled people to see it in its true colours. It has also improved the sartorial sense of MPs if nothing else!

However, there are many items of the negative list: The Question Hour has lost its zing.
The inquisitorial nature of this hour which one saw in Parliament up to the late 1980s when ministers trembled at the thought of being subjected to harsh interrogation by the likes of Bhupesh Gupta, Indrajit Gupta, Atal Bihari Vajpayee, Madhu Limaye, Piloo Mody and Madhu Dandavate are over.

Today, MPs who are ill-prepared or lack the moral courage to pin down ministers appear uncertain and nervous and ministers like P Chidambaram, who are wanting in democratic etiquette, talk down to them! Many other parliamentary instruments like adjournment motions, call attention motions and short duration questions have become rusted. The government is no longer afraid of the opposition, because the latter is not clothed in moral authority any more. Compare this to the situation in 1957 when a question put by Feroze Gandhi, an MP belonging to the ruling party, led to the unearthing of the LIC-Mundhra scandal and the eventual resignation of the then Finance Minister T T Krishnamachari.

Yet another troubling statistic is the decline in the number of sittings of Parliament per year. In the 1950s, Parliament had an average of 123 sittings, in the 1960s it rose to 138 sittings. This had declined drastically to just 78 sittings in the year 2003. In recent years, the total sittings per year is down by about 30 per cent compared to the situation in the 1960s. The irony is that while the work of government is expanding, the work of Parliament which has oversight responsibilities is declining. How do MPs keep a watch on the working of government?

As regards individual MPs, the report card is disappointing. The distance between MPs and the electors is growing; the motto in the 1950s was simple living, high thinking. Now it is high living, no thinking. MPs want to flaunt their power and wealth and stay away from the aam aadmi.

They want red beacons atop their cars; they are obsessed with their privileges and have a disdain for ethics; they neglect parliamentary duties; attendance is abysmal during passage of bills and there is high absenteeism in committees (50 per cent). The list is endless and all this has taken its toll on the working Parliament.

On the issue of maintaining standards in public life, India's Parliament started on the right note when it decided to expel H G Mudgal, a member, for advancing the cause of the Bombay Bullion Association in the House for a price. After much negotiation and  haggling, he accepted an advance of Rs 2,700 and raised questions of behalf bullion merchants.

But that was in 1951 in what is known as the provisional Parliament that existed prior to the constitution of the two Houses in May, 1952. However, after the Lok Sabha and Rajya Sabha came into being, a certain laxity crept in when it came to moral and ethical issues. Parliament watched in silence when a member forged the signatures of 20 MPs on a memorandum submitted to the Union commerce minister on behalf of liquor importers from Yanam and Mahe, former French territories. The MP was prosecuted, sentenced and jailed by the court, but there was no admonition or punishment by Parliament.

Sensing public resentment, Speaker Shivraj Patil proposed a code of conduct for legislators in the early 1990s and the privileges committee of the Lok Sabha followed this up with a recommendation that Parliament adopt the code of conduct and establish a committee to look into both privileges and ethics. These developments led to the establishment of ethics committees in the two houses, but the committees have by and large remained dormant.

Parliament therefore needed a major jolt to get it out of its stupor and to understand the growing public concern over the fall in ethical standards among MPs. This happened with two sting operations conducted by television professionals in 2005. The first of these exposed a 'cash for questions' scam in our Parliament. MPs were willing to raise questions in Parliament for a price (Rs 30,000 to Rs 1.10 lakh). The tapes aired on a television channel came as a shock to the people. Swift action followed. The two Houses referred the matter to committees and on the basis of their reports 11 MPs were expelled from Parliament.

Around the same time, there was another expose vis-a-vis the MPLAD scheme. A television channel showed four MPs or their personal staff demanding money to recommend projects under this scheme. Here again, based a committee's findings, the MPs were reprimanded and suspended from Parliament for a while. But the most shocking case was that of a Lok Sabha member who was into human trafficking. He was caught smuggling a woman to Canada on his wife's passport. Action was swift. He was and criminally prosecuted and later expelled from the house.

So, what does the balance sheet look like? As stated earlier, the most positive development over the last 60 years is the political empowerment of disadvantaged groups, introduction of the committee system and better policing of members.
However, we still need to address the issue of dysfunctionality of Parliament (loss of over 30 per cent of parliamentary time to disruptions), MPs' disdain for law making and the absence of periodic audit of the working of Parliament by independent citizens.

A beginning can be made with a review of the practice and procedure of Parliament. This has never been more pressing. Though the two Houses have been in existence for 54 years, we have not had an independent audit of the working of Parliament and this has contributed in no small measure to the growing hiatus between this elected body and the people. A look at the quality of debates and the efficacy of parliamentary instruments will give us an idea of how far removed we are from that ideal Parliament that we all thought we would have after independence.

Finally, since it's the 60th birthday of our Parliament, let us end our diagnosis on a positive note by borrowing a phrase from Vajpayee. Our Parliament is 60, but it will neither tire, nor retire! Instead, it will go on to perpetuity and hopefully become more efficient and more responsive to the aspirations of the people. Why BJP has not emerged as national alternative to Cong 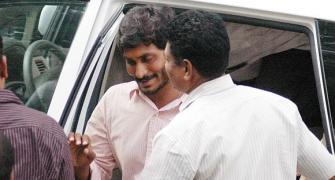 If people don't hold Parliament accountable, who will? 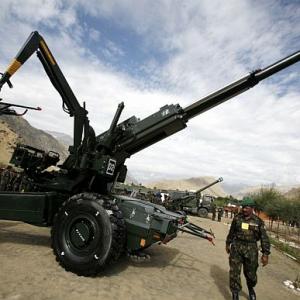