News
Business
Movies
Sports
Cricket
Get Ahead
Money Tips
Shopping
Sign in  |  Create a Rediffmail account
Rediff.com  » News » Notes from past: President as holder of other offices

Notes from past: President as holder of other offices

Our current presidential candidates can perhaps take a cue from history and subject themselves to greater self-examination and scrutiny; it will surely augur well for the dignity of the exalted office that they so eagerly aspire for, says Anirban Ganguly.

Despite their -- at times -- acute political differences and acrimonious exchanges our founding fathers were quite transparent while setting norms for themselves and for the high offices they occupied. They were conscious that their actions of today would set a constitutional and governance pattern for tomorrow. Their self-scrutiny was often exacting and impartial. The present Indian Statistical Institute and office of profit issue which has opened a new dimension to the presidential race brings to mind another episode from the past.

Within days of assuming office as President of the Republic, Rajendra Prasad decided to seek clarification on the posts he held with a host of organisations. On February 1, 1950 he thus wrote to Nehru seeking advice on what to do, 'There are several institutions and associations with which I have been associated. In some cases the association is more or less nominal whereas in others it involves my actual participation in their work or in settling their policy. I shall be obliged for your advice as to what I should do.'

Prasad was certain that he could not 'continue as chairman of the Development Board of Faridabad or of Rajpura' or continue as a member of the Congress Working Committee but he was unsure whether he should cease to be a 'member of the All India Congress Committee and cut off ' his connection 'with the various other trusts.' True to his transparent nature, Prasad appended, for the perusal of the prime minister, a list of the institutions with which he was connected with.

Nehru replied to 'Rajendra Babu' the same day, 'It seems to me that, as President, it will be difficult for you to continue your association with these organisations in the capacity of an office bearer or a member of an executive committee.' The prime minister pointed out that Prasad could not continue 'as an active member of the Indian National Congress or of the AICC' and asked him to make it 'clear to the Congress president that you cannot function as an active member of the Congress.'

He could just perhaps continue as an ex-officio member of the AICC and 'leave it at that.' Nehru also asked Prasad to desist from continuing as president of the Gandhi Memorial Fund and as chairman of the Faridabad and Rajpura boards. 'I am inclined to think,' he concluded, 'that the best course would be for you to inform all the organisations with which you have been associated that on your assumption of office as President it is not in fitness of things for you to remain as member of those organisations, though no doubt your interest would continue.'

Bringing Nehru's advice to Patel's notice, Prasad informed him that in view of the prime minister's advice he had written to 'the various institutionsand told them that I shall not be able to continue my association with them.' But, Prasad pointed out, 'some of them say that their institution being non-political, there is no reason why I should resign.'

Patel's reply was succinct and in line with the prime minister's, laying a stringent guideline for the occupier of the high-office of President of the republic. 'I feel that, in this matter, you should be guided by what the prime minister has advised you', such advice was 'consistent with the dignity, position and aloofness of the high office which you occupy.'

But as always in these matters, Patel exercised a great deal of diligence while evolving constitutional norms and standards. On February 26, he referred the matter to G V 'Dadasaheb' Mavalankar, the first Speaker of the Lok Sabha, asking him to examine the position, especially related to Prasad's continuing as president or trustee of GMF.

Mavalankar wrote back on March 6 saying that he was at first in doubt whether Prasad 'could not continue even as a trustee of the fund.' The point of distinction he had then in mind was that while Prasad 'would be holding an executive office as President of the fund his duties as a mere trustee were purely deliberative.' Mavalankar could not, initially, be clear as to why Prasad may not continue to be even a trustee.

The doubts were eventually cleared after a detailed discussion with M C Setalvad, then attorney-general. 'I now feel clear' explained Mavalankar, giving the background that 'it is desirable that he should not continue even as a trustee so long as he holds the high office as the executive head of the state.'

Mavalankar also elucidated the salient points of the reasoning, demonstrating the effort and consideration given to the issue. 'The main ground of distinction', argued Mavalankar, 'between private and personal capacity and one's capacity as a trustee will depend upon the nature of the trust. In cases of public trusts, it is clear that the responsibility as a trustee is voluntarily undertaken and does not arise as a result of any obligations resulting from certain legal relationship.' It was thus proper that 'what is voluntarily undertaken as a public duty should be given up while undertaking another public duty which may perhaps come in conflict with the first duty.'

The other distinction was that since the trust under examination undertakes a number of schemes, it was very 'probable that he [Prasad] may be dragged into a court of law by some people at some time, and the head of the state should not be given an opportunity to be made a party even as a pro forma trustee so long as he is President.'

It was Mavalankar's conclusion 'after very careful consideration, that 'the advice which you [Patel] and Pandit Nehru were giving was proper and correct.'

In order to clear any lingering doubt that the decision was political or motivated Patel appears to have forwarded a copy of Mavalankar's letter to Prasad in order to assuage his feelings and call for his seal of acceptance.

Our current presidential candidates can perhaps take a cue from this page of history and in its light subject themselves to greater self-examination and scrutiny; it will surely augur well for the dignity of the exalted office that they so eagerly aspire for! 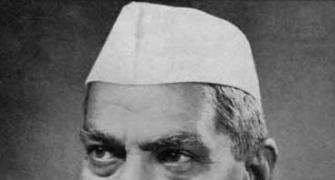 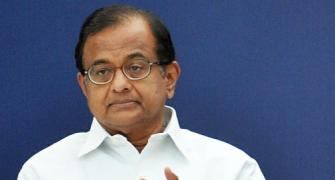