West Bengal is poised to become the rape capital of India, but its chief minister refuses to face reality, says Debosmita Sarkar. 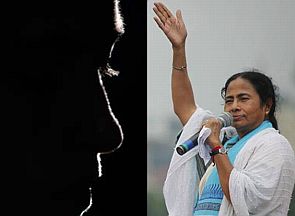 This famous Charles Dickens quote is an apt description for how I feel as a woman in West Bengal today.

Taking on the media recently, our chief minister, Mamata Banerjee, asked, ‘Are all women in the state being raped?’

Clearly, Madam Chief Minister, not all women in West Bengal are being raped. It is equally clear, however, that none of us are safe here.

The ridiculousness of this question has only strengthened the determination of those who are fighting for justice.

With every passing day, both within and outside West Bengal, more and more people are beginning to believe the new regime is far more vindictive, violent, corrupt and insensitive than the earlier one. That this administration is uncivil, it promotes identity politics and thrives on utter falsehood. That it is a curse for the state.

The cruel irony is that the suffering millions are extremely hesitant and cautious about the alternative.

The Delhi rape and murder, which captured the shocked attention of our nation, was one of the gruesome crimes in recent months. But the cruelty displayed by the Kamduni rapists in West Bengal last month was just as demonic.

A young girl, barely 20, was returning home after giving a university exam when she was abducted, gang-raped by at least nine men and brutally murdered. Her body was mutilated -- her legs ripped apart till her navel and her throat slit -- before being dumped.

Unlike what happened in Delhi, however, the chief minister of West Bengal is playing games. Mamata Banerjee first gave many false promises to the villagers. She then tried to break their morale by branding them Maoists and CPI-M supporters. She even claimed there was a conspiracy to kill her at Kamduni when she visited the village.

There are those who believe the government cannot be held responsible for every rape that happens in the state. However, one cannot help but wonder why the TMC government attempts to downplay the severity of each of these crimes by questioning the 'character' of the victim. This is a notorious a trend.

Due to an incomplete and inconsistent chargesheet, the Barasat court -- under whose jurisdiction the Kamduni case falls -- has not yet been able to frame charges, leading to delays in the judicial process. The demand for a CBI inquiry is getting stronger every day.

To preempt this demand, the prosecutors have appealed to the high court that the case be quashed. The CID is already under a shadow in this case, after having filed a chargesheet filled with errors. Following a reprimand by the court, the chargesheet was corrected and re-filed.

Public prosecutor Manjit Singh then appealed for the transfer of the case from Barasat on the ground that fear of the agitating villagers had stopped lawyers from defending the accused.

The facts say something else.

The lawyers of the Barasat court had unanimously decided not to defend the accused of this most heinous crime much before the submission of the chargesheet.

But neither they, nor the villagers, have ever said they won't allow outside lawyers (presumably to be sent by TMC) to defend the accused.

The government’s design is clear. Now that its earlier strategies have failed, it wants to shift the case to another court so the resource-less witnesses can be cowed down by the police and the goons of the Trinamool.

The victim’s family and neighbours are clearly worried and have appealed to President Pranab Mukherjee to ensure there is no miscarriage of justice.

But Mamata Banerjee is determined to do the exact opposite of what she promised at Kamduni.

She is desperate to ensure the release of accused for two reasons. First, they are TMC men -- the main accused is a relative of a TMC pradhan. Second, they are Muslims. Her vote bank obviously is more important than justice to the dead girl's family.

I doubt if the current situation in West Bengal, under the aegis of this megalomaniacal chief minister, is any better than the Dark Ages.

Even West Bengal’s director general of police, Naparajit Mukherjee, seems to be in denial mode. When the National Crime Records Bureau released the state’s crime statistics, he said, ‘Rape incidents and other heinous crimes have come down considerably. We have written to the NCRB, but they refuse to publish our disclaimer and remove this misconception about the state's overall crime scenario.’

My strongest recommendation, Sir, would be for you to lift the veil and see what is happening to women in our state.

Strangely, though West Bengal is poised to become the rape capital of India, the protests here are few and muted. This is largely because Mamata Banerjee’s tyrannical rule has induced a fear psychosis among Bengalis. The people of India must register their protest against this autocrat who has, by her omissions and commissions, consistently encouraged heinous crimes against women.

The state government in New Delhi has not denied the horrific rape that took place in a moving bus, a rape that rocked the nation. But Banerjee and her equally repugnant colleagues continue to flatly deny such cases. They punish police officers who solve these crimes and brand the victims women of 'bad character'. Last year, they justified a rape on the grounds that the victim was the wife of a CPI-M supporter.

A rape is a rape, there cannot be a degree attached to it. But, in West Bengal, not all rape victims are equal. Here, we first measure the degree to which the female has been assaulted.

The media is also at fault because of the manner in which it reports these incidents. With the focus on the actual arrest, the horror of the actual rape is diluted. Instead of focusing on the fact women are no longer safe in West Bengal, most people are interested in projecting a public stance. Facebook and Twitter overflow with hatred.

People share messages about a proposed protest march but, on the day of the march, hardly anyone turns up. Most of the organisations are just focused on seeking publicity.

I have great respect for those students of Delhi University and Jawaharlal Nehru University who turned up despite the cold weather to show their support for the Delhi victim.

Women have always been subjected to domination and humiliation from a patriarchal society. Today, influenced by ‘modern ways’ of thinking, men have taken this to a whole new level.

Women’s empowerment is a much-hyped topic, yet it seems like a joke in a place like West Bengal today where rape seems to have become the norm.

In a land where the mother goddess has been worshipped since ages, parents are now teaching their children to cope with a harsh new reality. Their tender young minds are being exposed to such kind of negative news every day.

Initially, women lagged behind because they lacked, or were not allowed, education. Now, when that problem has been reasonably solved, they are being dragged back by the issue of security. Women cannot flourish in West Bengal because they are not safe.

Teenage girls and working women between the ages of 25 and 35 are the ones facing the most danger.

A Mumbai-based television anchor who was recently attacked in Kolkata is now ashamed of her home city.

How will girls work in the IT sector if the whole system is guarded by ruthless sex-obsessed men?

The irony is that West Bengal is ruled by a woman, but the women in the state are not safe.

Even the most hardened soul would shudder when they recall the rape of an 18-month-old baby on the streets of Kolkata barely a year ago.

The state’s heinous reputation has adversely affected its tourism industry.

With West Bengal already straining under a huge debt, what would happen if its reputation affected the foreign aid that is shoring up the state?

The bottom line is that it is no longer ‘ekla cholo re’ for women in West Bengal.

Instead of focusing on her vote bank, what Mamata Banerjee needs to do is take rational decisions and help free West Bengal from this tyrannical situation.