For Yoginder, it is a release from pain.
But for us, his friends, it is the loss of a warm and generous life companion, says Nitin Desai of his 50-year association with the eminent economist who passed into the ages on December 6, 2022. 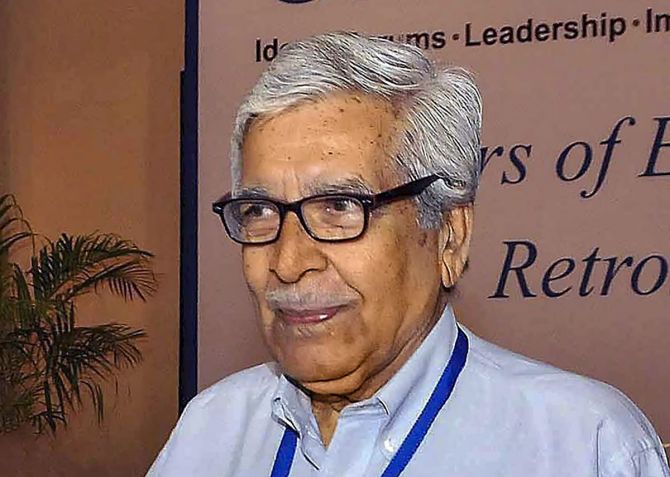 My dear friend Yoginder Alagh passed away on the afternoon of December 6 after a period of illness. We had known each other for over 50 years and became close friends, thanks to his warmth and sociability.

But about 50 years ago, he came to Ahmedabad and joined the Sardar Patel Institute of Economic and Social Research, which he remained connected with for the rest of his working life.

He entered the policy world of Delhi in 1973 when he joined the Planning Commission and headed the key division of Perspective Planning. That is where he did pioneering work on many issues.

He led the committee that defined the poverty standard, and, with his open-mindedness, he argued for revisiting the recommendations later when he felt they needed reconsideration.

But I also remember once when some ministry (I think it was the finance ministry) was answering a parliamentary question on poverty standards, and he complained: 'Why are they taking away our business!'

He also started the process of establishing a system of agricultural planning based on ecosystems rather than specific crops. Still, it was never implemented because government policy was firmly rooted in crop subsidies.

One positive result was his emergence as an influential agricultural economist who helped the Gujarat government thoroughly analyse the Narmada irrigation project. His books and articles on development planning are well worth a read.

Yoginder went back to the Sardar Patel Institute and rejoined the Planning Commission as a member in 1987.

His connection with the academic world remained strong, not just because of his continued association with the Sardar Patel Institute but also when he became the vice-chancellor of the Jawaharlal Nehru University in 1992.

He was elected to the Rajya Sabha from Gujarat in November 1996 and continued till April 2000. From 1996 to 1998, he was a minister of state (independent charge) for planning and programme implementation, science and technology and power for the Government of India. He headed various institutions and commissions and acted as an expert with several UN organisations.

When he joined the Planning Commission in 1973, his room became our lunch station. About six of us gathered there and talked freely about policy issues, including during the Emergency years, when our discussions were free and frank. Like the rest of us, he was argumentative but also open to ideas from his work-mates and friends.

Yoginder was an exceptionally generous person. I remember the effort he put into entertaining his friends in Ahmedabad and Delhi.

When I visited him in Ahmedabad during the early seventies, he would get the best meat in town to meet my non-vegetarian desire. He connected his family with mine and other friends so that our wives and children became part of the group of friends.

He is now gone after a long period of health issues. For him, it is a release from pain. But for us, his friends, it is the loss of a warm and generous life companion.

Nitin Desai is a former chief economic advisor to the Government of India and former under-secretary-general for economic and social affairs of the United Nations. 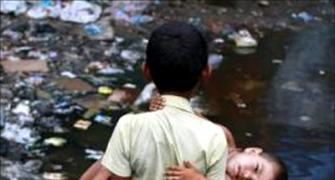 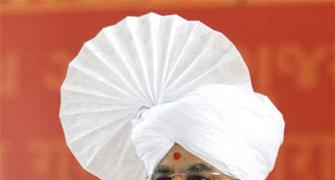 An interview with Minister of State for Power Y K Alagh