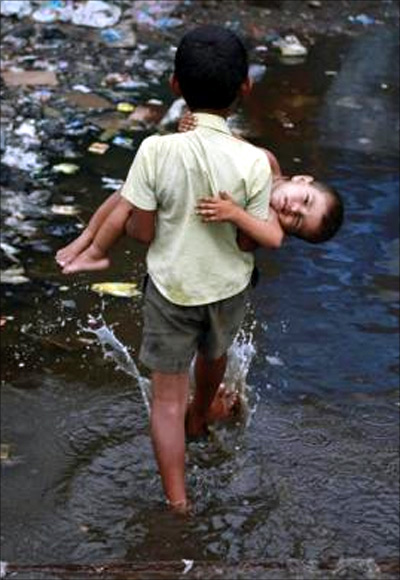 Statistician K L Datta, who has written much on the anomalies in the Tendulkar methodology said the problems inherent in the estimation done for 2004-05 and 2009-10 were evident in the one done now for 2011-12.

The Planning Commission has issued poverty estimates based on the Suresh Tendulkar methodology, while admitting it was not taking this seriously.

Which is also what quite a few statisticians feel about these estimates, including the man regarded as the father of India’s first official poverty line estimate in recent times, Yoginder Alagh.

Alagh headed the first task force on the issue, in 1978. He is dismissive of the methodology devised by his colleague in that task force, the late Tendulkar. “I told him it made no sense. By making the urban poverty line the national line, the methodology was not changed, whereas I was arguing for changing it in keeping with the changing times and aspirations of the people,’’ says Alagh.

“Tendulkar said he wanted to keep a link to the past. You have to come with a new methodology. That poverty line developed by me 40 years ago is in tatters. Tendulkar could not alter it the way it was required.”

He said a new methodology needed a national process of consultation and while there was no reason to believe that C Rangarajan, who heads the committee set up to devise one would not do so, there was no sign of this happening. “The whole process seems to be in a limbo.” 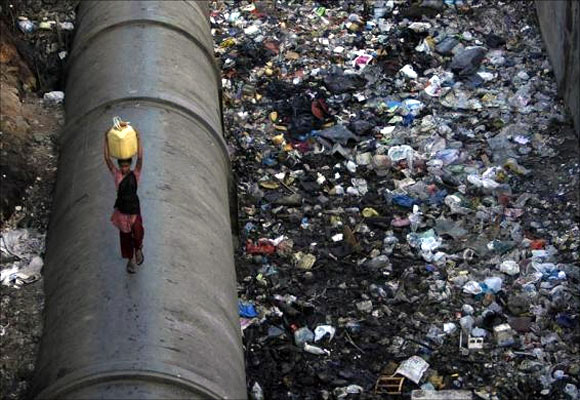 Image: A girl carries water as she walks on a pipe in a polluted slum area in Mumbai.
Photographs: Danish Siddiqui/Reuters

He added the government was probably forced to make the estimates because the food security ordinance requires the Centre to give some estimation of poverty in the states.

The commission has in a footnote to the statement on poverty estimates said it had made the estimates only because the Rangarajan panel was taking time to devise the new methodology.

A second reason it gave for using the Tendulkar method was because of the availability of the National Sample Survey Organisation’s latest data on consumption expenditure, for 2011-12. 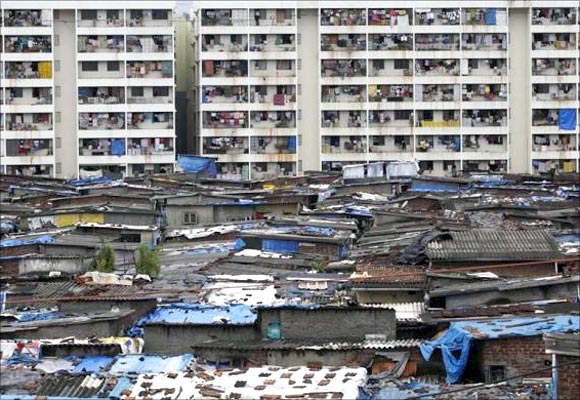 Statistician K L Datta, who has written much on the anomalies in the Tendulkar methodology, said the problems inherent in the estimation done for 2004-05 and 2009-10 were evident in the one done now for 2011-12. 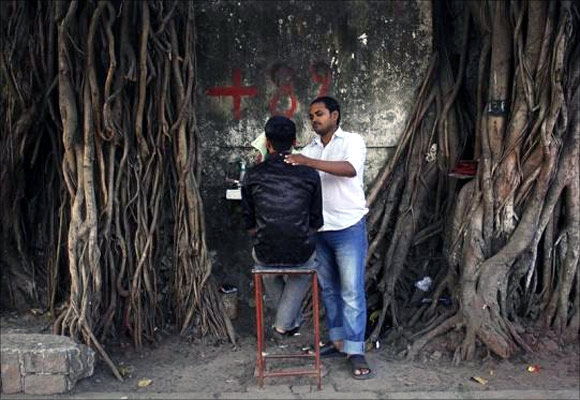 Image: A man gets a shave by a roadside barber in a slum area in Mumbai.
Photographs: Danish Siddiqui/Reuters

He said Tendulkar calculated on the basis of prevailing prices then and made estimates for 2004-05.

The basket of goods and services used then and now have changed and so have prices.

The poverty estimate has to be seen in that context. He said the Commission itself had always used the Tendulkar methodology as a stop-gap arrangement. "It continues to do so."