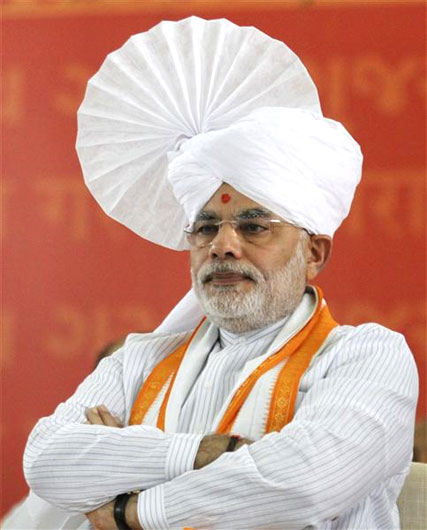 Different economists have arrived at varying figures to assess the state's agricultural growth. Sanjeeb Mukherjee tries to understand the rationale behind these conflicting numbers.

As Narendra Modi, having led the government in Gujarat for 13 years, heads to New Delhi to try and replicate what is called the Gujarat model on a national level, the country's leading agriculture economists are engaged in a fascinating debate over the agriculture growth rate in that state.

At most of his campaign rallies, Modi touted the stellar performance of the agriculture sector as one the main achievements of his rule in Gujarat.

According to state government figures, agriculture contributes around 15 per cent of Gujarat's Gross Domestic Product and provides employment to almost 51.58 per cent of its population.

There are varying figures for agricultural growth being proffered by different experts. For instance, by Ashok Gulati, former chairman of the Commission for Agriculture Economics and Policy Research (CACP), and noted economist Yoginder K Alagh, former Union minister for planning and programme implementation. 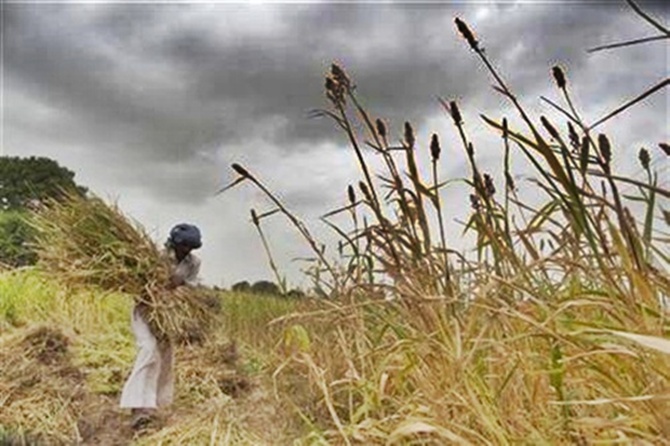 Image: A farmer harvests partially damaged crop due to lack of rain at Sami village in Gujarat.
Photographs: Ahmad Masood/Reuters

The first point of contention between the two is over the decadal growth rate in Gujarat.

The state government itself claims that agricultural growth rate in Gujarat rose from 3.3 per cent in the 1990s to 11.1 per cent during the decade between 2002 and 2012.

However, other economists claim that neither Gulati nor Alagh are accurate in their analysis.

"In Gujarat, the average growth in agriculture till 1999-2000 was very high as compared to other states and also thereafter," says former Planning Commission member Abhijit Sen.

"Suppose you calculate growth after 2004-05, when Gujarat's agriculture had rebounded, using the same base year, my analysis puts agriculture growth in the state from 2004-05 to 2011-12 at around 6.7 per cent. If you include agriculture and allied activities, it (growth) could be somewhere around 7.7 per cent at a simple compound rate." Gujarat, like Bihar, has witnessed wide fluctuations in year-to-year agriculture production, and, therefore, long-term growth depends on the base year as well as the terminal year, feels Ramesh Chand, director of the National Centre for Agriculture Economics and Policy Research (NCAP).

"Both Gulati and Alagh might be correct, depending on the base year they chose for their analysis," says Chand. He exemplifies this by saying that between 2000-01 and 2007-08, pure agricultural growth in Gujarat - not including allied activities - was actually around 10.7 per cent.

However, he says, if the terminal year is extended to 2009-10, then growth would drop to 7.10 per cent because of wide annual fluctuation in agriculture production. Similarly, if growth is calculated from 2004-05 to 2011-12, the figures drops to just about 4 per cent.

"It all depends on how you calculate and on the tenure of analysis because in one single year, agriculture production might jump by as much as 25 per cent," says Chand. The growth over a period of time might oscillate between 3.6 per cent and 11 per cent depending on the base and terminal year used. Alagh says the former CACP chairman does not factor in price changes, which he claims is not the right way to judge growth over a long period of time. But Gulati retorts, "As far as using constant prices (in which inflation is not factored in) is concerned, this is a norm followed by many."

To smoothen the yearly variations, Chand suggests that economists should take a two-year moving average.

"According to our calculations, if you take a two-year moving average, agriculture growth in Gujarat - excluding that of allied activities - between 2001-02 and 2011-12 is somewhere around 5.5 per cent. Moving average is a calculation to analyse data points by creating a series of averages of different subsets of the full data set."

Another issue that Gulati and Alagh have differed about is the impact of the Sardar Sarovar Project (SSA) on Gujarat's agriculture growth. 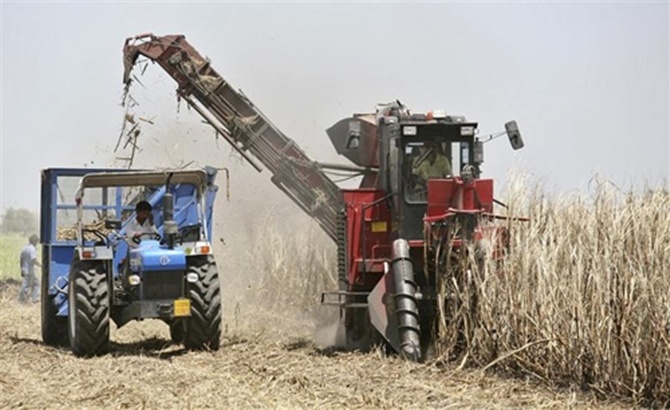 Gulati says that the state has managed a superlative performance in agriculture not due to SSA, but from good results in areas that do not get water from SSA. In contrast, Alagh feels that it is SSA that has helped Gujarat perform so well in agriculture.

"The main reason for this (high agriculture growth) has been the Sardar Sarovar Project, which has helped irrigate large tracts of land and boosted farming," Alagh says. Gulati disagrees and says that his study of district-wise agriculture growth in Gujarat, which was published in Economic and Political Weekly in 2009, had clearly shown that farm growth in the state came largely from those areas, mainly in the Saurashtra region, which were not serviced by SSA.

"In Saurashtra there is no SSA, but growth is better than in other regions due to the existence of check dams, functions like 'Krishi Mahotsava' and also, of course, BT cotton which is the big bang story," says Gulati. 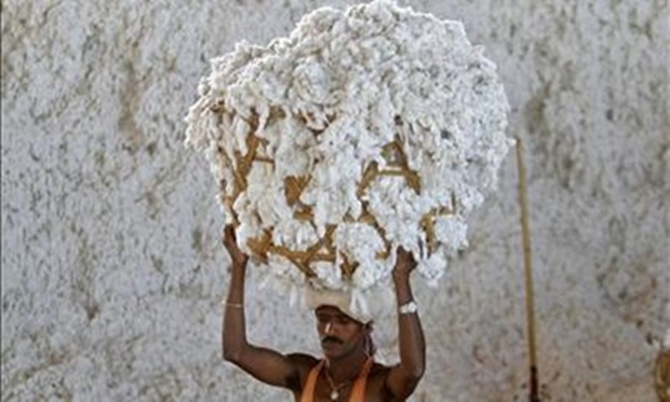 BT cotton, of course, is a success story. Data shows that Gujarat's performance is better than that of its nearest rival, Maharashtra, in terms of better utilisation of available land. Gujarat contributes more to India's total annual cotton production despite lesser cultivated area than Maharashtra.

Gulati says that agricultural growth in Saurashtra is also driven by a rise in production of banana, vegetables and, to an extent, wheat. "Alagh might have been using state-level data to calculate growth. This is wrong as such data is sometimes volatile," says Gulati, while refuting the charge that his study on Gujarat was funded by the state government.

And so, even as Modi prepares to be sworn in as the 15th prime minister of India, the war of words on agricultural growth in Gujarat continues.