After the Afghan and Pakistani Taliban, the LeT and the LeJ, the most capable and lethal terrorist organisation today is the Al Qaeda of Arabian Peninsula, says B Raman

As the world observes the 11th anniversary of the 9/11 terror strikes in the United States, one hears less and less the pre-2001 calls of Al Qaeda for a global jihad against the crusaders and the Jewish people and for the re-establishment of an Islamic Caliphate. One hears more and more calls for jihads against local rulers and local enemies of Islam. This is the case whether it is Pakistan, Yemen, Somalia, Iraq, Algeria, Mali or Nigeria. Al Qaeda talks no more of the International Islamic Front formed by Osama bin Laden in 1998.

The call now is no longer for an international Caliphate. It is now for myriad Islamic states ruled according to the Sharia and for waging a jihad against what they look upon as the pollution of Islam by enemies of Islam masquerading as Muslims. In the past, Christians and Jewish people were projected as the principal enemies of Islam, the Shias are now projected as an equally despicable enemy to be ruthlessly eliminated.

One increasingly finds this growing anti-Shia dimension of the Sunni/Wahabi terrorist ideology in Pakistan. The Lashkar-e-Jhangvi, an affiliate of Al Qaeda and the Taliban, which has been spearheading the jihad against the Shias in Balochistan, Karachi, Gilgit-Baltistan, Punjab and the Kurram Agency, has declared them wajib-ul-qatl,  meaning deserving of death.

Pakistan has had a history of anti-Shia violence since its birth in 1947. In Afghanistan, when the Taliban was in power before October 2001, there were brutal attacks on Hazara Shias. But this anti-Shia violence has now acquired an ideological approval and religious sanction.

The worrisome development is that Pakistan's elite and other so-called liberal sections, which occasionally even condemn atrocities against the Baloch community and the Ahmadias, have been silent about the atrocities against the Shias. Newspapers like the Daily Times of Lahore do draw attention to the anti-Shia acts of terrorism but large sections of the media are maintaining a silence.

Over 300 Shias are reported to have been massacred since the beginning of this year, many of them dragged out of buses, lined up and shot dead. The so-called elite of Pakistan, barring some individual exceptions, have hardly protested.

Even the judiciary's tolerant attitude to the perpetrators of anti-Shia atrocities in the name of pure Islam has escaped strong condemnation. On September 11, this year, a Lahore court granted bail to Lashkar-e-Jhangvi's chief Malik Ishaq, who had been recently arrested by the police for instigating attacks on the Shias. The leniency of the court reminded one of a similar lenient attitude by the judiciary towards Hafiz Mohammad Saeed of the Lashkar-e-Tayiba last year, when he was ordered to be released from police custody despite evidence of his role in organising the 26/11 terror strikes in Mumbai.

The increasing violence by pro-Al Qaeda elements in Pakistan has taken two forms -- against the security forces by the Tehrik-e-Taliban Pakistan and against the Shias by the LEJ. These are Pakistani organisations dominated largely by Punjabi Sunnis and Sunni Pashtuns.

There has, however, been a decline in violence against Pakistani targets and interests by the Arab-dominated Al Qaeda operating from North Waziristan and headed by Ayman al-Zawahiri, an Egyptian. After the death of Osama bin Laden, the Arab Al Qaeda suffered one more major setback on June 4 this year, when its No.2 leader and ideologue Abu Yahya al-Libi was killed in a US drone strike in North Waziristan. His death was confirmed by Zawahiri in a special video message released on September 11, coinciding with the 11th anniversary of the 9/11 attacks. Al-Libi was a cleric and a good motivator and his absence is being felt by the Al Qaeda based in North Waziristan.

The repeated successes of the drone strikes are having an impact on the Al Qaeda of North Waziristan, which has not been able to carry out any major strike in the West for nearly two years.

After the Afghan and Pakistani Talibans, the LeT and the LeJ, the most capable and lethal terrorist organisation today is the Al Qaeda of Arabian Peninsula. Its reach, motivation, reservoir of cadres to carry out suicide terror strikes and lethality were demonstrated on the 9/11 anniversary. A car bomb targeting Yemeni Defence Minister Major General Muhammad Nasir Ahmad exploded outside the prime minister's office in Sanaa, killing at least five bodyguards; the minister reportedly escaped. The attack was reportedly in retaliation for the death of AQAP's No 2 Said al-Shehri in an attack in eastern Yemen last week.

The AQAP, which is also called the Ansar al-Shria (supporters of the Sharia), operates from Yemen. It used to be headed by Anwar al-Awlaki, a US citizen of Yemeni origin. After his death in a US drone strike in September last year, it is reportedly led by Nasir al Wuhayshi, who was the chief of Laden's staff in Kandahar before 9/11.

The AQAP differs from the Al Qaeda of North Waziristan, of Afghan Mujahideen and Laden vintage, in the following respects:

(a) It focuses its recruitment drive through the Internet on English-speaking young Muslims of non-Arab ethnicity. Many young non-Arab Muslims, including Pakistanis and members of the Pakistani diaspora in the West, are now believed to be going to the training camps of Ansar in Yemen and not to the training camps of the old jihadi organisations of Afghan vintage in the Af-Pak region.

(b) It advises its supporters in different countries to adopt not the catastrophic or mass casualty terrorism favoured by Laden and his advisers, but a simplified form of jihad that could be easy or self-learnt, with the use of modus operandi such as assassinations of targeted individuals, driving a motor car over the target etc.

(c) It produces its propaganda and motivational literature in English and disseminates them through the Internet.

The available details of the interrogation of the suspected terror opertaives arrested in Bengaluru, Hubli, Hyderabad and Maharashtra indicates more the influence of AQAP and Ansar on their motivation and operational thinking than that of jihadi organisations of Afghan vintage.

The Al Qaeda of Afghan vintage was never able to garner much influence over young Indian Muslims. The motivation of these 18 Muslims through the Internet will indicate that the AQAP/Ansar may be having a greater impact on the minds of the educated and English-proficient young members of our Muslim community.

While continuing to keep up their watch on the Pakistani jihadi organisations, our intelligence agencies should pay more attention to the new winds of jihad from Yemen. 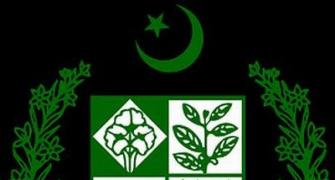 For ISI, US is a BIGGER enemy than India: Dr Afridi
Toll in car bomb attack targeting Pak Shias rises to 14 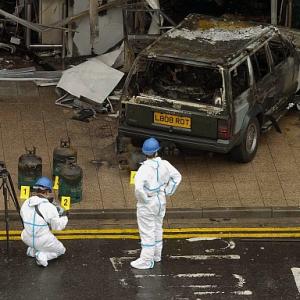 Pak panel on Osama given 30 days to submit report