Neither sport nor entertainment: The fraud called Formula One

A major antagonism is visible the world over between capitalism and democracy. But the Indian elite and the media continue to glorify capitalism, with all its sleaze. Their celebration of F1 is part of this, says Praful Bidwai.

"Vettel is the Champ, India the Winner". "Vettel Wins, World Raises Toast to India". Thus screamed the headlines in some of India's leading newspapers reporting on the hosting of the first-ever round of the Formula One motor racing world championship in the country with a breathlessness that's astonishing even by the prevalent low standards. The whole race -- to watch which India's tycoons and sports and film celebrities travelled long distances in private jets, thus creating congestion at Delhi airport -- was over in less than 91 minutes.

Having burned hundreds of millions of dollars on building the special Grand Prix track at the Buddh International Circuit, sunk crores into generating publicity for the event, and hyped up the 50 to 60 percent occupancy of the stalls as a grand and unprecedented success, the organisers declared victory "for India", no less.

India, their publicists claim, has finally entered the global league of modern elite high-technology sports, where the premium is on speed, money, glamour and monstrous power derived from the "spine-tingling, ear-splitting, high-octane" effects of the pollution-intensive combustion of enormous quantities of petrol and scorching of rubber on the track.

Yet, it is difficult to comprehend how Formula 1 is a sport in any authentic sense. All sports essentially involve great exertion of the human body and mind, which aims for lofty heights of physical performance and endurance, with qualities such as deftness and grace of movement, intense concentration, judicious use of muscular power, as well as grit and determination.

Thus we admire great athletes for being able to run at lightning speeds or perform great feats combined with beauty on parallel bars or long-jump tracks. It is a pleasure to watch a Pataudi, Sachin Tendulkar, Roger Federer, Gary Sobers, Pele or Lionel Messi on the field for their graceful style, accuracy and swiftness of judgment, and creative strategising.

All these attributes involve the exercise of human faculties and abilities. Technology, sophisticated devices or artificially generated force or power are essentially peripheral to sports. Thus, the new lightweight helmet that many batsmen use to protect themselves against bouncers is a simple aid. Even in equestrian sports, the abilities of the rider and the trainer matter beyond a point much more than the source of motion located in the horse's body.

F1 racing is mainly about technology, not human abilities. It's about how much power automobile manufacturers can put into sports car engines and how much lightness they can achieve in the vehicle's weight through the use of tough carbon fibre and new, pricey composite materials. Human prowess and abilities come a low second and are limited to concentration, ability to quickly read high-tech dials and gauges, and enduring high levels of acceleration on bends.

These physical and mental abilities should not be scoffed at. Fighter pilots also have them. Indeed, they are trained to withstand even higher levels of acceleration, such as several times the earth's gravity. But much as we might respect them, we don't regard fighter pilots as great sportsmen or champions who must be rewarded with millions of dollars in prizes.

Again, when someone like Sebastian Vettel or Michael Schumacher wins an F1 championship, it's not an individual's or team's victory, but the victory of companies like Mercedes and Ferrari, which supply car engines, or of Honda and Renault, which make entire sports cars, Pirelli, which makes high-performance tyres, or brand owners like Red Bull (a high-energy drink manufacturer) and countless corporate sponsors who back particular brands.

The speed of the racing cars is in any case limited to 360 km per hour, and a great deal of their performance depends on electronics (which is behind major driving aids), aerodynamics, suspension and tyres. So the technology component remains overwhelmingly powerful in this so-called sport.

To still make it attractive for its followers (F1 had a total global television audience of 527 million people during the 2010 World Championship), F1's organisers in the Federation Internationale de l'Automobile added glamour and male-chauvinist appeal via the sleek long racing car shaped as a phallic symbol. Skimpily clad models are posted along the track circuit, and hundreds of film stars and celebrities are recruited all over the world to endorse the Grand Prix event.

Such sleaze balls have been joined in India by our own shady businessmen and playboys. Quintessentially, F1 is a millionaire sport, which draws people to itself as voyeurs through the display of power, money and speed. With annual spending totalling billions of US dollars, F1 commands enormous power and a "merchandising environment", which results in huge investments from sponsors and hundreds of millions for car constructors.

So it's not the world, as the headline says, but some of its richest people, who might raise "the toast to India" for holding F1 and further opening up the sponsorship market.

F1 celebrates irresponsibly high consumption of petrol. This sends out a perverse message in the era of climate change, when reducing emissions from fossil-fuel burning has become imperative. Equally deplorable is the use of the ascetic Buddha's name for promoting crass consumerism.

It would be fine if our millionaires indulge in this form of entertainment provided they did not ask society to subsidise their fad. But as happens with a number of sporting events, including the India Premier League and other Big Money-driven spectacles, F1 received total entertainment tax exemption. This is wholly unacceptable.

The argument that big events like F1 will promote a sporting culture in India and generally encourage sportspeople has been repeatedly negated by actual experience with the Asian Games of 1982 and the Commonwealth Games last year. No country that has hosted such spectacular events, including the Olympics, has recovered its massive investments.

As is to be expected, the corporate media, which stands to make a killing from advertisements for all kinds of luxury products like fancy brands of champagne and wrist-watches, has gone euphoric over Formula One. This is part of its self-assigned role as a worshipper of corporate wealth (however acquired), promoter of elite interests, and booster of high, mindless, consumer spending.

The just-released Nielsen Global Consumer Confidence Index says that 64 percent of consumers surveyed in 56 countries believe this is not a good time to spend money, and one-third of Americans and one-fifth of Europeans say they have no spare cash. But in India, with its elite consumption-led growth, consumer confidence was the world's highest for the seventh consecutive quarter, and stands at 121, compared to 88 for the globe, 104 for China, 77 for the US and 73 for Britain.

Contrast this with the latest reports, based on National Crime Record Bureau figures, that farmers' suicides in India crossed the quarter-million mark between 1995 and 2010. The total of 256,913 is the highest such number in human history. Among the worst performers here is India's most industrialised state, Maharashtra, with over 50,000 suicides.

Or take the Union urban development ministry's latest disclosure that more than one-half of all cities in a dozen major states have no access to piped drinking water or a sewerage system. About 80 percent of their households get water for less than five hours a day. Over 70 percent have no access to toilets or sewerage.

India's health statistics tell a similar story, with collapse of primary health centres, overcrowding of public hospitals and mounting healthcare costs, three-fourths of which the poor must pay from their own pockets. Illness has become the third biggest driver of poverty in India. Corporate hospitals, which got public land at throwaway prices on the condition that between 20 and 50 percent of their patients would be poor people, to be treated at concessional rates, are in blatant non-compliance with that condition

The public-private partnership idea, to be promoted through a foundation sponsored by former McKinsey CEO Rajat Gupta, hasn't taken off. Gupta has now been charged with serious corporate fraud and insider trading in the US, like his collaborator and friend Raj Rajratnam, who has been sentenced to 11 years in jail.

Gupta continues to have close links with the Indian government despite this. And he remains a role model for many middle-class Indians as someone who rose from a humble background right to the top of the corporate ladder.

A major antagonism is visible the world over between capitalism and democracy. But the Indian elite and the media continue to glorify capitalism, with all its sleaze. Their celebration of F1 is part of this. 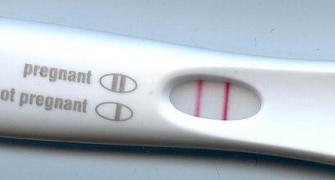 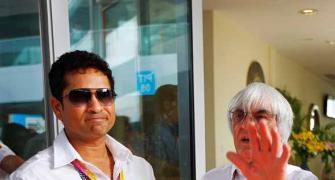 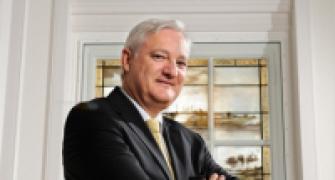