It needed the high court to ensure proper roads in 2006 and the civic body has assumed that having met the court's demands was time-barred and confined to only that year. Accepted specifications had to be adhered to, work standards had to be followed and roads had to last monsoons, the court order implied. If these were successfully met for one year, why is it so difficult to do so in the subsequent years? asks Mahesh Vijapurkar.

I don't much care for the kali-peeli taxies of Mumbai. They refuse to ply short distances, go in the fare's direction, they fleece fares who flag them down at the airport or the railway stations, their upkeep is so woeful one wonders how the authorities allow them on the roads.

Yet, I'd like to thank them for voicing every road-using citizen's mind: if you can't keep the roads in Mumbai in fine fettle, then refund the road tax paid when every vehicle was bought and registered. Thank you, guys. Mumbai owes you.

The city's civic body, you see, collects the road tax, via the road transport authorities for building and maintaining roads on which the taxies and private vehicles ply. When these roads -- built and maintained -- are missing, the logic of collecting such taxes is silly.

Can't fault the cabbies for their logic, can you?

Mumbai's civic chief, Subodh Kumar also deserves grudging thanks. He has finally has conceded that citizens 'anger at bad roads was fully justified and understandable', and that the 'criticism was not unfair'. No other civic honcho has said that so far, not to my knowledge. However, Kumar points that he has no magic wand to change things overnight. To be fair to him, no one expects him to.

However, you can fault his logic for it misses the key ingredient of this problem of bad roads and his generosity in conceding that the citizens are right does not go long enough. Listing poor quality of materials, poor work, and poor supervision are not the only causes for the cyclical emergence of potholes on the city roads come every monsoon. There is one aspect that he, and every elected member of the civic body including its mayor, has failed to mention: large-scale corruption.

Only those with a mote in the eye would miss it. The people don't.

I'd like to point out to the relentless media, the civic body members, and the bureaucrats that the root of it all is corruption. More money changes hand than the rubble and tar that go into the potholes. The shoddy standards of work on ground, the poor material, the poor supervision are fuelled by grease money, not carelessness. The debate has centred on all these without attacking the main cause.

How else can one explain that contractors dilute the tar, that build sub-standard roads that cannot withstand the first shower, that flyovers are flooded though logic says they should drain quickest since they are built like flattened arches and not concave containers, that the number of potholes filled are filled in such a manner that ten vehicles going over them just churn the rubble out?

How can one explain that the city's asphalt-making plant generally operate at half the capacity because the contractors don't need it because the quantity is made up by dilution below the specifications? How can one explain that year after year, the same contractors cartelise to bid and get contracts? How the civic standing committee does clears them, and the bureaucrats ignore the poor execution is not a mystery. It is because the convention says, 'make money', the quality of roads be damned.

Every year the city has witnessed the charade of poor roads, the deliberate undercount of potholes to save the civic body's face, the pretence to emergency repairs under the belief that sheets of water hide potholes and under any contract, acts of God in the shape of rains cannot be held against the contractor.

It needed the high court to ensure proper roads in 2006 and the civic body has assumed that having met the court's demands was time-barred and confined to only that year. Accepted specifications had to be adhered to, work standards had to be followed and roads had to last monsoons, the court order implied. If these were successfully met for one year, why is it so difficult to do so in the subsequent years?

The incumbent commissioner has a reputation for being clean. He has brought no baggage to the office and the chair. He owes the politicians nothing and he owes a lot to the city. But the city's governance has been afflicted with the malaise of corruption for ever so long that he has an uphill task. He knows, if he has been reading the Mumbai newspapers when he was on his assignment at the Centre in New Delhi, he knows that the civic body he has to run is a den of thieves. He also knows what transpires at every step, having heard of the realities from his peers on the grapevine.

The question is, will he be able to clean up the mess, starting with the roads, and then every other department? He needs to take Chief Minister Prithviraj Chavan into confidence, and swing the machete around the civic body, and since it is in the run up to the elections, Subodh Kumar would have the popular support. People need a decisive civic chief, and when they find one, may give a tinkers' curse for the politician. The city appears ready for it.

So one advice he gets from me: go for it, you have nothing to lose, the long-suffering city has everything to gain. There has been enough corruption and misgovernance. To start with, a la the late S S Tinaikar, start exposing every civic fraud.

Time to stand up and be counted. 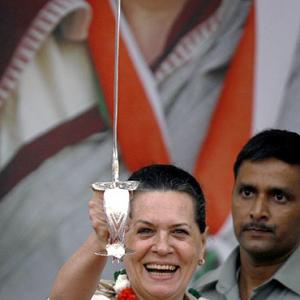