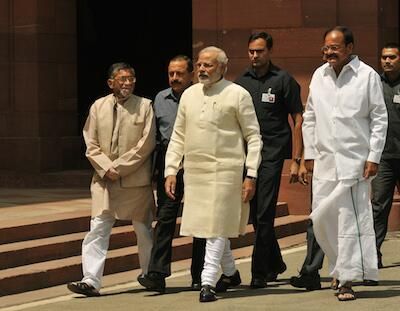 There are many firsts in Prime Minister Narendra Modi's Lok Sabha speech which constitute the cardinal elements of a strategy which has all the potential to serve as the mainspring of the polity for the rest of the century, says B S Raghavan.

There have been fine speakers who, at critical times, have inspired faith in oneself, and in a country's destiny, leading it to achievements that were previously considered beyond reach.

It was said of Winston Churchill that he won the war, not so much by armaments, as by his powerful speeches in British Parliament and addresses to the nation over the radio, putting heart into every section of the population and every wing of the government, and  maintaining the morale of the armed forces at the highest level.

There was Swami Vivekananda who swept Jawaharlal Nehru himself off his feet with the "fire in his heart -- the fire of a great personality coming out in eloquent and ennobling language...it was no empty talk that he was indulging in. He was putting his heart and soul into the words he uttered. He was..... full of a dynamic and fiery energy and a passion to push India forward."

The magnetic appeal of Nehru to the youth and the masses alike during the freedom struggle derived as much from his idealism, fighting spirit and sacrifice, as from  his earnestness-soaked eloquence beckoning them to throw off the British imperial yoke.

His Tryst with Destiny speech at the midnight hour on August 15, 1947, was a rousing call which served as a blueprint and backdrop for subsequent nation-building efforts.

I was reminded of these and other examples of vibrant leaders of yore when I was watching Prime Minister Narendra Modi replying to the debate on the motion of thanks to the President on his address. His speech was a steady and cogent flow, without any faltering or fumbling, of ideas, with the right words in the right place and in the right sequence.

The rapt attention with which the entire House listened to him is testimony enough to the impact he was making. None dare interrupt him because he was speaking from a position of strength acquired by the solid experience of running a state for three terms in succession and making it a world-renowned model of development. Also, everyone was conscious of the fact that the configuration of the House itself was largely of his making.

To the Congress spokesperson Randeep Singh Surjewala, though, Modi's reply looked like not having enough content and a repetition of "the same rhetoric". He must think again. He should not look for dry-as-dust details in a motivational call to people to bend their energies and talents to a common cause.

He must remind himself of "tears, toil, sweat and blood" of Churchill, "Arise, awake, stop not till the goal is reached" of Vivekananda, "If no one heeds your call, walk alone" of Rabindranath Tagore, and "Do or die" of Gandhi to have some vague idea of what inspirational calls mean. In any case, Surjewala must be thankful that at long last, here was a PM who was not sitting motionless like one of Madam Tassaud's creations, but brought life and vigour to the proceedings.

Even as regards content, there are many firsts in Modi's speech which, in fact, constitute the cardinal elements of a strategy which has all the potential to serve as the mainspring of the polity for the rest of the century.

First, Modi's evocative call for visualising development as a mass movement, akin to the nationwide participation for freedom brought about by Mahatma Gandhi, touching the lives, emotions and aspirations of the people, and not simply as a litany of long-winded notings buried in official files.

Second, Modi's stress on cooperative federalism as the path setter of the future in the context of the complexities and diversities of the country. The point he made about different parts of Gujarat itself requiring different models of development is well-taken.

In a manner of speaking, there is not one India, but many Indias at many stages, at dissimilar patterns, and at different paces, of development with variegated endowments of resources. Therefore, insistence on an "one size fits all" approach is bound to cause immense harm. None knows this better than Modi himself, having been at the receiving end as a chief minister.

Third, Modi's clear-eyed conception of cooperative federalism as being made up of, on the one hand, what he called convergence of interests of all the stakeholders, both central and states, and on the other, healthy competition among all of them, while sharing and incorporating the best practices that have yielded the best results. Modi stands ahead of all politicians and even the conventional academics and think tanks in thus bringing into play a newly emerging proposition, coopetition, combining the best of cooperation and competition.

Modi truly scaled sublime heights of the art of winning friends when he mentioned the successful focus on organic crops in Sikkim, Kutumbasri yojana of Kerala, rain harvest campaign of Tamil Nadu, working of the public distribution system in Chhattisgarh and efforts of Mamata Banerjee is making for an economic turnaround in West Bengal as contributions to the overall good of the nation worth emulating and drawing on by the rest of India as well.

His declarations that he does not intend to move forward without the Opposition and that he does not believe in numbers but in collective strength are, to my best recollection, the first such to be made by a prime minister.

Fourth, there are a few other pronouncements in Modi's reply which, although not new by themselves,  are the first to figure as solemn and definitive commitments on the part of the government.

For instance, the goal of Swachcha Bharat (Clean India) "as a gift to Gandhi" on his 150th birth anniversary in 2019, providing the basic amenities of a home, drinking water, toilet, power and livelihood to everyone in need of them as a mark of celebration of the 75th anniversary of Independence in 2022 and extending to rural populations the same facilities and comforts as are being enjoyed in urban areas, while preserving and enriching, as Modi put it, the soul of the villages.

The first will help Indians rid of the odium that they are by nature unhygienic; the second will fulfill the constitutional obligation  to promote fraternity which assures the dignity of the individual; and the last is of particular importance in stopping, if not reversing, the exodus from rural to urban areas.

This undertaking by Modi is identical to PURA (providing urban amenities in rural areas) which the former President, Abdul Kalam, has been urging upon political parties and governments for years: it would have been gracious of Modi if he had acknowledged it and retained the same acronym instead of going in for the clumsy nomenclature Rurban.

Altogether, a virtuoso performance by Modi. I relished the most his delicious dig at the Congress for resembling Duryodhan of Mahabharat who knew full well what dharma and truth were, but did not follow them as it was not in his DNA! 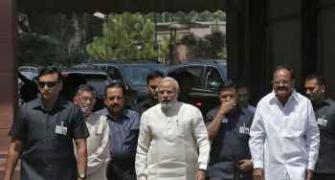 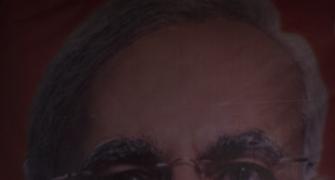 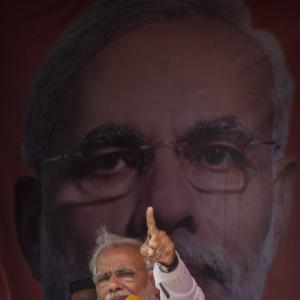 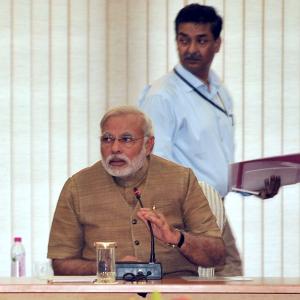