'The book has immense value because it reveals the inner workings of the think-tank which appears to provide facts and insights to Modi, though he himself takes the final decisions and articulates them in his characteristic rhetorical style,' says Ambassador T P Sreenivasan. 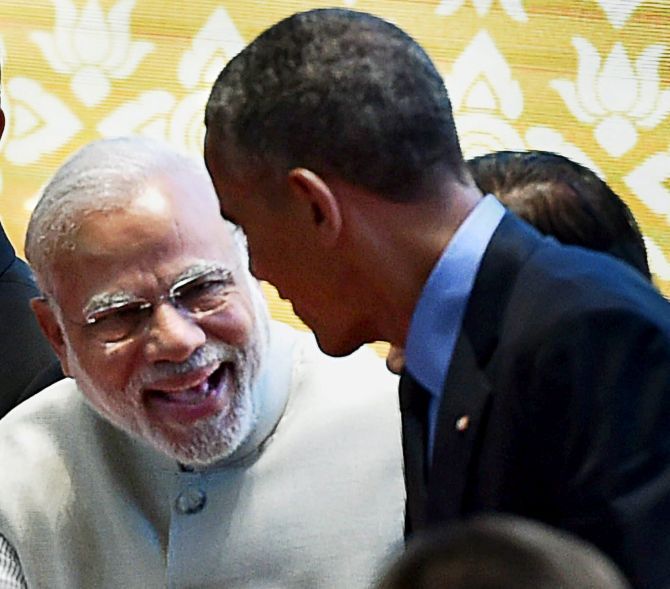 IMAGE: Prime Minister Narendra Modi with US President Barack Obama at their eighth meeting, this time in Laos, September 8, 2016.

If M K Narayanan, Shiv Shankar Menon and Sanjaya Baru had commissioned a few experts to write an article each on Prime Minister Manmohan Singh's foreign policy, edited them and published them in a volume with a joint editorial, it would be hardly objective.

But it would contain an analysis of the logic of his policy and a clear idea of the direction it would take in the future.

The three editors themselves could have written the book, given their insights into Modi's foreign policy as its architects, but they have put together a number of credible writers to pen the articles.

The usual suspects from India, even those who have been sympathetic to the Modi government, are conspicuous by their absence. Satish Chandra, Virendra Gupta and P Stobdan are the only former diplomats who have contributed.

It is noteworthy that of the 21 contributors, 12 are foreigners or Persons of Indian Origin living abroad. The external perspectives reflected in the book are a measure of the acceptability of the changes in Indian foreign policy abroad. IMAGE: Modi addresses the Indian Diaspora at the Wembley Stadium in London, November 14, 2015.

Setting aside these unique features, the book has immense value because it reveals the inner workings of the think-tank which appears to provide facts and insights to Modi, though he himself takes the final decisions and articulates them in his characteristic rhetorical style.

The purpose of the book is to unveil Modi's objectives, his accomplishments and his plans for the future. The release of the book by the minister of external affairs and the foreword by the finance minister bestow official blessings on the book.

The theme that threads through every article is the premise that 'India's approach to the world has begun to fundamentally alter, reshape and reposition' on the strength of India's greatness, going back to pre-historic times, the absolute majority for a single party after thirty years, the emergence of a common man, with immense capabilities as the prime minister and an assertive foreign policy, backed by a strong, growing economy and democracy.

Anirban Gangly, in the final chapter, states that the supporting pillars of Indian foreign policy are Samman (dignity and honour), Samvad (engagement and dialogue), Samridhi (prosperity), Suraksha (security) and Sanskriti (culture) -- the Panchamrit which seems to replace the Panchsheel.

The writers assert that the foreign policy in the first two years of Modi has been an unqualified success. Failures, such as a troubled neighbourhood, the NSG fiasco and elusive UN reform are turned into challenges yet to be won over by the argument that success has to be earned through hard work. It does not come on a platter and accordingly, fear of failure should not deter one from striving for success or otherwise, it will surely elude us.

Modi is prepared to stake his personal reputation when national interests so dictate and he is not afraid to lead from the front.

The editors state, rather dubiously, that 'a striking aspect is that global leaders do not require prior international experience to be one.' Foresight defines a global leader -- a clear vision for the country and its people and the ability to build a consensus to achieve the vision.

They then go on to summarise each of the 21 articles to support their thesis. This is very helpful, because the reader gets a general idea of the book by reading the chapter entitled 'Modi's foreign policy as problem solving'

Finding the right partners and understanding and leveraging the priorities of the partners are said to be keys to Modi's success in foreign policy. By pulling in Indian Americans into the forefront, Modi showed US politicians that he held sway over a section of their own political system. 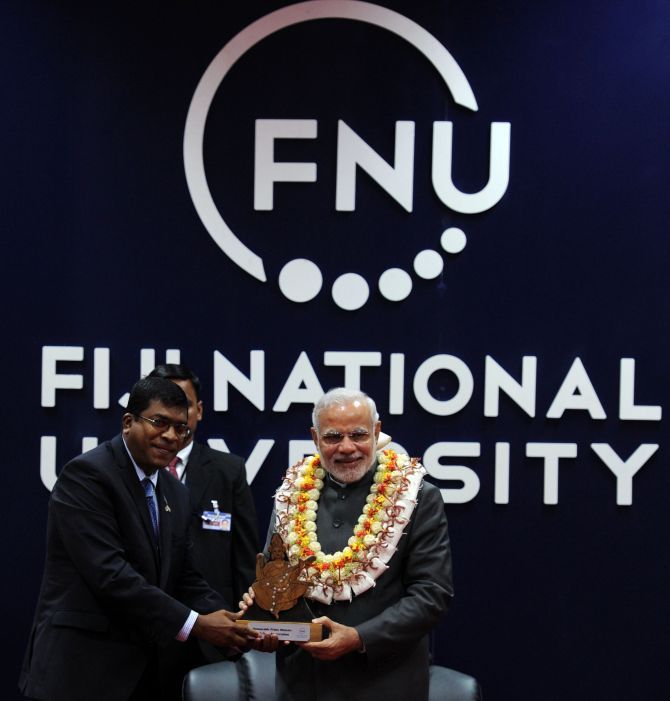 The importance of Modi's interaction with 14 Pacific Island countries is perhaps a bit exaggerated. Except for Fiji, which still has a significant population of Indian origin, they are virtual protectorates of Australia and New Zealand and have had little interest in India in the past.

To show that it will take more than Modi's vision alone to maintain momentum and that thoughtless bureaucracy could ruin things, one writer points out that a meeting of the Pacific Island countries was held in arid Jaipur, not on the coast.

Having been the Indian envoy to 8 of these 14 countries, I know that their leaders have been taken to Kerala and other coastal states again and again, but our scale of operations and methods of developing maritime resources do not appeal to them.

We cannot also match the generosity of Australia and New Zealand in offering projects to them. One has to wait and watch if Modi's intervention will produce any tangible results.

One writer argues that India has not put India's royalty to use to serve foreign policy. He claims that 'there are some doors only royalty can walk through.' Blue blood would be recognised in monarchies even if the Indian royalty has no power anymore. He seems to be unaware that India had recruited several former maharajas into the IFS, causing protocol confusion in some courts.

In the UK, the third secretary, a former prince, was ranked above the high commissioner! It is ironic that the writer should advocate the use of princes by a country which prides itself as a democracy, headed by a common man. Modi himself is likely to turn down the suggestion. 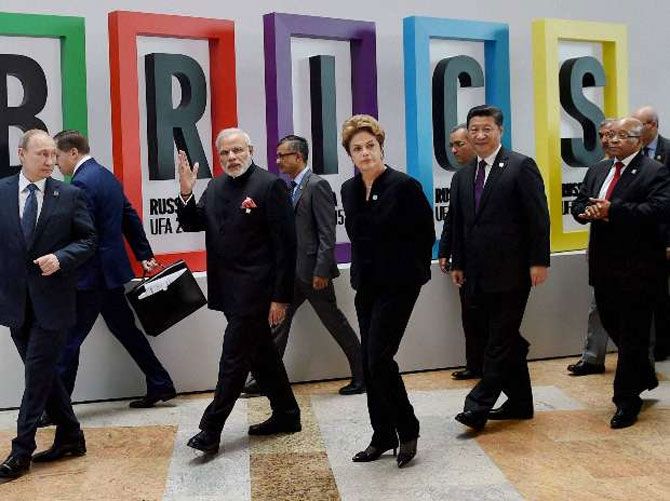 China is a recurring theme in virtually every chapter as a rival, as a threat and sometimes as a potential partner. But there is no separate chapter on China, though there are chapters on Sri Lanka, Bangladesh, Nepal, Afghanistan and even Mongolia.

China comes up for severe criticism in the chapter on NSG. Satish Chandra argues that the Seoul experience once again demonstrated China's inimical mindset against India.

On many counts, India's credentials for admission to the NSG were excellent, while China was known to be a notorious proliferator. 'Seoul showed up China for what it is -- notably a hegemonic, unprincipled and ruthless player, quite prepared to disregard the common good in order to achieve its narrow ends.'

Satish Chandra justifies the move for membership of the NSG, but forgets the hesitations of history in the past, not only on NSG, but also on the MTCR, the Wassenaar Arrangement and the Australian Group.

The real criticism was about the timing and the manner in which it was pushed, resulting in a victory for China. Needless to say, diplomacy is the art of the possible.

Writing on India-US relations, Lisa Curtis notes rightly that there has been a qualitative improvement in India-US relations since 2014. Among the remaining irritants, she lists the US supply of F-16 to Pakistan and the welcome US accords to China for playing a role in South Asia, including Afghanistan.

But the big stories are India becoming a major defence partner of the US and resolving the nuclear liability issue by announcing the commencement of work on six Westinghouse nuclear reactors in India. She has no doubt that India-US cooperation, particularly on security issues, is sure to stay on an upward trajectory.

The book has much more on every aspect of India's foreign policy, particularly Modi's skilful use of soft power and the Indian Diaspora to advance the aim of India becoming a global power. That the Modi doctrine has led to Indians across the globe feel cared for is clearly strength.

'Re-imagining who is an Indian' is the churning that has happened in the minds of the countrymen, according to the author. The message that the world looks at India not as a recipient or a weak partner any longer, but a leader, and a strong ally is clearly highlighted in the book.

The purpose of the book undoubtedly is to establish that India is on its way to be a formidable global power under Modi.

Ramesh Thakur, writing on multilateralism, has argued for India's permanent membership in the UN Security Council not in terms of entitlement, but of a political contest involving building winning coalitions, mobilising sufficient resources and neutralising opposition.

But his prescription for the future is provocative and hazardous. He suggests that India and the other candidates should announce non-cooperation with the UN and if that also fails, should ignore the UN and switch to G-20 and BRICS to pursue our interests. Even more dangerously, he claims that such an agenda is in sync with Modi's style and vision, which is unlikely.

In the final section, Thematically Tied to the World, which is a refreshing title in a book on foreign policy, we find interesting lessons adopted from the world by India in economic, strategic, defence, energy, environment and civilisational quest.

The book certainly is a gold mine of the thoughts and ideas of the ruling party on foreign policy. Some of them are well argued and there are signs that Modi has adopted them. Others may be mere kite flying. But it will remain a handbook for those who look for the logic of Modi's foreign policy and for its likely course in the future.

No reader can miss the quality of production and style of the book by Wisdom Tree. 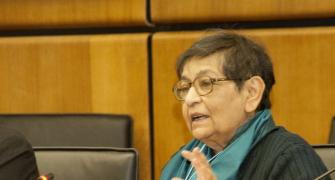 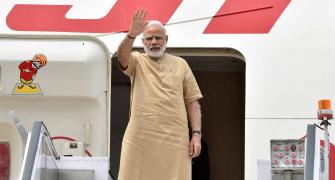 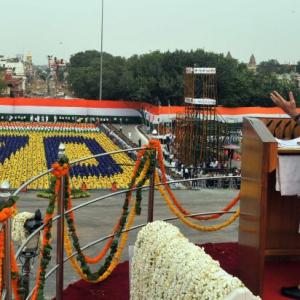