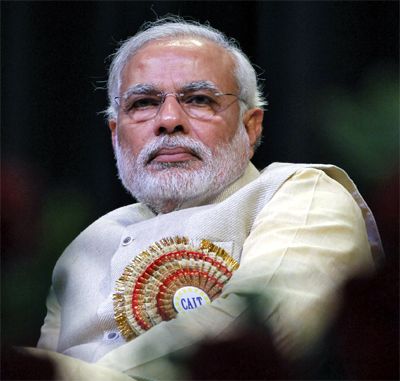 'All of Indira Gandhi's bad economic ideas are being strengthened, from nationalised banks to anti-poverty, handout yojanas,' says Shekhar Gupta.

The most fascinating insight notebandi provides is to the Narendra Modi government's approach to exercise of State power, political and economic ideology.

Here is a proposition then: The Modi and the broadly shared Rashtriya Swayamsevak Sangh worldview is built on a strong repudiation of Jawaharlal Nehru and all he stood for. But an admiration, desperation, to replicate the method, style and politics -- especially political economy -- of Indira Gandhi.

Let us begin with the government's favourite economist, Professor Jagdish Bhagwati. In his belated defence of notebandi, he reminded us that he had also taught the Indian Constitution at Columbia University in the US for many years and could say for sure there was nothing illegal about the government denying the citizen rights over its legal tender.

One of the earliest Constitutional amendments, he pointed out, had empowered the State to seize citizens' property for 'social' purpose, of course after paying a compensation. Or, he said, abolition of privy purses would have been struck down by the Supreme Court.

We are not asking what compensation was given to the loser princes because that will be neither popular, nor relevant to the issue at hand. Which is, that one reputed to be our most committed, pro-reform economist, uses a socialist amendment that bred some of the worst kind of povertarianism under the Congress, especially Indira Gandhi, in defence of another use of brute State power forcing the country and its economy in disarray.

What kind of pro-reform, 'less government-more governance' leadership displays such faith in the ability and intentions of the State, justify such sweeping use of its powers, or a State-mandated restructuring of monetary system so massive it would be the equivalent of eight on the Richter scale.

A planned change so huge, even P C Mahalanobis, founder of the Indian Statistical Institute and member of the first Planning Commission, would not have imagined possible in the days of Soviet-style planned economy.

This is not personal, and this isn't about Professor Bhagwati either. We know the history, and human chemistry, enough to understand the need for a default position in counter once one of the two greats, Professor Bhagwati and Amartya Sen has spoken on an issue.

The key point is how, from the prime minister who came to power on the promise of economic reform and growth -- with a track record in Gujarat -- and to his most admired global economist, we are now seeing an admiration for Indira Gandhi's style, methods, even her disastrous economics.

Put it another way: How does the prime minister whose first reformist act was to abolish the Planning Commission, now railroad the most centralised transformation in the national economy since bank nationalisation?

If you explore the Narendra Modi politics, you can find parallels with her style, and also a grudging admiration.

The ability to take institutions in your stride, as if these were no more than minor irritants.

Passing a most important income tax act amendment that restores the discretionary power of the taxman at the lowest level and thereby can potentially damage liberalisation of 25 years, without a line in discussion, by a voice vote (commotion, or halla as we prefer to say in our politics) in the Lok Sabha.

Or returning more than half of the high court judges' appointments proposed by the Supreme Court Collegium.

Using the Treasury benches to stall Parliament after cursing the Opposition for having done just that so far.

Or reducing the stature of the governor of the Reserve Bank of India to the equivalent of an anonymous joint secretary in the ministry of finance, where its civil servants hold forth on daily changes in currency policy and where a junior finance minister announces that the government is going to cut tax and interest rates in the next Budget.

Most importantly, it reflects also in the view expressed by more than one powerful supporter and ideologue of this government that nothing works in India with persuasion.

The government has to enforce change, if it needs to use brute force to that end, so be it.

There is a wariness with procedure, institutions, whether these be apex committees of the Cabinet or the highest judiciary, irritation with paperwork (barring currency notifications which change at the pace of a T20 scoreboard) and a total rejection of the 'system.'

This is precisely what Indira Gandhi did to the system she inherited from her more 'proper' father and his unfortunately short-lived successor Lal Bahadur Shastri.

Spurred perhaps by the setbacks of the 1967 elections, she embarked on a project of dismantling that 'system,' reducing her Cabinet and party leadership into 'yes-men,' undermining other institutions, demanding a 'socially committed' judiciary and bureaucracy, fuelling a new sense of hyper-nationalism, anti-West xenophobia, swadeshi, import-substitution pride and most importantly, extreme, and equally insincere socialism.

The RSS has never really questioned most of these in principle as much as they detested Nehru's philosophy and policies.

Their admiration for Indira Gandhi also came from the acknowledgement that in her tenure, especially 1969 to 1977, she dismantled much of the moral, liberal democratic edifice Nehru had built.

Who better to destroy Nehru's legacy than his own daughter?

Indira Gandhi came up to those expectations fully by suspending citizens' rights and putting her opponents in jail, something Nehru would never have dreamed of.

The basic Modi-RSS proposition is also a tough government, willing to use the 'danda' where 'needed' and not distracted by pestilence like media, civil society or overzealous busybodies like experts, technocrats, judges.

Whether now, or in the pre-Modi era, the Bharatiya Janata Party-RSS criticism of Indira Gandhi has more or less been limited to her political actions, not her economics.

Even when the Janata Party came to power, defeating her in 1977, most of her illiberal political laws and actions were set aside, but economic ones were retained.

Nobody wanted to question her fake socialist ideas. In the second half of his tenure, Atal Bihari Vajpayee made a beginning, privatising some key public sector companies. But it ran into immediate opposition from the RSS, as did his wary openings to a globalised economy and a post-Cold War political order. Brajesh Mishra, who fronted both of these policies, was painted as a foreign (American)-inspired fifth columnist in his core group.

With the rise of Modi, the expectation was a clearer repudiation of Indiranomics, particularly given his reputation in Gujarat.

At half-way mark, the conclusion has to be that he has confined his ideas of fundamental change to Nehru's 'woolly-headed' ideas of liberalism (the word liberal is now a pejorative), pacifism and hard secularism.

All of Indira Gandhi's bad economic ideas are being strengthened, from nationalised banks to anti-poverty, handout yojanas.

The big, suspicious State is back, with its heavy hand, raiding taxmen, rampaging policemen, the CCTV camera.

Not only has the Modi government refused to privatise any old public sector yet, it has carried out the first nationalisation in a long time (several tea gardens in Assam on the eve of assembly elections earlier this year) and announced the revival of nearly two dozen fertiliser plants.

The Indira-esque idea of Big Government comes with its own baggage. It includes an impatience with institutional checks and balances, diminishing trust in the individual citizen and exaggerated faith in the civil servant.

John Maynard Keynes has been a much quoted man lately. It is time to pull out one of his less famous lines: 'The difficulty lies not so much in developing new ideas as in escaping from old ones.'

We can say the really bad old ones, like Indira Gandhi's style of politics, governance and, most importantly, economics. 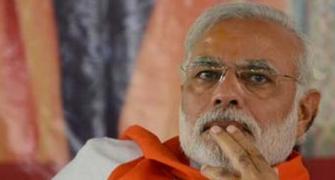 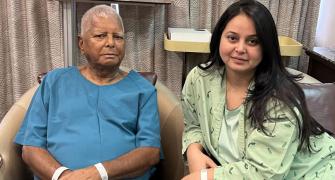 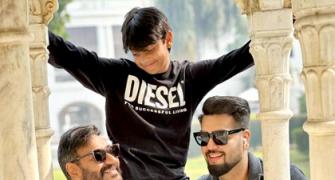