Ataturk and Nehru, two liberal secular modernisers, are in peril of being disowned by their successors, says Sunanda K-Datta Ray. It was evident when Erdogan was jailed in 1998 for 'for inciting religious hatred' and 'threatening the Kemalist nature of Turkey, especially (its) secularity.'

Kemal Ataturk was the founder of modern Turkey, the man who banished religion with the fez and sought to recreate his country in Europe's liberal image. Jawaharlal Nehru is his closest South Asian counterpart.

'History is bunk,' said Henry Ford. 'Cecil B DeMille rather against his will, was persuaded to leave Moses out of the Wars of the Roses,' someone else sang. But the burden of the past is sometimes inescapable.

Sometimes it is selectively eulogised. No doubt welcoming speeches will make complimentary references to the Khilafat movement and Gandhi's regressive and opportunistic pact with the Ali brothers to save the caliphate.

There won't be any references, however, to a scholar's recent discovery of a telegram authenticating that the Ottoman Turks did in fact butcher up to 1.5 million Armenians at the start of World War I. Not that it will make any difference to anyone here.

India has never been strong on the human rights of other communities. Nor does India have a sense of history. As Kunwar Natwar Singh once said, India's sense is for eternity.

In Nicosia last month I met the woman owner of an antiquarian bookshop whose face lit up when she learnt I was from Calcutta.

"You see, I'm Armenian..." she began, and didn't have to say more. The Armenians have gone, but the memory survives, kept alive by names like Armenian Street here and Armanitala across the Padma in Dhaka.

Rumer Godden's novel The Dark Horse pays tribute to the genius of Calcutta. Her 'Mr Leventine' was probably based on the great J C Galstaun, former owner of what is known as 'Nizam Palace' and Queen's Mansions and reputedly the only private person under whose roof the future King Edward VIII spent a night on his Indian tour.

Today, there are probably fewer than a hundred Armenians left in India. Yet, the community claims a lineage that reaches back to Alexander the Great.

A 17th century Armenian tombstone is Calcutta's oldest Christian monument. The Armenians provided one of the city's three rugby teams when I was a boy, most players being students of the Armenian College to which the Shah of Iran sent both students and money.

All Saints Day, November 1, when Armenian boys at my school visited their family graves in candlelit procession, was always a memorable occasion.

Armenians, like the Baghdadi Jews and the Chinese, belong to history as well as eternity.

The two cannot always be separated. No doubt the Ottoman emperors were convinced they personified eternity. So did the Mughals or, as Deep K Datta-Ray calls them in his The Making of Indian Diplomacy: A Critique of Eurocentrism, the 'Indo-Mughals'.

The book shows that despite linkages that are much older than the Khilafat movement, Ataturk and Nehru, India and Turkey haven't always been friends.

In fact, whether or not Hindutva calls him 'Great,' Akbar 'went so far as to contemplate an anti-Ottoman alliance with the Portuguese, and dispatched an abortive diplomatic mission in 1582 to realise that goal.'

Before being dumped on the rubbish heap of history, both dynasties left lessons for eternity. The Ottomans set an example of enlightened tolerance by sending ships to rescue Jews after Granada, Spain's last Moorish kingdom, fell. Turkey's commerce and arts flourished as a result.

The Indo-Mughals, too, remind us in an age of narrow identity politics that this country has always favoured an ecumenical vision. They fell out with the Ottomans precisely because Indian Muslims deviated from Islamic orthodoxy.

To quote The Making of Indian Diplomacy, the estrangement 'began when several women of (Akbar's) household and their companions departed for the Haj in 1575... Having been exposed to new climes, the Mughals were already behaving in ways that were considered by West Asian Muslims as contrary to the Sharia. Such blasphemous manners caused great consternation amongst the West Asians (and)... the Ottomans swiftly ordered the Indo-Mughals to be returned home.'

The outraged Akbar stopped sending money... ties with the Sharif of Mecca, 'who had acted upon the Sultan's orders to expel the Indo-Mughals' were suspended.

Akbar even had the sultan's envoy 'put in chains and banished to Lahore.'

Ataturk and Nehru were heirs to that legacy: Two liberal secular modernisers in peril of being disowned by their successors. 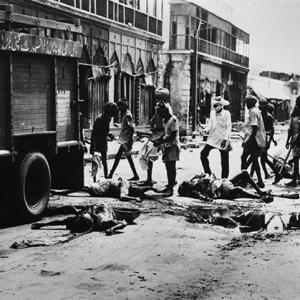