Military ties: India and China try to 'break the ice'

China military's Deputy Chief of General Staff General Ma Xiaotian visited India for the 4th Defence dialogue with Indian Defence Secretary Shashi Kant Sharma on December 9. Gen Ma's proposed visit earlier in June was cancelled following the Indian Defence Ministry's suggestion that his stop over visit to Sri Lanka at that time is "inconvenient" as India had other scheduled visits to attend to.

Actually, after the Chinese embassy in New Delhi refused to give visa to India's Northern Area Command Commander General N S Jaswal on the opinion that he commands a "disputed" area, India had retaliated with cancelling the high-level military-to-military exchanges between the two sides initiated as a part of the MoU on the subject in May 2006.

No concrete decisions were announced at this annual defence dialogue nor any new confidence-building measures launched, although the discussions between the two sides were conducted in an atmosphere of cordiality and both sides were frank and constructive in their approach during the deliberations.

Nevertheless, they agreed to gradually enhance the range and scope of their defence exchanges at various levels and to continue to implement CBMs in the border areas. Mid-level official delegations would be enhanced, with a delegation from China visiting India next month. They also agreed that the process of dialogue and communication should be strengthened at various levels to ensure stability in the border areas. It appears that the "working level" meetings between the two would discuss more issues of common agenda.

This is in contrast to the previous three ADDs, at Beijing in November 2007, New Delhi in December 2008 and the third at Beijing in January 2010. Specifically, the first two included concrete decisions regarding joint military operations, such as hand-in-hand army-to-army operations at Kunming Military District in December 2007 and at Belgaum in Karnataka in 2008.

Also, a number of military delegations visited either side since then. These are for counter-terrorism purposes, although each side was not satisfied with the low level of contents and contacts considering that both countries consider terrorism as their number one security challenge. It appears that China is concerned that its 'all-weather' friend Pakistan may have reservations on this issue.

Again, two years ago, China accused an Indian submarine of trailing one of its ships sent to the Gulf of Aden for counter-piracy operations. Despite both the navies conducting search-and-rescue operations at Qingdao in November 2003 and Cochin in December 2005, and despite an agreement in December 2010 (during Premier Wen Jiabao's visit to Delhi) to conduct counter-piracy operation in the Indian Ocean region, no concrete cooperation exist between these two rising countries.

In the aviation sector as well, while the two commanders of the air forces visited each other, and Surya Kiran trainers of the Indian Air Force participated in the Zhuhai Air Show and IAF made seven earthquake relief sorties in Sichuan Province in May 2008, no major programmes exist to carry forward CBMs between these two forces.

Gen Ma's visit to New Delhi is significant, nevertheless, by many counts. This visit comes in the wake of the postponement of another high level meeting -- that of the 15th Special Representative meeting a week ago with China citing the Dalai Lama's sharing the platform of International Buddhist Convention at New Delhi around the same time of the meeting. Going ahead with such a high level meeting indicated that both sides are intent on "breaking ice".

Secondly, Ma's visit also comes in the wake of the war-like situation in the South China Sea where India had decided to continue its 1988 contract to explore energy resources in the region along with Vietnam. In this region, China had been waging "psychological warfare" on the United States, Vietnam, Philippines and others. In continuation to the "media war", China's media is also highly critical of the Indian role here -- with some arguing that the Chinese military should take action against Indian companies.

The Chinese military newspaper, the Liberation Army Daily, also had carried articles suggesting that India needs to be taught a lesson. On the other hand, India had reiterated its position that the energy operations in the region are in line with the United Nations legal procedures on exploitation of resources along with Vietnam and that free navigation principles should be respected.

Thirdly, Ma's visit also coincided with the Indian plans to expand its conventional deterrence on its borders with China, citing the military modernisation levels in Tibet and other contiguous areas. Specifically, India had stated that it will mobilise 60,000 troops to bridge the gap in the strength of its corps. Three Su-30 air bases were also identified in the northeast India. India also announced that it would shift strategic weapons to this area. In the light of these developments, the Liberation Army Daily and the People's Daily carried articles suggesting that China's precision guided weapons could neutralise these formations.

Fourthly, Ma is believed to move up the ladder in the Chinese military next year in the crucial reorganisation of the Central Military Commission and the 18th Communist Party Congress possibly in October 2012. If all goes according to the plan, Gen Ma is expected to become air force commander and the current commander of the air force could become vice chairman of the CMC. In this context, interactions with Ma could be worthwhile.

Fifthly, Ma as a person is gifted with sharp memory, ability to engage in a structured dialogue with apt remarks. His main weakness, of course, is that he is a terrible listener!

Srikanth Kondapalli is Professor in Chinese Studies at JNU 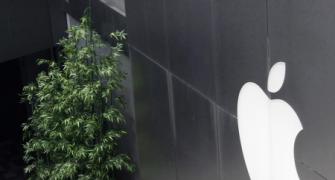 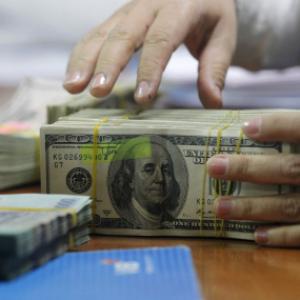 Income of Indians will DOUBLE faster than... 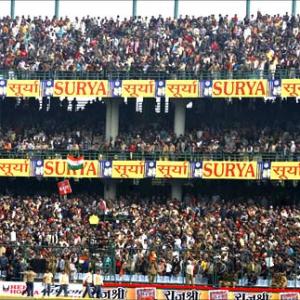