Chhattisgarh abduction: Giving into the Maoists not an option

Serious brainstorming at the national level is fast becoming a necessity to deal with this phenomenon of abductions by the Maoists.

The home ministry's hands-off approach is certainly not what India needs at the moment, says Bibhu Prasad Routray.

The abduction of the Sukma district collector in Chhattisgarh on April 21 should not come as a surprise, for it forms a part of the now fairly well-established trend of abduction being used as a tactic by the Communist Party of India-Maoist to make state governments capitulate and accommodate its demands.

The state of Odisha is still dealing with a month-long abduction crisis of an MLA by the Maoists and the way the Naveen Patnaik government has succumbed to the extremist pressure by releasing a number of Maoists and sympathisers could well have spurred the Maoists to repeat their adventure in Chhattisgarh.

How the Raman Singh government responds to the crisis is something that would be keenly watched.

Alex Paul Menon was abducted by a group of 15 to 20 Maoists, while holding a meeting in Majhipara village in the Keralapal area. The 32-year-old Menon, a 2006 batch Indian Administrative Service officer, had gone to the village on a motorcycle. Two of the collector's personal security officers were shot dead by the extremists.

It was, by no means, an incident of opportunity for the Maoists, but a neatly planned operation. And as expected, a day after the abduction, the Maoists demanded release of eight of their jailed leaders in Chattisgarh and a halt to 'Operation Green Hunt' in exchange for Menon's freedom.

This could well become another well drawn out affair, testing the skills and patience of the state as well as Union government.

For a number of years, Chhattisgarh was the worst Maoist-affected state in the country, before being upstaged by Jharkhand from that position in 2011. The deaths of 343 civilians and security forces in 625 incidents were reported from the state in 2010.

Although the situation appeared to have improved a wee bit in 2011 with 204 deaths in 465 incidents, there is little doubt that the state continues to remain one of the extremist strongholds.

The year 2011 reported 84 arms training camps and 96 jan adalats (people's courts) held by the extremists in the state -- both indicative of the extremist strength and influence in its vast swathes. As has been the trend in the previous years, of the Rs 5,000 crore (Rs 5 billion) intelligence agencies expect the CPI-Maoist to collect as extortion this fiscal year, a major bulk would be accumulated in Chhattisgarh.

To say that the state has not attempted to break the extremist shackle would be unfair. Even as many of the states affected by Maoists have oscillated between peace talks to security force operations, the Raman Singh government has remained steadfastly clear in its approach against the extremists.

Between March 5 and 20 this year, security forces conducted the first-ever campaign in 'Abujh Maad' -- the 6,000 square kilometre area straddling Chhattisgarh and Maharashtra, considered to be one of the CPI-Maoist bastions since the late 1980s.

Paramilitary forces belonging to the Central Reserve Police Force, its counter-Maoist specialised wing, the Combat Battalion for Resolute Action and state police forces carried out a two-week long search and clear operation arresting a handful of Maoists. The Chhattisgarh police chief termed the operation as 'a bold and courageous decision of the police to storm into the Maoists safest bastion.'

A part of the state government's endeavour to reach out to the people in Maoist-affected districts is also the 'Gram Suraj campaign' -- an outreach programme of the state government involving ministers and state administration making surprise visits to about 20,000 villages under 9,820 village panchayats of 16 districts and receiving petitions from the villagers on the administration's responsiveness.

Last year, the 'Gram Suraj campaign', conducted in May, received 241,000 petitions from the villagers. This pet project of Raman Singh is seen as hugely popular and the state government senses in it an opportunity to erode the mass appeal of the extremists.

However, the programme, making it expedient for the district administration officials to spend time in the villages preparing for chief minister's surprise visits, have also exposed them to the Maoist threats. Menon was necessarily the victim of such a process.

Menon's abduction essentially underlines two critical problems in the country's counter-Maoist approach. One, the lack of consensus on a national approach in tackling Maoists has allowed individual states to pursue divergent and sometimes incongruous approaches, with dangerous repercussions for other states.

It is evident that the capitulation of states like Odisha, Bihar and Jharkhand to Maoist demands earlier in hostage taking scenarios has made this an extremely useful tactic for the Maoists.

Secondly, the incident exposes the drawbacks of the counter-Maoist approach that believes in using development as an effective tool to deal with extremism, even when the extremist influence over an area has not been neutralised.

This approach has gained credence over the past year, under the auspices of the rural development ministry under Minister Jairam Ramesh. Substantial amount of resources has been made available for the 78 worst Maoist-affected districts in the country for development projects.

Little, however, is realised that the strategy of developing conflict-affected areas without neutralising extremist firepower, is not only an unsustainable project, but also is counter-productive.

Menon is the first collector of Sukma district, carved out of the Dantewada district this year, and was known to be pro-active in undertaking development work in the backward region. His popularity as a dedicated officer could work in his favour.

In 2011, Maoists in Odisha had abducted R Vineel Krishna, the district collector of Malkanagiri. The tribals in the district came out in their collector's support and organised rallies to ensure his safe release within days.

However, the official's safety in no way guarantees continuation of their good work. Vineel Krishna, after being released, was eased off the state and now serves as a secretary to Jairam Ramesh. Development work in Malkangiri district has come to a complete standstill ever since. Menon, when released, too would have to be taken off the district.

Serious brainstorming at the national level is fast becoming a necessity to deal with this phenomenon of abductions by the Maoists, which has added tremendously to their disruptive capacities. The ministry of home affairs's hands-off approach is certainly not what the country needs at the moment.

At the same time, the strategy of using the development tool to defeat Maoists too needs some serious tweaking.

While development is a necessity for the Maoist- affected districts, such projects can be implemented only after areas are freed from extremist control.

In its absence, the Menon episode won't be the last one to be heard from the Maoist theatre. 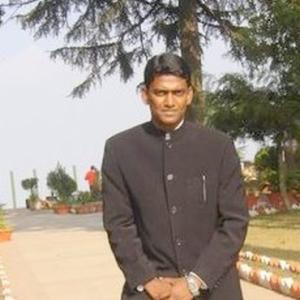 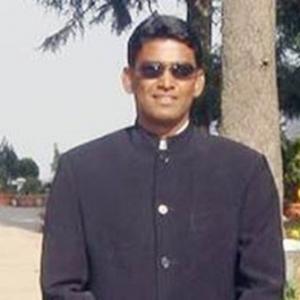