'Defence purchases are made under controversial circumstances, and nobody is held accountable.'

'Shoddy staffwork leads to suspects leaving India, and it is virtually impossible to lay hands on them again once they are out.'

'The same shabby acts of commission and omission. The same stale excuses...'

Does anything link the ongoing scandal over the purchase of the AgustaWestland AW 101s and the escape of Massimiliano Latorre and Salvatore Girone from India's grasp?

The facile answer is to point to a 'fine Italian hand' (a phrase that has denoted 'underhanded methods' since the Renaissance). But to those of us with slightly longer memories events seem to be unfolding straight out of the 1980s playbook.

In May 1985 Rajiv Gandhi -- then still bearing the halo of the 'Mr Clean' of Indian politics -- told Parliament that his government was against purchasing Westland A-30 helicopters. The gist of his statement was: 'I know something about aviation. And I would not accept the Westland-30 even if it were offered free.'

Ten months later then civil aviation minister Jagdish Tytler announced that India had agreed to purchase 21 Westland A-30s, the same helicopters that his prime minister had publicly described as unsafe.

There must have been something in the air that March of 1986; it was the same month that India signed the Bofors deal.

Rajiv Gandhi's first instincts were correct. The Westland-30 was a disastrous choice. One crashed in Jammu and Kashmir, another crashed in Nagaland, and pilots were refusing to fly them. The engine needed servicing every 70 hours. The rotor capacity was poor.

It turned out that the Westland-30 had never been tested with a full load in India's tropical climate.

Four years after it was purchased, the Westland-30s were literally junk. For a long time they could be seen from the Safdarjang Flyover on Aurobindo Marg (one of Delhi's major traffic arteries).

The authorities tried to crate them up, but 19 helicopters -- the other two had crashed -- take a lot of space. They were later carted off to be sold for spare parts, or possibly as scrap metal.

The story of that first great folly of the Rajiv Gandhi ministry does not end there. That junk came in useful when AgustaWestland wanted to route kickbacks in 2007.

Global Trade and Commerce, a company belonging to Christian Michel, one of the middlemen in the VVIP helicopter deal, was paid 18 million Euros, supposedly to buy back the 19 helicopters.

The junk is still somewhere in India, but Christian Michel, or his firm, kept the cash.

There are two parallels between 1986 and 2007, namely the manufacturer and the missing tests to see whether the helicopters were suitable for India's harsh climate.

As I said, even if you could overlook the engineering missteps that Rajiv Gandhi alluded to in 1985, the A-30 was simply not fit for use in India.

Is that also true of the AgustaWestland AW 101?

Delhi, which is where the VVIP helicopters would presumably be used, suffers ferocious summers, bone-chilling winters, and ever-present levels of pollution and humidity that can cause havoc with electronics. Testing isn't just an empty administrative procedure, but an essential precaution.

The manufacturer is essentially the same. Westland, after flirting with bankruptcy, was taken over by the British conglomerate GKN, which later sold this part of the business to the Italian multinational Finmeccanica, who merged it with its own helicopter division, Agusta.

Given the previous experience of Westland's products, why were no tests conducted in India?

Field tests were conducted only in Britain. And those for the Sikorsky S-92, a rival model under consideration, were held only in the United States. This is a clear breach of the standing orders, and any investigation must hold those responsible to account.

Someone then took a bad situation and made it worse. After the deal was signed somebody in India decided to add three parameters to the AgustaWestland AW 101.

For argument's sake, let us assume that any or all of these are essential features. That begs the question why they were not included when the original tender was floated.

The AW 101s were always intended for VVIP duty, were they not? So why were medical evacuation systems -- which is what 'Medevac' is -- not in the original parameters?

This may have been something worse than unthinking incompetence, it could have been planned that way.

Here is how such scams operate. Step One: Deliberately ignore certain essential parameters when floating a tender.

Step Two: Choose a supplier (after suitable 'negotiations'), and sign a contract.

Step Three: 'Discover' the importance of the missing parameters after the contract is signed.

The difference between the original price and renegotiated price is where there is scope for making money.

Interestingly, there are reports from 'sources' -- Delhi code for deliberate leaks -- that Pranab Mukherjee's finance ministry raised same questions about the changing of parameters in 2009. This reminds me of the same ministry's famous note on the 2G spectrum scam, which seemed to implicate not just A Raja but also P Chidambaram.

What it says is that many civil servants -- possibly their political masters too -- knew that dirty work was afoot, and were prudently placing their own defence on the record.

Essentially, the finance ministry passed the blame on to the ministry of defence, the Indian Air Force, the Special Protection Group, the Prime Minister's Office, or some combination thereof.

Its final report was so obviously a coat of whitewash that Aladi Aruna (of the AIADMK, then a Congress ally) felt compelled to submit a 20-page dissenting note.

It was only after Rajiv Gandhi lost power, in 1989, that the Central Bureau of Investigation filed as much as a First Information Report (FIR). But even this effort was almost derailed when Justice M K Chawla, in December 1990 -- when the Chandra Shekhar ministry ruled with Congress support -- questioned the very authority of the CBI to file an FIR.

At some point, the name of Ottavio Quattrocchi popped up in the scandal. Ostensibly in New Delhi to promote SnamProgetti, an Italian multinational, Quattrocchi and his wife, Maria, were best known for their friendship with the Nehru-Gandhis.

At one point, SnamProgetti had seemingly cornered the market for fertiliser projects. When the Indira Gandhi ministry reversed an earlier decision and handed over the Thal-Vaishet project to SnamProgetti, the World Bank pointed to irregularities, and withdrew its financing.

Indira Gandhi, who was then negotiating a $5 billion loan with the IMF, preferred to displease the World Bank rather than disappoint Quattrocchi's firm.

Quattrocchi left India in July 1993, just as he was about to be questioned. Interpol later revealed that Maria and Ottavio Quattrocchi held two accounts with the BSI AG Bank, London, account numbers 5A5151516M and 5A5151516L, that held three million Euros and one million dollars.

The Government of India -- when H R Bharadwaj was the Union law minister (currently governor of Karnataka) -- somehow gave the green signal to unfreeze the accounts, and the Quattrocchis removed the money instantly.

Later still, when Ottavio Quattrocchi was arrested in Argentina on the basis of an Interpol red corner notice, shoddy work led to Quattrocchi's release.

Believe it or not, one of the excuses offered at the time was that it took time to translate documents from Spanish to English and vice-versa.

Does this sound familiar? It should.

This is the same substandard work that led to the release of the two Italian Marines, Massimiliano Latorre and Salvatore Girone. The excuse offered was that Italy does not permit postal ballots in a general election, something that Additional Solicitor General P P Malhotra reportedly could not rebut.

Why not? Fed the string 'Italy postal ballots', Google took precisely 0.43 seconds to provide the information that Italy does permit postal voting.

Now, do you see why I said we seem to be reliving the sleaziest days of the 1980s?

Defence purchases are made under controversial circumstances, and nobody is held accountable.

Shoddy staffwork leads to suspects leaving India, and it is virtually impossible to lay hands on them again once they are out.

Is it also the same 'fine Italian hand' at work? 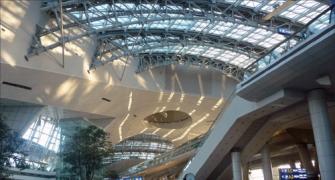 View: Why the Italians take India for granted 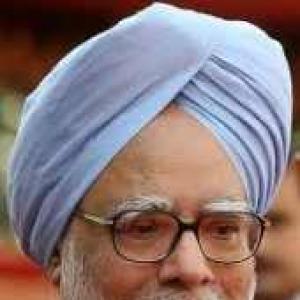