Putin is looking beyond the current regime in Kyiv.
Of course, if Western military assistance to Kyiv continues in any form, Washington knows that Russia will regard it as a hostile act and there will be severe consequences, predicts Ambassador M K Bhadrakumar. 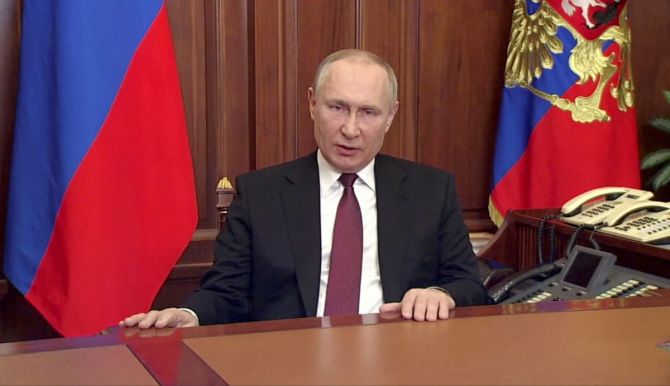 Russia's recognition of the 'people's republics' of Luhansk and Donetsk in the eastern Ukrainian region of Donbass on Monday is a watershed event.

In a manner of speaking, by this decision President Vladimir Putin crossed the Rubicon. But a tumultuous period lies ahead.

Moscow followed up by putting the legal underpinnings in place 'to deploy troops to these regions', concluding two treaties on friendship, cooperation, and mutual assistance between Russia and the two Donbass republics, and, obtaining the authorisation by Russia's federation council, or upper parliament, for the use of armed forces outside Russia (as required under the constitution.)

The resolution by the federation council, which was unanimously supported by all the 153 senators at an extraordinary session on Tuesday and coming into immediate effect, says:

'The federation council rules to give its consent to the Russian president for the use of armed forces outside Russia on the basis of generally recognised principles and norms of international law.'

'The strength of army units, areas of deployment, tasks and the duration of their stay outside Russia are determined by the Russian president in compliance with the Russian constitution.'

Notably, this authorisation is not Donbass-specific, nor is there any timeline set here.

It is also not conditional. Simply put, the discretion lies with Putin entirely to make decisions on troop deployments.

Putin's national address to the Russian people on Monday, which has been amplified further by him in comments to the Russian media on Tuesday, throws light on the 'potential future steps'.

What emerges from the national address are three things"

First, Moscow views the post-2014 political developments in Ukraine as having been engineered to create an anti-Russian regime in Kyiv with hostile intentions, nurtured by the West.

This regime is hopelessly compromised to the West and Ukraine has been turned into an American colony.

Second, the North Atlantic Treaty Organisation (has made deep inroads into Ukraine's political and defence system.

'The Ukrainian troop control system has already been integrated into NATO. This means that NATO headquarters can issue direct commands to the Ukrainian armed forces, even to their separate units and squads.'

Third, NATO is about to grant membership to Ukraine. That will increase the level of military threats to Russia dramatically, considering that American strategic planning documents allow preemptive strike at enemy missile systems.

Putin said, 'Ballistic missiles from Kharkov will take seven to eight minutes; and hypersonic assault weapons, four to five minutes. It is like a knife to the throat.'

Much of this has been said before by Russian leaders, but never in such details.

Besides, Putin was directly addressing the Russian public and expecting their backing for his decision on Lugansk and Donetsk (which will undoubtedly be a very popular move) and thereby seeking legitimacy for his future course of action.

Clearly, the Western assessment that Russian public disapproves of any intervention in Ukraine is proven wrong.

For the international audience, Putin's interaction with the media on Tuesday may be of greater interest.

Putin dropped an important hint that Moscow no longer considers the Minsk Agreements to be pertinent, as the Ukrainian leadership had publicly declared that they were not going to abide by these agreements.

A second point is about the borders of Lugansk and Donetsk.

This is a complex issue and the germane seeds of future course of events, perhaps, lie here. This needs some explaining.

The borders of the breakaway regions underwent significant changes when war erupted between the government forces and the separatist forces.

in particular, in May 2014, the government forces captured the strategic port of Mariupol (on the Sea of Azov) which used to be part of Donetsk from the separatists.

Putin said on Tuesday that Russian constitution stipulates the borders of Donetsk and Lugansk regions 'at the time when they were part of Ukraine'.

This is a carefully worded formulation. At issue is Donetsk's claim to Mariupol, which is a major port for the industrialised rust belt region of Donbass for export of coal, iron ore, etc.

Indeed, retaking Mariupol and the coastal region could give a direct land route from mainland Russia to the Crimean peninsula, which is otherwise accessible only via a 19-km long rail-road sea bridge built in 2018.

Also, if Donetsk regains the lost territory, Ukraine will have no access to the Sea of Azov, which would strengthen Russia's primacy in the Black Sea and enhance the security of its Black Sea Fleet.

By the way, Crimea would also get assured supply of fresh water, since Kyiv had shut off water from the so-called North Crimean Canal in 2014.

Putin said Russia's expectation is that all disputes will be resolved during talks between the current Kyiv authorities and the leaders of these republics, but he also acknowledged that 'at this point in time, we realise that it is impossible to do so, since hostilities are still ongoing and, moreover, they are showing signs of escalating.'

From the remarks, it seems highly likely that conflict will erupt over Mariupol, as Donetsk forces, emboldened by Russian support, are sure to make a determined pitch to retake the port city and the adjacent coastal region, which have a big Russian population too.

Of course, Russia is obliged to assist the Donetsk forces militarily if need arises.

Putin floated an idea that the vexed question of Ukraine's membership can be addressed in such a way that the West does not 'lose face'.

He suggested that Kyiv could instead 'refuse to join NATO. In effect, in so doing, they would translate the idea of neutrality into life.'

This is a tantalising thought that has been aired previously also.

But Putin linked this to 'the demilitarisation, to a certain extent, of today's Ukraine' -- that is to say, the West should not 'pump the current Kyiv authorities full of modern types of weapons.'

Lastly, Putin drew a red line on any attempt by Ukraine to develop nuclear weapons.

He said: 'Ever since Soviet times, Ukraine has had fairly broad nuclear competencies... They only lack one thing -- uranium enrichment systems. But this is a matter of technology, it is not unsolvable for Ukraine, it can be remedied quite easily.

'As to delivery vehicles,.. they have old Soviet-made Tochka-U missiles with a range of 100 plus kilometres, 110 kilometres. This is also not a problem in view of the competencies, say, at Yuzhmash, which used to manufacture intercontinental ballistic missiles for the Soviet Union.'

Without doubt, there is a stark warning implicit here for the European countries well as as to what the ascendancy of extreme nationalist forces with neo-Nazi in Ukraine could presage in future.

Ukraine is the world's only nation to have a neo-Nazi formation in its armed forces (external link).

These are the descendants of forces that had collaborated with the Nazi invaders against Josef Stalin.

To neutralise Russian intervention, Western intelligence had co-opted them (external link) to stage the coup in Kiev in 2014.

The so-called Azov Brigade of neo-Nazis in the Ukrainian armed forces had proved to be the most effective fighting force in pushing back the Russians separatists in the Donbass region.

With an eye on the Azov Brigade, more recently, Americans had hinted that they would support an insurgency against any Russian forces occupying Ukraine.

Putin seemed disinterested to have any direct interaction with the authorities in Kiev.

In fact, Russian diplomats in the embassy in Kyiv and the consulates in Lvov, Kharkiv and Odessa are being evacuated.

Putin is looking beyond the current regime in Kyiv.

Of course, if the Western military assistance to Kyiv continues in any form, Washington knows that Russia will regard it as a hostile act and there will be severe consequences.

Putin has made it clear that he is prepared to use force to counter any further Western encroachments into Ukraine to challenge Russia's security.

In these circumstances, the question of the return of military detachments of NATO to Ukraine in the garb of 'advisors' or 'trainers' also does not arise.

Putin won't allow it. That being so, the big question is: How long could Zelensky and his government hold out in Kiev? The countdown may have begun.

Putin remarked derisively that Zelensky may simply choose to leave Kyiv for the US, Paris or Berlin.

The elites in Kyiv are known to have big bank accounts in the West.

But what can the curators do to prop up Zelensky at such a critical stage?

In his national address, Putin spoke with a lot of bitterness.

At one point, he directly threatened the extreme nationalists who seized power in the 2014 coup and let loose a wave of violence and systematic persecution against ethnic Russians.

Putin said, 'The criminals who committed that atrocity have never been punished, and no one is even looking for them. But we know their names and we will do everything to punish them, find them and bring them to justice.' 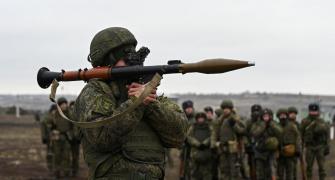 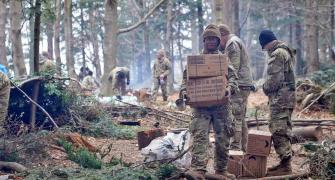 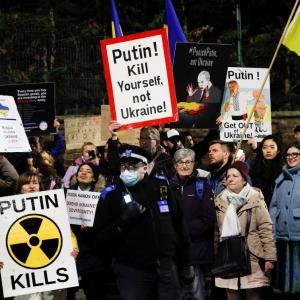 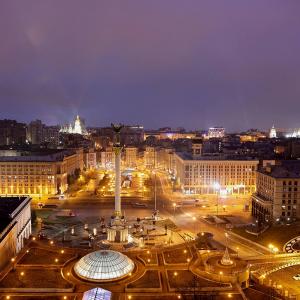 US will respond decisively: Biden on Ukraine attack