News
Business
Movies
Sports
Cricket
Get Ahead
Money Tips
Shopping
Sign in  |  Create a Rediffmail account
Rediff.com  » News » Khalid Masood is a product of the West, not Islam

'Did Islam kill those five people in London?'
'Or did one wacko individual do them in?' asks Vaihayasi Pande Daniel. 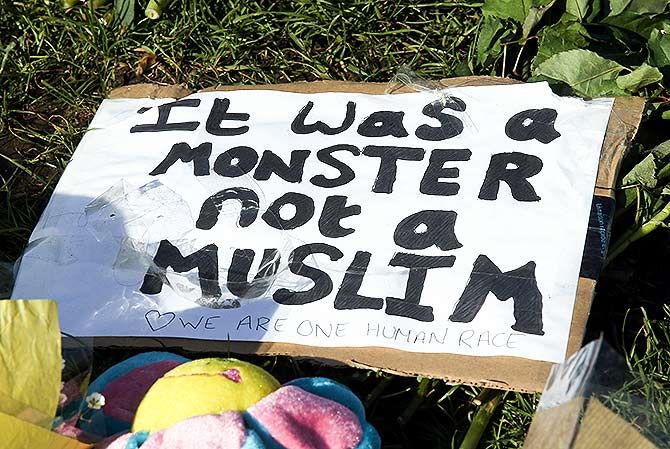 Masood was initially described as Asian, and Europeans likely grew more frightened of Islam than they already were.

But Masood is not an offspring of traditional Islam.

He was once Adrian Elms. His deranged mind came from a Western life gone wrong.

Every time I read up on a radicalised Westerner who became an 'Islamic' terrorist, the ingredients of their story are the same.

Brought up in a broken home.

Wandered into trouble with the law.

After release from prison, drifted from job to job, town to town, home to home.

No one ever remembers much about the individual.

His neighbours never knew him. Or remember when they saw him last.

Or how many children he had.

Did he have a wife?

Did his family wander off too?

Did he have any friends?

Did he hold down a regular job?

The sketch that vaguely emerges is of a solitary drifter.

Then he 'finds' radical Islam, and the next thing you know he is driving down Westminster bridge, mowing down people in his murderous wake, before he is taken out.

Post-attack there is a frantic search to find out who the dead attacker really was.

Once they trace his neighbours, his antecedents -- bingo! -- they discover trips to a Muslim country and a reasonably newfound devotion to radical Islam.

QED, Islam did it. Again.

Did Islam kill those five people on Westminster Bridge and in the Palace of Westminster?

Or did the frustrated, confused, troubled life story of one wacko individual do them in?

As I read up on this latest Islamic terrorist attack it brings to mind other terrorists.

As I analyse the background of these radicalised terrorists, a perhaps extreme view crosses my mind: Maybe it is the absence of Christianity, not the presence of Islam, in their lives that led them to terrorism.

Had they -- since they seemed to have had a desperate need for religion and a religious pathway -- been properly indoctrinated in their own faith, why the need to go a-seeking and then stray into a perverted version of Islam that they hardly understood?

Then there are the failures of modern life that take their toll on the most 'advanced' of societies.

"Radicalisation has many different reasons and causes. There is no single profile of (the) list of risk factors that would explain every case of radicalisation," Daniel Koehler, director, German Institute of Radicalisation and De-radicalisation Studies, Berlin, had told me in an interview.

"It is important to know that it always takes two types of factors for every individual: Positive and negative aspects," Koehler had added.

"Negative are any kind of frustration, like bullying in school, fights in the family, racism, no job etc," he explained. "Positives are, for example, quest for justice, honour, freedom, significance, to live up to your ideals."

Why are so many of these misfits, who scar a city with acts of terrorism, from broken homes?

Further, why is there divorce in nearly every second Western home? The UK has a divorce rate of 47 per cent, Belgium 71, France 55, US 53, Germany 49; figures per latest national census.

Why do so many marriages break up and why has this pattern over the years accelerated and why are so many children raised in broken homes?

Most importantly, why does that child become the casualty?

Once divorced, why does the youngster of that home go adrift?

Is s/he not loved enough? Why does s/he become psychopathic? Violent?

What is s/he acting out?

Why does it always seem to follow that same script?

Does this indicate partial breakdowns in modern society?

Is the onslaught of modernity and materialism seeing its structure fade away, like it is globally, and in our part of the world too?

Families require investment. If time is only for one's self, would one have a family or friends?

To say that family life is missing in the West is too broad and inaccurate a generalisation. But in the drive to be successful, earn money, live a materialistic life, it looks like it is getting watered down.

Family life is not chicken lunch on the second Sunday of every month with your elderly parents.

It means helping and depending on each other all the time, in illness, in death, during misfortunes and divorce, falling back on a support system of families and friends.

Maybe self-sufficiency, though immensely admirable, is a stronger value there and its casualty is family bonds.

In the advent of divorce, in advanced societies, do divorced couples and their children have enough support? Or do their children grow up less loved?

Do they become the victims? Are they, unconsciously, or by default, cast out? Lack of success does, too, it would seem, and the aloneness that stems from not accomplishing a monetarily successful, goal-oriented life. Their life tales have this theme too.

And then there is religion. Non-supporters of religion and atheists mull about the harm religion causes and may feel acts of terrorism can only denote a godless world.

But it is easy to see that religion and spiritualism can have a purpose. Many in the developed world seem to grow up in a vacuum where they have no religion.

They ultimately seem to have a need to go seeking some sort of religion and then often mistakenly find a brand of religion that is counterproductive.

If these same people had found religion or moral bearings early on, there would be no vacuum to be filled up with unreligion.

So was the Westminster attack something Islam inflicted on London?

Masood's misguided version of Islam was just a medium. Masood does not prove the co-relation between terrorism and Islam.

The March 22 attack is a sample of how a successful but imperfect society can start to cannibalise its own.

The West, or First World societies -- whatever you choose to call it -- has to take responsibility for producing these angry, isolated, individuals who run amok and feel they must hit back in such a murderously public way.

Many recent 'lone wolf' attacks were committed by individuals who did not feel part of the prosperous First World society they were living in, but instead led segregated lives on the margins.

It is time to examine why Western societies produced these outcasts.

And not to examine this brand of Islam, which is not Islam. 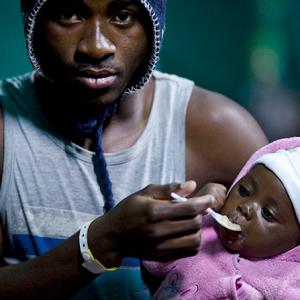