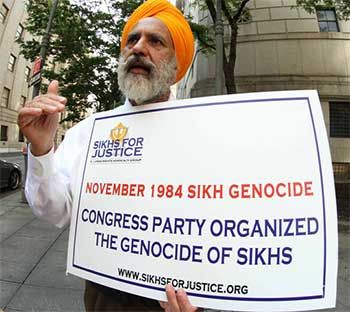 'There is no real doubt that the Congress government was incompetent in stopping the violence against the Sikhs and there are serious charges of mass murder that many in the party face.'

'It would do Indians a great service if the government showed that it was firm and decisive in acting against these people now and at least in this one instance of mass violence justice was possible,' says Aakar Patel.

Our mass national tragedies are so many that one finds it difficult to keep count. I am in my mid-40s and I can personally remember the trauma that came out of at least five incidents in which thousands were killed.

The massacre in Nellie of 1983 of 2,000 Muslims, the death of 3,000 in the Bhopal gas poisoning of December 1984. Then, in the same wretched month, the murder of 2,000 Sikhs in Delhi. Thousands again died in the riots in 1992 after the Babri Masjid was torn down (I was in my 20s now and fully aware of what was going on around me). And then, finally, at least a thousand killed in the violence in Gujarat in 2002.

I am sure I have left out some other major incidents. There have been events when hundreds of people have been killed in boat mishaps, natural calamities in which the state was unable to help its citizens who perished by the tens of thousands. And I am not including the deaths of tens of thousands of Kashmiris and the migration of the PAndits, because these happened not in one incident but over months and years.

In none of these cases of violence I listed has justice been easy to come by for the victims. All of our failings as a nation become visible when we examine the results and the sequence in any of these.

Our inability to properly investigate and hold to account those responsible for serious crimes has become obvious when we look at these incidents dispassionately.

One reason for the lack of justice in mass violence cases, we are told, is that the party in power is uninterested in prosecuting its own people, who participate in the violence or let it happen.

This is why, for example, it has been so difficult to get justice in the last named of this incidents, 2002. I am using this example since I know it best and was part of a three man team sent by the Editors Guild of India to look at some aspects of it.

The Bharatiya Janata Party government in power today has the chance of breaking this depressing cycle by acting firmly on the events of 1984. It has for a long time said that there was a deliberate shielding of culprits from the Congress party in it.

After taking office, the National Democratic Alliance set up a committee which found that 'proper investigation of the offences committed was not conducted,' and that, 'some kind of sham effort had been made to give it the shape of investigations.'

Following this the government set up a three-member team to file fresh first information reports and chargesheets in cases that had not been investigated.

I hope that the team acts decisively, firmly and quickly to give justice to those whose families were butchered three decades ago. If those responsible are punished in this instance, when it is believed by some that the cases are all old and cannot be revived, it will give hope to many of us that impunity cannot be taken for granted when the blood of Indians is deliberately spilled.

The committee was appointed in February this year. The special team is headed by an officer of the Indian Police Service, Pramod Asthana, and includes another police officer, Kumar Gyanesh and a retired sessions judge, Rakesh Kapoor.

The government gave the three men six months to look at the evidence that the Delhi police had ignored or not looked at properly. Six months later, the team's term was extended without it being revealed what they had done in this time. A report in Caravan magazine a few weeks ago looked at the issue and concluded that very little work had been done by the team.

It quoted H S Phoolka, a lawyer who has been representing massacre victims and their families. He said, 'There was a lot of expectation from the SIT when it was constituted,' but that 'they have made absolutely no progress on anything. Not only they haven't reached out to any of the victims, when one of the victims sent the SIT a complaint, it was returned without any comment... They did not even accept it.'

He felt that the SIT itself had been set up only as a gimmick and that the government wanted to take credit for it, without really wanting to do anything about it. I hope this is not true.

There is no real doubt that the Congress government was incompetent in stopping the violence against the Sikhs and there are serious charges of mass murder that many in the party face.

It would do Indians a great service if the government showed that it was firm and decisive in acting against these people now and at least in this one instance of mass violence justice was possible.

IMAGE: Sikhs in Manhattan in 2013 protest against the alleged role of Congress leaders in the 1984 riots. Photograph: Paresh Gandhi/Rediff.com 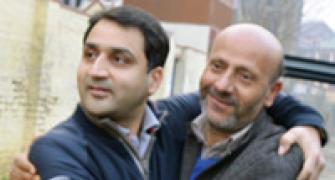 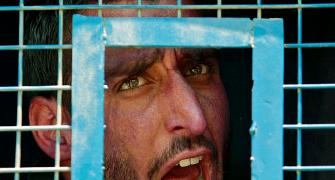 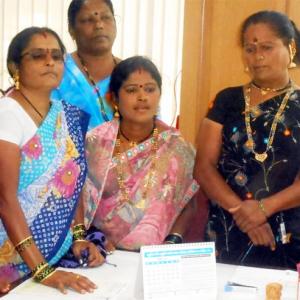