News
Business
Movies
Sports
Cricket
Get Ahead
Money Tips
Shopping
Sign in  |  Create a Rediffmail account
Rediff.com  » News » Is this the Pakistani sunset?

'The Americans have apparently distanced themselves from Pakistan, for good.
'The Chinese are feeling the heat with the gradual rise in the number of nations viewing Pakistan as the nursery of global terror,' says Brigadier S K Chatterji (retd). 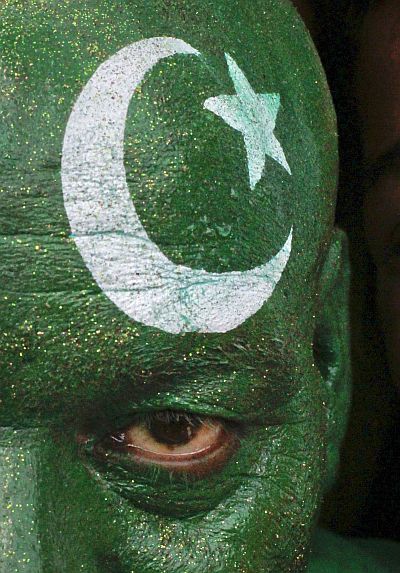 It’s not Pakistan, but the North Koreans who are garnering all the global attention, these days.

The testing of a whole family of missiles, topped up by a Hydrogen bomb has grabbed all the eye balls. But, nearer home for south and south Asian countries, another scene of an old play continues to be enacted.

Pakistan continues to calibrate terrorism in Afghanistan and India. A state has been reached where most of the world has begun to hyphenate ‘Pakistan & North Korea’ together as rogue states.

For too long have they harboured too many terrorist organisations.  Now, these establishments have found firm anchorage and challenge the authorities.

Their leadership roams at will, often makes statements to the press and seem to be unaffected by the law enforcement agencies or the honourable legal institutions that can otherwise get a Pakistani prime minister to resign.

Parallel with the tanzeems finding firm anchorage in Pakistan, has gone on this business of exporting terror to neighbours. The Afghans are fed up. India has been informing the whole world. The Americans have off late stated it loud and clear. Even its all-weather friend China joined the chorus in the BRICS summit on September 4 to name the terrorist organisations that operate from its soil.

The American President’s speech on the new Afghan policy chastised Pakistan unequivocally. His stark statement conveyed that at least 20 organisations, in the American list of terrorist groups, operate from Pakistan.

Trump also promised to cut off aid that has so long been used to target American service personnel in Afghanistan. Pakistan, a nation living on doles even after seven decades of independence, has been justifiably shaken.

Pakistan has reacted to Trump’s threat with varying tones, tenors and pitches. While the foreign minister talked about distancing themselves from terrorists, the defence minister reiterated the old parody; these organisations are the strategic partners of Pakistani Army. The new prime minister has kept his own counsel.

Perhaps an equally harsh blow was delivered in the BRICS meet in Beijing, when the joint statement of the participating countries named terrorist outfits operating out of Pakistan by name.

The role of honour included Lashkar-e-Tayiba and Jaish-e-Mohammed. The fact of even China, Pakistan’s sole all-weather friend, teaming up with the rest, surely causes enough consternation at Islamabad.

In the recent past, the Russians have seemingly gone soft on Pakistan. The Indians leaning the American way may have been one of the primers. It surely is also driven by the desire to make Afghanistan more costly for the Americans.

However, it’s doubtful whether the correct payback time is now for all that the Americans did to them when they ran Afghanistan in the 1980s. The reasons are simple. The USSR broke up in part due to its overreach, with Afghanistan being the biggest bleeding wound. No one knows why not to get into Afghanistan, better than the Russians.

While relating with Pakistan, Russians will surely understand the losses it will incur in terms of its most lucrative arms market and a long history of a robust relationship.

Pakistan has been a frontline state in the US lead Global War Against Terror. For the frontline state to lose its pole position and being identified as being part of the problem, is a huge shift.

An equally big issue is the tap being closed for funds to flow. Pakistan received US $3.5 bn in 2011 as compared to less than US $1 bn in 2016. Other than West Asians donors, there is only China left to fund.

There are sound reasons for the Pakistani GDP growth rate to tumble. If the new American approach gathers momentum in the days ahead, Pakistan could be headed for sanctions that might just hasten the process.

If they do try and stage another major attack in India, the sanctions may not be too far away. In the interim, with American funding on the wane, Pakistan has opted for the Chinese Belt and Road Initiative (BRI) bandwagon.

The China-Pakistan-Economic-Corridor (CPEC) is the crown jewel of BRI. It passes through Gilgit-Baltistan, a territory that’s disputed between India and Pakistan, and then traverses across the length of Pakistan to terminate at the Chinese funded Gwadar Port on the Arabian Sea that’s been leased to a state run Chinese company for 40 years.

The Pakistani government has not been able to sell the CPEC concept to its people. Pakistanis are not inclined to believe that CPEC will prove to be a high octane growth driver for their economy.

On the contrary, they are worried about landing in a debt trap, losing their strategic autonomy, detrimental impact on social cohesion and aggravation of insurgent/ violent movements in Baluchistan and other regions that the CPEC arteries will pass through.

Of all CPEC’s impacts, the affect on an already fragile social cohesion is the most worrisome. As CPEC progresses, attacks on the assets being created will only increase, thus prompting the Pakistani state to respond in a heavy handed manner.

It will, sooner or later, initiate a vicious cycle of violence between government forces and Islamist tanzeems.

The Americans have apparently distanced themselves from Pakistan, for good. The Chinese are feeling the heat with the gradual rise in the number of nations viewing Pakistan as the nursery of global terror.

Pakistan, barely has any other staunch supporters other than USA and China. Under the circumstances, can sanctions follow, quite on the pattern that the other rogue state, North Korea faces. Such a step will only aggravate centrifugal forces in Pakistan; the existing fractures between Pakistan’s provinces will only run deeper and the chasms spread wider.

The writing is on the wall for Pakistan. Either they switch over to combating terrorism and stop aiding terrorist groups, or international opinion against them swells leading to greater isolation and measures being initiated to rein in a state identified as rogue.

For the world, the option that Pakistan decides to adopt is critical. At the end of the road, the stakes include the ownership of a nuclear arsenal that can cause havoc. 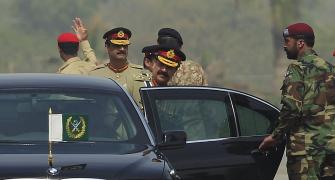 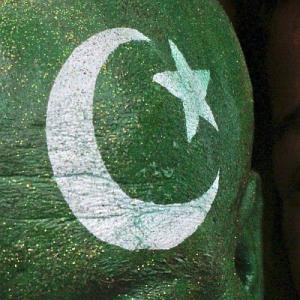 US lawmakers move bill to brand Pakistan as a terrorist state