India and Pakistan, says Praful Bidwai, have to get out of the deeply ingrained habit of regarding their Hot-Cold War as something normal and inevitable, and move towards demilitarising their borders.

Skirmishes at the India-Pakistan Line of Control in the Mendhar sector in Jammu have spilled blood -- both soldiers' and civilians'-- and precipitated a crisis that could snowball into a destructive conflict unless it's resolved through skilful diplomatic intervention.

Both India and Pakistan will pay an avoidable, but exorbitant, price if they don't decisively reject calls for avenging what's regarded as one side's humiliation by the other and thus quickly end the shooting war between their militaries amidst charges of the beheading of soldiers.

This is the appropriate moment for sobriety, leadership and statesmanship, not frenzied responses and beating of war drums. The process of defusing tensions should not be left to the military, but must be driven by the apex civilian leadership.

The border clashes couldn't have come at a worse time. India and Pakistan have recently made significant progress in engaging each other and showing some willingness to reconcile differences over issues such as the Siachen glacier and Sir Creek, improving trade and economic relations, developing energy-sector cooperation, and greatly liberalising visa regimes, including a five-city visa-on-arrival for senior citizens at Wagah.

Civil society has breathed new energy into the dialogue and reconciliation process. Sports and cultural exchanges -- including joint India-Pakistan music performances -- and media interactions have lent credibility to the idea of peaceful, mutually enriching, co-existence. Pakistan's civilian government is about to complete its full term, for the first time ever.

Until last fortnight, the prospect of mutual reconciliation looked hopeful.

These positive changes came about because of a major shift of stance in Pakistan's 'deep State', namely the army, as shown by its approval for granting the most-favoured nation trade status to India. This couldn't have been easy.

Similarly, over the years, Pakistan has moved away from its insistence on resolving the 'central' issue of Kashmir first, to a gradualist approach of improving relations by settling other disputes while negotiating Kashmir on a separate, if slow, track.

This has emboldened the Tehrik-e-Taliban Pakistan to mount audacious attacks on the Pakistani military, feed an insurgency in Balochistan led by Sunni extremists out to butcher Shias, and fomented mayhem and organised crime everywhere, thus accelerating Pakistan's economic downturn.

A certain reordering of the civilian-military balance is also under way in Pakistan: The presence of a strong judiciary and media helps elected leaders and discourages direct military intervention despite the leaders' misgovernance and corruption.

Any escalation of tensions at the LoC will disrupt this healthy transition towards democratisation and further improvement in relations with India.

As regards the LoC clashes, it's necessary to sift facts and credible reports from rhetoric, itself inflamed by the understandable public outrage at the reported beheading of an Indian soldier by Pakistani troops.

Trouble started brewing around Charonda village near Uri not in January, but on September 11, when a 70-year old grandmother crossed the LoC to Pakistan-administered Kashmir to join her sons. This set off alarm bells at the 11 infantry brigade headquarters.

To counter this 'vulnerability', reports The Hindu (January 10), an Indian Army unit started building bunkers along the LoC near Charonda to watch the villagers' movements.

The India-Pakistan ceasefire agreement of 2003 bars such construction, but Indian commanders argued that the bunkers face out towards the village and pose no threat to Pakistan, and refused to halt the work.

Local Pakistani commanders publicly demanded that the construction be stopped. When it didn't, Pakistani troops started shelling across the LoC. The firing killed no Indian soldiers, but three villagers. Indian troops fired in retaliation.

Such tit-for-tat exchanges continued for weeks. Yet, no remedial action was taken by the Indian Army's top brass or the defence ministry. Nor did the ministry of external affairs or the prime minister's office intervene.

Then, on January 6, an Indian officer decided to launch aggressive action against Pakistani positions, apparently without permission from the top, and a Pakistani soldier was killed. It's not clear if Indian troops crossed the LoC, as Pakistan alleges.

The point is such hostile exchange of fire is fairly (and unfortunately) 'routine'. But this one quickly spun out of control.

Two days later, Pakistani troops killed two Indian soldiers and reportedly beheaded one and mutilated the body of the other. In retaliation, Indian troops killed another Pakistani soldier on January 10. The two States' high commissioners were summoned by the host foreign ministries to face strong protests.

Meanwhile, much of India's electronic media went into a hawkish overdrive demanding a 'fitting reply' to Pakistan. Indian and Pakistani military leaders made belligerent statements, Indian Air Force chief N A K Browne going as far as to say that 'We have to look for some other options' to secure Pakistan's compliance with the ceasefire. Army chief Bikram Singh asserted India's right to retaliate by 'aggressive' means.

Worse, Defence Minister A K Antony described Pakistan's conduct as a 'turning point'. Since then, Foreign Minister Salman Khurshid has cautioned against 'wild calls for revenge and reaction.' There was also a flag meeting between local commanders, with indifferent results.

However, there has been no focused diplomatic engagement with Pakistan, no attempt to order military leaders to refrain from making threats and deploying hostile rhetoric.

An early diplomatic initiative could have taken the form of reassuring Pakistan that building an observation bunker near Charonda wasn't an offensive action; under a mutual agreement, Pakistan could also build one on its side facing internally; in any case, India wouldn't act unilaterally.

Had this failed, Indian and Pakistani diplomats could have worked out a non-military way of dealing with the 'vulnerability' problem while preventing escalation and maintaining the sanctity of the 2003 ceasefire agreement.

Indian civilian leaders should have reasserted their authority over the military, and told it clearly that it regards the ceasefire as valuable and an essential precondition of India's own security.

Regrettably, India's civilian leadership has increasingly ceded policy-making ground to the armed forces and allowed their commanders to speak out of turn on issues like Siachen and the Armed Forces Special Powers Act in Kashmir and the Northeast. This trend must be reversed.

The defence ministry cannot function as an autonomous body, but must be brought under the firm control of the Cabinet and the PMO. The military and security/intelligence agencies must fall in line too.

It's in India's own interest that peace and tranquillity are maintained at the LoC. The decade-old ceasefire agreement has helped India avert external mediation and concentrate on improving bilateral relations with Pakistan and address some root causes of mutual tensions and insecurity.

India and Pakistan haven't shown maturity in dealing with ceasefire violations, some of which allegedly provide cover to infiltration by militants. Scores of violations occur routinely -- by India's own claims, there were 117 last year and 61 in 2011.

The system of weekly 'hot-line' calls between the two Directors General of Military Operations isn't strictly adhered to and hasn't worked.

Perhaps we need a higher-level engagement between our diplomatic, security and intelligence establishments. A ceasefire enforcement review is urgently called for. As are steps to prevent conflict escalation even if minor skirmishes occur.

Even more unacceptable is routine tit-for-tat shelling which treats soldiers like cannon fodder, with no value attached to their life. And absolutely impermissible and illegal under the Geneva Conventions are barbaric practices such as torture, and mutilation and beheading of soldiers' bodies, which reportedly happened not just in 1999, but also last year.

However just the cause of a war may be, it must also be conducted in a just manner, whatever the provocation. Cruel, inhuman and degrading methods have no place in a just war.

Indian and Pakistani militaries must be compelled to behave in a responsible, restrained and civilised fashion across what's admittedly a difficult, inhospitable, rough terrain and poorly provisioned border with a huge concentration of troops.

There's no place here for extreme, vengeance-driven responses which seek to inflict maximal pain upon adversaries.

The guns must fall silent. Or else, a potential will always exist where small clashes escalate into a major conflict, as happened at Kargil, when both adversaries recklessly brandished their nuclear swords.

Such restraint is not impossible to achieve. During the Cold War, the US and the USSR regarded each other as mortal enemies and were armed to the teeth. Yet despite systemic hostility and countless provocations, they never exchanged a single shot, leave alone beat up and expel each other's diplomats or torture soldiers.

Put simply, India and Pakistan have to get out of the deeply ingrained habit of regarding their Hot-Cold War as something normal and inevitable, and move towards demilitarising their borders.

A transition from a climate of tension, suspicion and hostility to a culture of peaceful resolution of conflicts is a great challenge not just for our militaries, but our diplomats, policy-shapers and even civil society and ordinary citizens too.

On that depends our very survival. 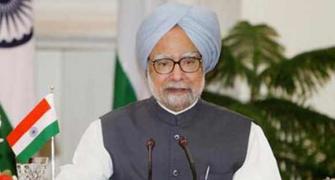 Government indifferent towards honour of ex-servicemen

Our beheaded soldiers: What would Swami Vivekananda have done?