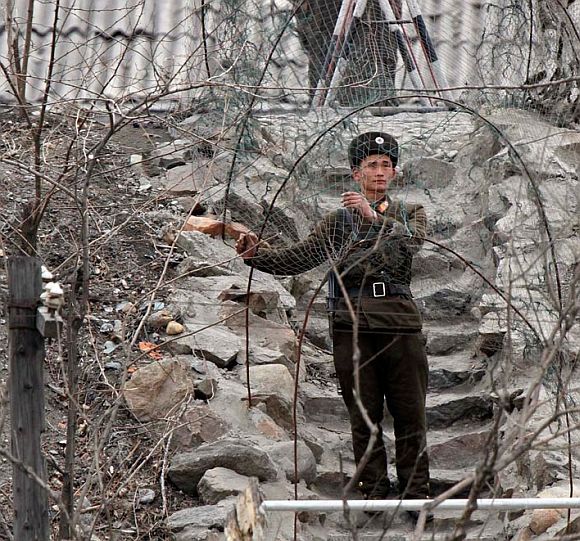 People on the Ladakh sector of the border with China are compelled to ponder over a heart ripping prospect of a future in China -- a country they viscerally hate for steadily usurping their land. Their swelling disillusionment and popular frustration with India is fraught with grave geo-strategic and national security implications for the country. New Delhi's morbid indifference is indeed frightening, says R N Ravi.

The guardians of the nation, ensconced in rarefied shells on the Lutyens knoll, though are ever quick to dismiss media reports of Chinese intrusions into the Indian territory as 'acne' and 'pimple', but Indians living at the border feel differently. They are appalled and intrigued at Delhi’s denial of the daylight truth about steady loss of their livelihood -- the precious pastures crucial for sustenance of their livestock to the Chinese.

A recent week in the villages along the border in the Ladakh sector left the writer with a queasy feeling that the people who are the vanguard of our defence against China, are feeling forsaken and suffering a wrenching emotional re-orientation of their sense of belonging. Persistent betrayal by New Delhi has shaken their innate sense of Indian-ness. They are compelled to ponder over a heart ripping prospect of a future in China -- a country they viscerally hate for steadily usurping their land, smashing and grabbing Tibet -- the country they share their cultural and spiritual values with and waging a treacherous war on India. Their swelling disillusionment and popular frustration with India is fraught with grave geo-strategic and national security implications for the country. New Delhi's morbid indifference is indeed frightening.

Contrary to popular perception, diligently engendered by wilful distortions of the country's frontier's geography by the rulers and their misleading utterances that the Ladakh's region along India-China border is a sprawling stretch of desolate rocks and dead mountains where 'not a blade of grass grows', it is the home and habitat of a people who are culturally rich, politically sensitive and emotionally proud Indians. Unfortunately the country is sorely testing their patriotism.

From Shyok, the northernmost border village in the sector where China has been the most aggressive -- the latest reported aggression was in April this year in which they grabbed further some 30 kms of the Indian territory, to Demchok, the easternmost border village, an stretch of some 400 kms, the people feel utterly abandoned by the governments -- state as well as the central. Primary healthcare, education, roads and communication seem surrealistic dreams to the people. Health centres of sorts are as far as over 150 kms from the villages with no roads. From Demchok the nearest health centre is at Nyoma, the sub-divisional headquarter, over 175 kms away with no connectivity. A weekly bus trundles between Leh, the district headquarters and some lucky villages linked by mud and gravel roads during non-winter months. Thanks to solar electricity some of the villages get about 2 to 3 hours of light in the evening contingent on sunshine during the day. A primary school is a far cry for most.

Widespread sense of deprivations at the absence of the most basic necessities of life gets painfully accentuated at the stark contrast with the amenities visible a stone's throw across the border in Tibet where they seem to have everything -- hospitals, schools, network of excellent roads, 24x7 electricity and mobile phones with robust connectivity. In fact, lost in this wilderness for a week my only link with home and the world was the China mobile to which my cell phone got automatically hooked for the most part of the travel. A sneaking sense of admiration for China is palpable!

While the people feel aggrieved at the lack of basic amenities, what hurts them most is the steady loss of their traditional livelihood -- precious pastures, to intermittent Chinese land grabs. The pastures are crucial for sustenance of the livestock -- sheep, goats and

yaks. In an extremely harsh terrain where mercury dips below minus 40 degree celsius, with no agriculture or industry, the livestock is the main source of livelihood. Size of the livestock crucially hinges on the extent of available pastures. Steady grab of their pastures by China has depleted their livestock almost by the half. A family that had some six to eight hundred sheep and goats till about a decade back can barely afford half of it today. Drastic erosion of their livelihood over a relatively short period of time has devastated them and is profoundly shaping their worldview.

Since the land grabs by China seems unstoppable and India is perceived indifferent, the border people are having wrenching doubts over India's commitment to them and its territorial integrity. Having seen their land being steadily gobbled by China without any resistance, the border people have begun suspecting their sense of nationhood. In every village they ask, how does the 'mighty' India not even make pretence of defending its territory and its people's vital interests? How come the Chinese troops increasingly grab ever more Indian pastures for their graziers without opposition while the Indian troops, for fear of confrontation with the Chinese, don't let the Indian graziers take their livestock even to the pastures that were theirs till the last season? Manifest rise in prosperity of the people across the border, to some extent made possible by acquisition of more and more Indian pastures, and India's inscrutable insouciance is rather compelling for them.

The on going loss of land and livelihood has also drastically altered the people's perception of our troops. Unaware of the intricacies of the game between Delhi and Beijing, their pride in the own troops is palpably eroded because they believe they are 'weak' and ‘coward'. Instead of providing them with a sense of security and comfort, the troops often harass and gratuitously punish the villagers in the guise of enforcing the Indian customs law.

Over the years while India has remained a distant notion for the border people, the only visible presence is the Indian Army and the Indo Tibet Border Police, China with their cheap consumer goods has come remarkably closer. For example, during the winter when the desolate region turns into an unforgiving freezing mountain dessert, the people try to reach the nearby markets across the border for cheap Chinese blankets and thermos flasks. In a region where the main source of fuel is droppings of the livestock, conserving them for optimal use in cooking food for the family is their utmost priority. A thermos flask keeps the butter tea, their staple drink to fight the cold, hot. According to the villagers while the Chinese troops let them reach the market and buy the goods without let or hindrance, our troops harass them and do not spare even women carrying tea in China made flasks to their menfolk.

The nearest Indian market is at Leh, a long week away. For many it is way beyond their reach. It is another story that the shops in the Moti market, the main shopping area of Leh, are stacked more with Chinese than Indian consumer goods. Profits added, the goods are costlier than the Chinese markets across the border.

The border guarding troops on a hostile frontier ostensibly deployed to defend its land and the people from the Chinese aggression instead being busy enforcing customs laws betrays the priorities of New Delhi. The irony has not escaped the local inhabitants!

Caught between a ‘strong’ and aggressive China that 'cares' so much for its own border people and a ‘weak’ and ‘indifferent’ India that has not only utterly failed in its guardianship but periodically celebrates its failure with the Chinese in Beijing and Delhi, the locals are reading between the lines and psychologically re-adjusting to the manifest China-centric geo-political realities in the region. They have begun discovering deeper meanings in the common cultural co-ordinates and shared sociological bonds with their kin across the border and, of course, a likely not so dark a future in China! Among the legacies of the Congress rule over India few would be darker. 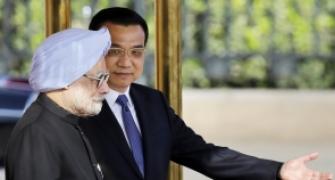 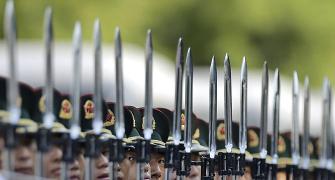 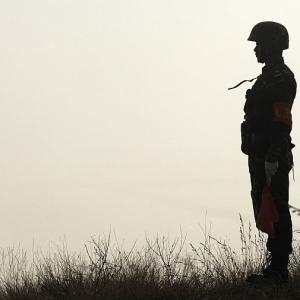 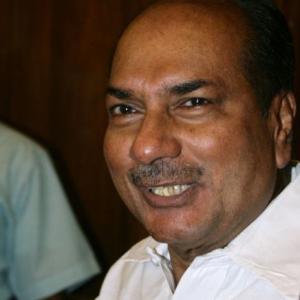 Faceoff possible so long as border is unsettled: Antony on China