The social media purveyors of India need the government in the trenches with us, not high above, in disconnected office buildings, passing judgment and deciding what we are allowed to say and what not, says blogger Vijayendra Mohanty.

I take it you have heard about the blasphemy law and all the uproar it is causing? No, not the one in Pakistan. India now has its own blasphemy law now. It has a narrower focus and it is not rooted in any kind of religiosity, but at the end of the day, it is the exact same as Pakistan's blasphemy law.

The government of India has brought forth legislation that amounts to censoring free speech on the Internet. A few weeks ago, the government placed a temporary block on several websites. The reasons for this have not been made public yet. The block was made possible because the government gave itself the power to do so according to the IT Amendment Act of 2008. With this power, the government can place bans on specific websites that it deems objectionable or it can effectively pull the switch on all cyber traffic in India. Failure to comply with the law is punishable with up to seven years in prison.

More recently, the government of India has been looking at other options to enforce the ban in case the 'kill switch' does not work. Technicalities aside, such legislation presents some very obvious problems regarding freedom of speech and how far governments should be allowed to place bars on the same.

Security is a very real concern and needs all the attention we can give it. The Internet is a vast, un-policed wilderness where it is nearly impossible to monitor communication. For that, and that alone, the government's wanting to temporarily disable web traffic may seem justified. But one runs into more difficult waters when some of the other reasons are examined.

Talking to a major newspaper recently, Information and Technology Minister Kapil Sibal said that one of the reasons that Internet censorship may be necessary is that the web is often used for defamatory purposes. As it is, one has to jump through uncountable hoops in a court of law to even prove that a defamation charge is even valid. Sibal's alternative to that complicated process is a blanket ban? Sounds unreasonable. Sounds crude. Sounds deeply suspicious.

The only people 'defamed' by the Internet-going public of India in recent times have been ministers of the central cabinet like A Raja, and officials such as Suresh Kalmadi. There was also the case of Congress General Secretary Rahul Gandhi being quoted in a Wikileaks expose making uninformed comments about terrorism in India. They have been taken to task for serious matters of corruption and wrongdoing. There were some instances of mainstream media journalists being involved in similar matters also and those were discussed threadbare as well.

But in each of these cases, the actual newsbreak came from proper media outlets -- newspapers, magazines, and their online presences. The government of India hasn't placed any sort of restriction on media outlets, but it objects to its subjects talking among themselves. This reason behind the legislation seems little more than a big brotherly move to shut us up.

The 1975-1977 Emergency was called into effect under similar excuses. But it did more than just address security concerns. Newspaper editors, dissenting political voices, and all manner of other opposing parties found themselves in prison for faults no greater than the exercise of free speech. The nightmare lasted for two years and is still a blot on the history of this free country. But while the people may shudder at the thought of something like that happening again, the Congress government, which was in power then as well, sees nothing wrong with another emergency.

In February this year, the Department of Information Technology brought forth legislation called the 'Due Diligence Rules, 2011'. These rules make specific mention of bloggers and hold them responsible for content that may be deemed 'harmful, threatening, abusive, harassing, blasphemous, objectionable, defamatory, vulgar, obscene, pornographic, paedophilic, libellous, invasive of another's privacy, hateful, or racially, ethnically or otherwise objectionable, disparaging'. Most of these terms can be interpreted in ways that would make pretty much any kind of opposition to anything punishable. What's more? Bloggers are responsible also for such content posted in the comments to their sites. The government has started seeing them as enablers of communication and therefore, as clear threats.

The solution to problems arising out of freedom of speech is more freedom of speech, not less. The government, if it is genuinely concerned about the ease with which misinformation spreads via the Internet, should take steps to counter it by being present there.

What we need is a solid and extensive government presence on the world wide web -- not as any kind of control, but as a voice of authority. Rumours explode yes, but they are short-lived and without basis, they cannot be sustained for long. And if there is a source on the Internet for reliable information from the horse's mouth, such incidents can be greatly reduced. Thinking that people will gravitate towards rumours even when more reliable information to the contrary is available is just plain disrespect to the public's intelligence.

In short, we the social media junta of India need our government here in the trenches with us, not high above, in disconnected office buildings, passing judgment on us and deciding what we are allowed to say and what not.

Vijayendra Mohanty is a blogger and comic book creator. He can be reached here and on twitter here. 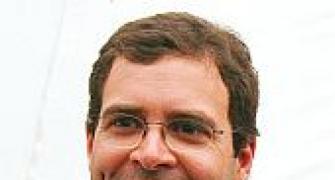 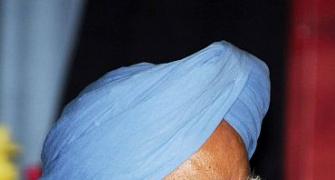 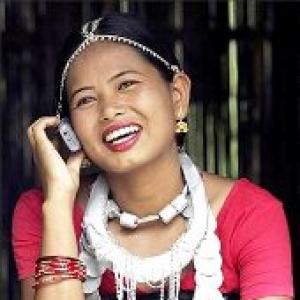 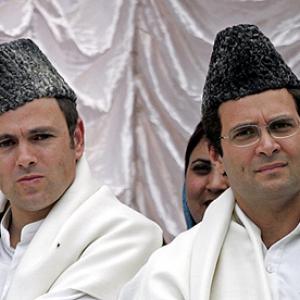 Didn't back UPA in trust vote at Rahul's bid: Omar