The creation of a CDS has got the head right.
Issues that were not talked about for years are now being discussed, points out Ajai Shukla. 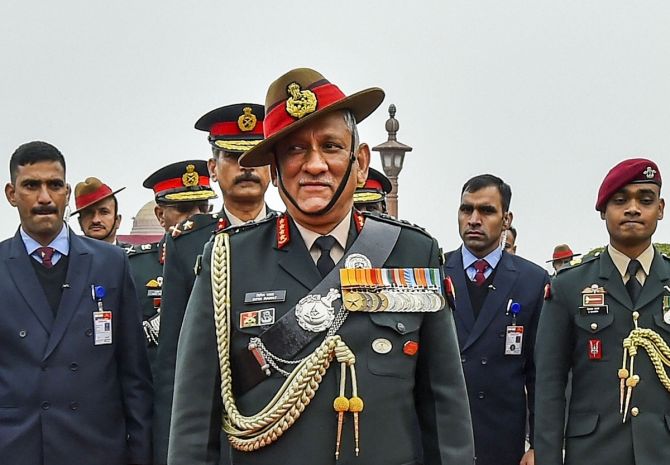 The most far-reaching structural change to the military that the ministry of defence is currently evaluating relates to restructuring the army, navy and Indian Air Force into integrated theatre commands.

This involves merging 17 single-service commands into a smaller number of joint-service commands, in which the combat capabilities of all three services are synergised to create greater battlefield effect.

To plan, oversee and implement this essential reorganisation, the government created the post of a tri-service Chief of Defence Staff and, on January 1, 2020, elevated the army chief at that time, General Bipin Rawat, to be the first CDS.

In the 15 months since then, much work has been done, but crucial questions remain: Who will the theatre commanders report to in wartime? Will their boss be the CDS, who will directly control combat operations? Or will they report to a Defence Council -- an unwieldy committee, headed by the defence minister?

The government is inclined to have the CDS as a single-point operational commander.

With future conflicts expected to be localised and sectoral, combat platforms and equipment would have to be shared and transferred when required from dormant areas to active ones.

Leaving such decisions to the long-winded procedures of a Defence Council would be unwise.

It would be better if the CDS exercised operational control, with the Integrated Defence Staff (IDS) as his secretariat.

This shift in operational responsibility would require the army's Directorate General of Military Operations and its naval and air force counterparts to shift to the IDS.

This would require a tri-service operations room, with each service vertical functioning under a three-star general.

Meanwhile, the role of the three service chiefs would be circumscribed to recruiting, training and equipping their respective services.

This would be the greatest reduction in powers of the three service chiefs and the single biggest enhancement of the powers of the CDS.

On the ground, the hazy outlines of the first two integrated commands are already visible.

The first of these is the National Air Defence Command that will be led by an air force officer.

The second, which should be cleared shortly, is the Maritime Theatre Command (MTC), which will be commanded by a navy admiral.

Neither of these have been greeted with unalloyed joy: The air force says it was already responsible for defending all of India's airspace; while naval officers are grumbling about how the proposed MTC should actually comprise two commands -- one each for the eastern and western seaboards.

This is hardly warranted, since both oceanic spaces are in close proximity; and the total naval force is barely 150 ships.

But it is a reminder of the sensitivity within the services, especially the smaller navy and air force, about getting left behind in the race to command and control the new theatres.

The MTC, as currently conceived, carves out an expansive role for the navy.

It will subsume into itself all the navy's current forces and infrastructure, including what is under the tri-service Andaman and Nicobar Command.

The MTC will also include the air force bases at Sulur, Jamnagar and Thanjavur, and the amphibious warfare brigade -- 108 Infantry Brigade -- based in Port Blair.

The navy is also pitching for the Thiruvananthapuram-based 91 Infantry Brigade, but is running into army opposition.

Along with the army's static establishments and training schools in peninsular India, the 83,000-strong navy of today will expand into a 300,000-strong integrated theatre command.

Even so, there is apprehension amongst the admirals.

From preliminary signals emerging from South Block, the government intends to have six-to-seven integrated commands, organised on either a functional, or a geographical, basis.

With the navy heading the MTC and the army heading the NTC, leadership of the WTC, which faces the Pakistan frontier, would fall to the air marshals.

This is an enormous force accretion for the air force, by any measure.

This delineation of responsibility would also have to deal with legacy problems in sectors such as Ladakh, where the army's 14 Corps has one of its two divisions facing Pakistan and the other deployed against China.

These legacy problems can be sorted out after the apex management structures are in place.

A solution could involve placing the Pakistan-facing division in Kargil under the Srinagar-headquartered 15 Corps, while 14 Corps' area of responsibility could be extended southeast-wards, incorporating areas along the Himachal and Uttarakhand borders with Tibet.

The new NTC will not have to worry unduly about the deployment in Sikkim and Arunachal Pradesh, since three army corps deployed there ensure troop levels are adequate.

Getting the apex command structures right is an essential pre-requisite for sorting out other minor issues, such as allocating an armoured brigade here or an artillery brigade there.

The creation of a CDS has got the head right. Issues that were not talked about for years are now being discussed:

Amidst the intellectual churn within the services around questions of 'theatre-isation', two more lines of thought have been occupying the generals.

The first of these is around the creation and employment of Integrated Battle Groups, which General Rawat began as army chief.

While this is purely a tactical concept that involves swift grouping and regrouping of units to deal with changing battlefield scenarios, General Rawat extended this to making permanent organisational changes, including the creation of many more vacancies in major general's rank.

This has drawn defence ministry opposition and the initiative is stumbling.

The second change, triggered by last year's Chinese intrusions, is the rebalancing of the army's posture, from its traditional Pakistan-focus to a larger deployment against China.

This has already been executed over the preceding year by the army chief, General Manoj Mukund Naravane. The army's pivot to the North, as it has been referred to, is a smooth fait accompli. 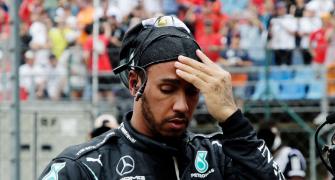 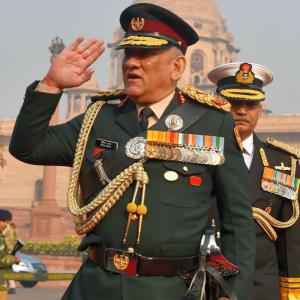 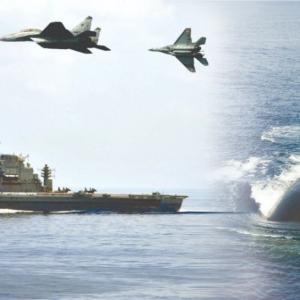