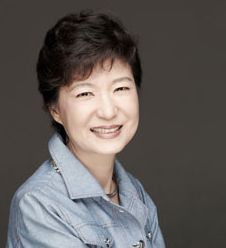 The visit of Park Geun-Hye to India, though a symbolic one, will certainly give a further impetus to the strategic partnership between the two countries says Rup Narayan Das.

It is a coincidence that the three day visit of South Korean President Park Geun-hye to India is taking place this week ahead of the visit of the Japanese Prime Minister Shinzo Abe, who will be the chief-guest at India’s Republic Day celebrations.

Earlier in 2010 the then President of South Korea Lee Myung-bak was the chief-guest at India’s Republic Day. A lot of strategic significance is attached to these two visits. In the first place, they indicate the success of India’s extended ‘look east’ policy initiated in 1991 beyond South-East Asia.

Both economic interests and strategic considerations reinforce each other in a seamless manner in India’s engagement in the broader East Asia. It is all the more appropriate that India’s ‘look east’ policy and its economic reforms were initiated concurrently during the same time.

India is one of the few important countries that Park Geun-hye chose to visit after her election in December 2012. Earlier she visited the US, China and Vietnam. In any case this is her first visit of the year. She is the first woman President of South Korea and enjoys strong political lineage. In the recent years South Korea has been very active in international affairs, which has enhanced its global profile considerably. In 2010 it hosted the G-20; and later the Nuclear Summit in March 2012. Prime Minister Dr Manmohan Singh participated in both the events.

India-South Korea relations are rooted in the history and culture of the two countries. Although India is not a party to the six party talks to engage North Korea, peace and stability in the Korean peninsula has always been a matter of abiding interest to India. It may be recalled the crisis in the Korean Peninsula was discussed at length in the Indian Parliament on 31 July 1950. Then Prime Minister Jawharlal Nehru had appealed to the Russian Prime Minister Joseph Stalin and to US Secretary of State Dean Acheson that the authorities of these two great countries should be exerted to localise the arm struggle in Korea, and break the deadlock in the UN Security Council over the admission of the People’s Republic of China, so that the extant international tension might be eased and the way opened to the solution of the Korean problem by discussion in the Security Council.

India was appointed as chairman of the 9-member UN commission to hold elections in Korea in 1954; after the Korean war of 1950-53. India played also an important role as the chairman of the Neutral Nations Repatriation Commission.

In recent times, South Korea has been one of the earliest countries to take advantage of India’s economic reforms and liberalisation to invest in India and engage with its economy. Many of the South Korean companies like Samsung, LG, Hyundai Motors are household names in India. The “Long term Cooperative Partnership” established with the Republic of Korea during the visit of President Roh Myun-hwan to India in 2004 provided an impetus to India-ROK relations. The signing of the Comprehensive Economic Partnership Agreement in August 2009 has added more contents to India-ROK economic engagement.

The relationship between the two vibrant democracies was elevated to ‘strategic partnership’ level in 2010 during the visit of the then South Korean president to India. This was indeed the recognition of the evolving strategic scenario in the region and the deepening of India-South Korea comprehensive engagement. During the visit four documents -- an agreement on transfer of sentenced persons, a MoU on cooperation on information technology and services, a programme of cooperation in science and technology and another MoU between the Indian Space Research Organisation and the Korean Aerospace Research Institute. It was also decided to raise the level of the foreign office consultations to that of vice minister (secretary). Later during the visit of President Pratibha Devisingh Patil’s visit to South Korea in 2011, the two countries signed the nuclear deal.

Over the years bilateral trade between India and South Korea has increased by almost 70 per cent, crossed $20 billion in 2011. The trade volume, however, contrasted in the year 2012 to $17.39 billion for the months from January to November. During the visit of Prime Minister Dr Manmohan Singh to Seoul in March 2012, the two sides decided to set a new target of $40 billion by 2015.

India’s 1 trillion dollar infrastructural development during the 12th Five Year Plan and the latest decision of government of India to allow Foreign Direct Investment in the railways offers South Korea very good opportunities to invest in India. Development and modernisation of ports in which South Korea has expertise are also areas in South Korea can engage. It augurs well that on the eve of Park Geun-hye’s visit, the ministry of environment and forests has accorded environmental clearance to the long pending $12.6 billion POSCO steel plant in Odisha. This is billed as India’s largest Foreign Direct Investment.

Defence and maritime security are yet other areas for India-ROK cooperation. The MoU on defence industry and logistics cooperation signed in 2005 is the blueprint of India-ROK defence cooperation. Under the MoU, the two sides have set up a joint working group on cooperation, which has been meeting from time to time .The two sides have agreed to explore the possibilities of joint ventures in research and development and manufacture of military equipment, including through the transfer of technology and co-production.

The visit of Park Geun-hye to India, though a symbolic one, will certainly give a further impetus to the strategic partnership between the two countries. Tough for India, China to curtail oil imports from Iran: US 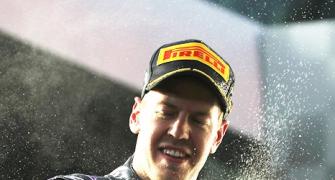 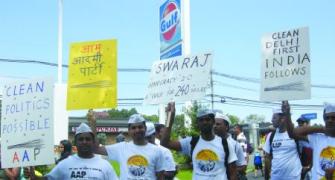 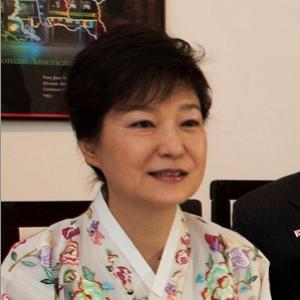