Nitish Kumar knows he has lost his credibility with his opportunistic hopping.
He is now a much weaker ally of the BJP than he was before and more dispensable.
He can no longer harbour a national role for himself as he could have in a Congress-led front.
Mohammad Sajjad's insights into the political drama in Patna. 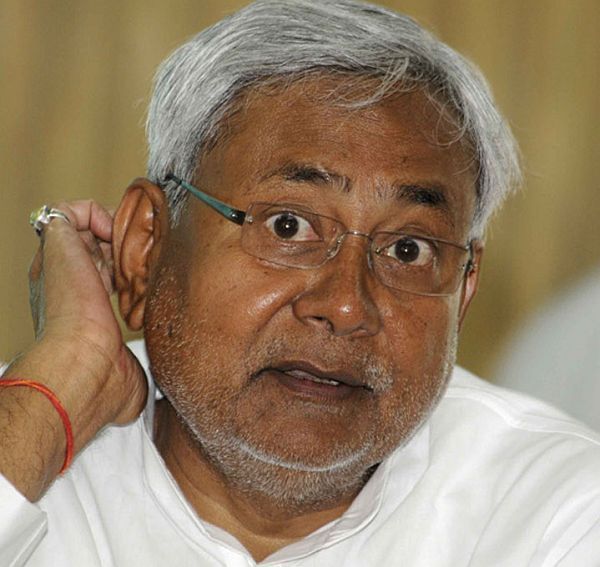 Nitish Kumar's resignation and his re-joining the National Democratic Alliance in the quickest possible time came as no surprise for those who have been watching Bihar politics, and know a little about the Bihar chief minister.

His overtures (supporting demonetisation, and the NDA's Presidential candidate) were indication enough.

And he has used resignation as a tool of political survival several times -- each time cunningly invoking some kind of principled stand.

In June 2013 too, disregarding the mandate, Nitish had ditched the Bharatiya Janata Party and solicited outside support from the Rashtriya Janata Dal and the Congress.

Nitish formed the Mahagatbandhan after being decimated in the 2014 Lok Sabha election.

That the 'grand alliance' was an uneasy one become clear soon after the formation of the Mahagatbandhan government in Bihar in November 2015. Sample this:

Nitish resigned under the pretext that Tejashwi Yadav, the deputy CM and Lalu's younger son, was not giving an explanation in the CBI's disproportionate asset case against him.

Indian politics has reached a point where corruption is a bigger issue than violence against weaker sections of society.

A government can fall on an allegation of corruption, rather than on an issue of violence against vulnerable social groups.

Lalu could have tried saving the coalition by offering to replace Tejashwi with senior RJD leader and Bihar's Finance Minister Abdul Bari Siddiqi, or someone else -- thus calling Nitish's bluff.

He did not do so, as he gives more importance to his dynasty than to any principle he pretends to be consistent about.

And Lalu's most unflinching support base -- the Muslims -- did not mount enough pressure on him to give up his Putra Moh and save the coalition.

The Muslims, as argued in my previous columns, are extremely frightened by the anti-Muslim mob lynchings in BJP-ruled states.

As of now, the death-toll of dynasts at the hustings is too obvious to be neglected.

The possibility of Rahul Gandhi as a dependable alternative in 2019 is becoming bleaker, particularly after Nitish rocked the possibility of the emergence of a credible Opposition alliance.

Yet, this could also be a good riddance for Rahul. Just two weeks ago, Ramchandra Guha had suggested that Nitish be propped up as the prime ministerial candidate of the Congress-led front. But nobody will now rise to suggest Rahul's alternative.

For the anti-BJP front, howsoever weak, Rahul seems to be growing increasingly indispensable.

As for the Lalu dynasty, Tejaswi may become the leader of the Opposition.

It will be worth watching if he builds up his own constituencies beyond the Muslims and Yadavs, for only then can he outsmart Nitish for good.

The real challenge before the RJD is to win back the non-Yadav OBC and Dalit votes. If he fails to enlist a diversified support base, he may also lose Yadav votes to the BJP.

Under the Mahagatbandhan government, the Yadavs, Lalu's core support base, complained that they were not getting the doles they had expected, and that they were not able to influence even the local police and other officials. And the BJP has Yadav leaders who will now dole out state patronage to their own social base.

It is a tough task for Tejaswi, but it his ability to pull it off will decide his political future.

Lalu never carried the image of a principled man, except in his consistency in opposing the BJP; Nitish attempted to build this kind of image for himself. He had been shouting for a Sangh Mukt Bharat, and been very critical of Prime Minister Narendra Modi.

But with his penchant for hopping from one coalition to another, Nitish has turned out to be the most opportunistic of turncoat politicians.

He may be invoking grand ideological narratives in defence of his opportunistic hopping, but he is quite aware of the fact that with such switchovers, he has lost his image and credibility.

Unlike the BJP and RJD, Nitish's Janata Dal-United does not have an organisational structure on the ground nor did he ever try to build it up.

Unlike the Yadavs (12 per cent approximately), Nitish's caste group is neither as numerous nor as widely spread across Bihar.

In the pre NaMo era, Nitish did have some Muslim votes. He has lost them now.

How many of the Ati Pichhrha and Mahadalit remain enamoured with him rather than getting saffronised through various programmes is worth watching.

Nitish will most likely become increasingly less indispensable for the BJP.

Moreover, he can no longer harbour a national role for himself as he could have done within a Congress-led front.

Undoubtedly, the only beneficiary of this whole drama is the BJP. That is the biggest take away of the July 26, 2017 development.

Nevertheless, even in this era of post-truth and post-ideology politics, there is the stirrings of new politics.

The aspirational groups are unlikely to remain content in a scenario where a Modi-led government does not create jobs or contain rural distress.

Farmer suicides and all such issues cannot be sidetracked just by creating anti-minority hysteria through frequent mob lynchings.

This politics of hatred and polarisation is bound to give rise to meaningful politics sooner or later.

And therein lies hope for the Republic.

Even the 'era of mass stupidity' has a shelf-life, and people will -- inevitably -- ask for concrete delivery on livelihood, employment, governance and development.

Professor Mohammad Sajjad is with the Centre of Advanced Study in History of Aligarh Muslim University.
He has published two books -- Muslim Politics in Bihar: Changing Contours (Routledge, 2014) and Contesting Colonialism and Separatism: Muslims of Muzaffarpur since 1857(Primus, 2014). 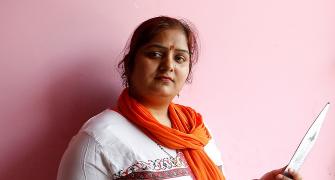 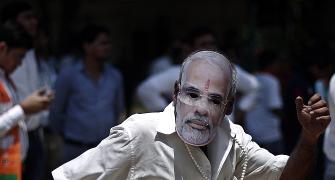