Why is a Katra-Chennai train known as Andaman Express?
Since no capitals are involved, why should a Katihar-New Jalpaiguri train be called Capital Express?
What about Matysagandha Express, Padmavati Express or Sanghamitra Express?
Bibek Debroy solves the naming puzzle for India's trains. 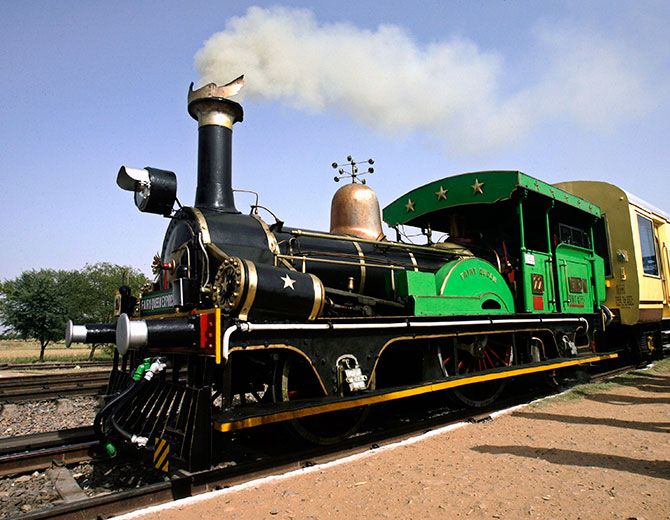 Many years ago, my wife and I travelled on the Fairy Queen (above).

For those who don't know, the Fairy Queen is a famous steam locomotive, built in 1855. It was withdrawn from service in 1909. Restored in 1997, it did a two-day excursion from Delhi to Alwar, with an overnight stay in Sariska.

That train was also called Fairy Queen Express and the locomotive entered the Guinness World Records as the oldest functional steam locomotive in the world.

This is the tour we did and we also ended up featuring in a documentary film for the BBC on famous trains.

For reasons not clear to me, the locomotive was withdrawn (I believe parts were stolen). I think it is now housed in the Rewari steam locomotive shed.

The Delhi-Alwar train is still operated by the Indian Railway Catering and Tourism Corporation. But with Fairy Queen gone, it can no longer be called Fairy Queen Express. It's called Steam Express and the locomotive is WP 7161.

For years, WP was the workhorse for the Indian Railways. WP 7161 is indigenous (initial WPs were imported) and was built at Chittaranjan Locomotive Works. It is the engine you saw in Bhaag Milkha Bhaag.

You can pick up models of the Fairy Queen locomotive from the souvenir shop at the National Rail Museum.

A name adds character and individuality. Visitors at home often stop before the Fairy Queen replica. They hardly glance at the replica of K Class, also a steam locomotive, from the Kalka-Shimla Railway.

This may also be the reason why visitors to the museum stop before the locomotive named Ramgotty. This is named after Ramgotty Mukherjee, the last general manager of the Nalhati-Azimganj light railway.

Once upon a time, all locomotives were christened, especially during the steam era. That's become rarer. The last steam locomotive built (in 1970) was named Antim Sitara. Oddly enough, despite being built as late as 1970, no one knows where this locomotive is now.

Even if names exist above buffers when a locomotive is first built, subsequently, after visits to workshops, name-boards vanish. Thus, locomotives have been reduced to five-digit numbers and have become anonymous.

The identification of locomotives with specific loco-pilots has also broken down.

Talk to railway old-timers and they will tell you about this relationship, especially for Anglo-Indian drivers. I doubt anyone reads John Masters now. There was such an engine driver in Bhowani Junction -- Thomas Jones, father of Victoria Jones.

Unlike locomotives, trains still have names. Passenger trains certainly do.

There is scope for research on why some trains have such names (the Indian Railways Fan Club Association website will help). Why is a Katra-Chennai train known as Andaman Express? Why is a train to Secunderabad called Bhagyanagar Express?

Since no capitals are involved, why should a Katihar-New Jalpaiguri train be called Capital Express?

Why is a Lokamanya Tilak Terminus-Varanasi train called Kamayani Express?

What about Matysagandha Express, Padmavati Express or Sanghamitra Express?

Ratnagiri Express has nothing to do with Ratnagiri region.

Although the names exist, they have lost their iconic value now. Trains have also been reduced to five-digit numbers.

Excluding suburban, around 8,000 passenger trains run every day. (Actually it is a bit less, since some trains do not run every day.) Five-digit numbers may seemingly make all trains equal, but some trains are more equal than others.

There may be 22 sets of Rajdhani trains now, but Howrah and Mumbai Rajdhanis will always be special.

There is an implicit class hierarchy in the five-digit series. If you are a long-distance passenger, in all probability, your train won't get the best of treatment if the number begins with 0, 2 or 5.

Given a choice, stick to a train whose number begins with 1. Once that's done, move on to the second digit and prefer a train number beginning with 12. I am likely to confuse you with the third digit, so let's take an example.

But to return to the original point, I think we have made locomotives and trains commodities, by standardising them. Certainly for trains, there is an argument for greater segmentation, not standardisation.

Dr Bibek Debroy is a member of the National Institution for Transforming India Aayog. The views are personal. 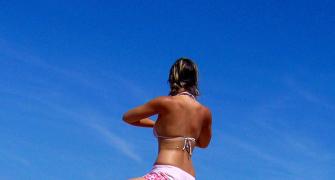 10 simple ways to get back in shape 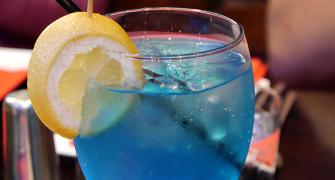 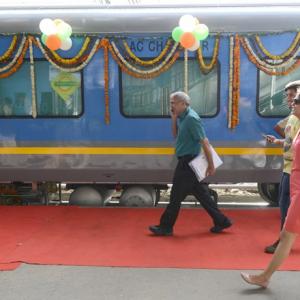 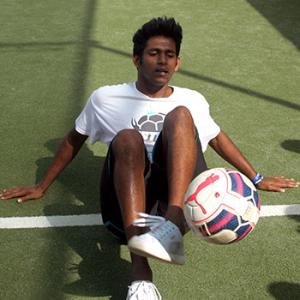