'Openness is a great weapon in the armoury of more open societies. That's why the fight with Pakistan isn't just about India be six times bigger, but equally bitter and insecure Pakistan,' argues Shekhar Gupta. 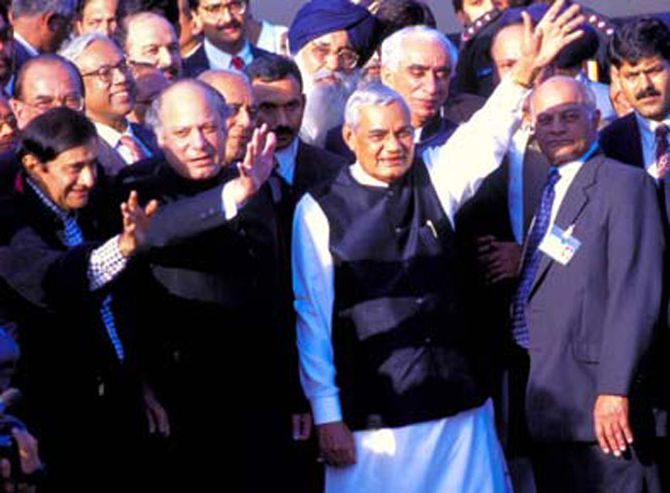 The night before Atal Bihari Vajpayee was to leave for Lahore on his historic bus ride in February 1999, his office was frantic.

How to reach film star Dev Anand in the middle of the night?

It seems that it had just occurred to the prime minister that his Pakistani counterpart Nawaz Sharif was a pucca Dev Anand fan.

Anyway, another Devsaab fan was roused to reach him and ask if he could reach in time to travel with Vajpayee on the bus, which he cheerfully did.

Sure enough, his arrival became the highlight of that visit.

The showman charmed politicians, elites, common Pakistani media, and took TV cameras to the exact spot in his college where he (supposedly) kissed a girl for the first time: In the conservative early 1940s, of course.

Vajpayee, about the same vintage (a year younger, in fact), wasn't trivialising his visit. He was exercising India's soft power.

The latest campaign calling for total cultural, sporting and academic boycott of Pakistan harks back to an era when soft power wasn't an acknowledged term.

The essence of the current angry campaign, joined by talented cricketers like Gautam Gambhir and Sourav Ganguly, both with stellar records against Pakistan in more violent times, is that soft power is for softies, jholawalas or rather, in this context, mombattiwalas, as candle-light peace marchers are mocked.

There is no lily-livered approach to Pakistan. Cut everything off, make them a global pariah State, persuade the rest of the world to join the war against (Pakistani) terror led by India, and then watch.

Some recent developments, before and after BRICS in Goa have underlined the limitations India's new-found, post-May 2014 global power that, in reality is a far cry from what is believed in our own warrior TV studios and 'war-nik' (counter to peacenik) retired soldiers and spooks.

Donald Rumsfeld, US defence secretary under junior Bush's first presidency, when asked if he believed in soft power, had famously answered with an innocent: 'What is it?'

He was the foremost votary of hard, military coercion. We also know the mess he left behind in the world and US interests like a surgeon slashing open patients on an operating table (Iraq and Afghanistan) and leaving without taking out the tumours or stitching the bodies back.

Joseph Nye Jr, Harvard professor and the first to articulate the concept of soft power in his 1990, post-Cold War classic, Bound to Lead: The Changing Nature of American Power, noted this in a subsequent 2006 article in Foreign Policy magazine.

He said that Bush had learnt his lessons in his second term and, under Condoleezza Rice, invested a great deal more in soft power and public diplomacy.

In the 2006 paper, he devoted more attention to defining soft power better in terms of what it is, and isn't.

At this point when any mention of it will have you laughed out of almost any place, a studio, party circuit—in fact any place except perhaps New Delhi's JNU -- it is worthwhile fleshing out his arguments, with the benefit of hindsight.

Particularly as he said the concept had been 'stretched and twisted, sometimes beyond recognition.'

His basic contention was that soft power wasn't necessarily soft or more humane, just 'a description not an ethical prescription.'

Your use of hard or soft power depends, he implied, on what is needed in a situation just as a general may employ a large force of tanks to win a battle in the desert, but would need other methods in Vietnamese jungles.

The professor explained this further to say you can rob the other's money at gun-point, swindle him through a fake get-rich-quick scheme or persuade him to join a spiritual journey by willing his wealth to you.

First two are examples of hard power, and the third soft: 'But the result is still theft...it isn't necessarily better to twist minds than to twist arms.' 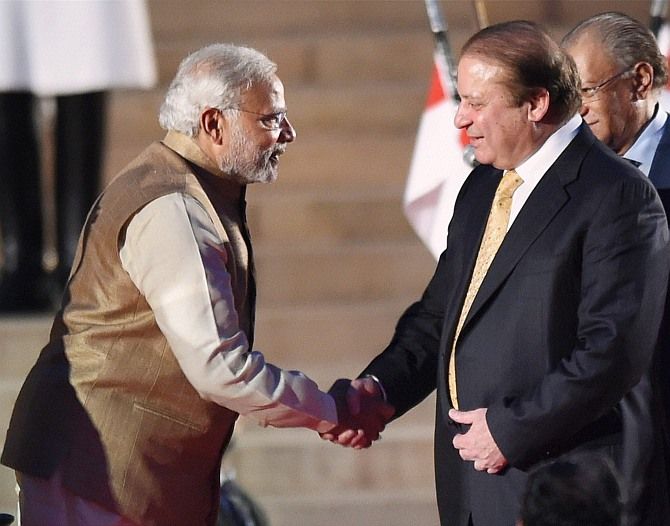 Extend this to India's global power interests. Or, more precisely to India-Pakistan relations.

Is soft power only about food, culture, literature, sports?

If that were so, Coca Cola and McDonalds, Michael Jackson and Madonna would have conquered the Soviet Bloc early on.

Or the Chinese would rule our minds and hearts through their food, or gone to war with us for desi-fying it to ruin.

Soft power is also about national values, policies, quality of democracy and politics and strength of institutions.

It isn't just about Pakistanis watching our movies and TV channels, holding our sporting heroes in awe or singing our tunes.

It also isn't merely about more and more prominent Pakistanis, sportsmen and actors in particular, earning their living in India and thereby acquiring a vested interest in better relations.

All these matter, but only if the larger Indian influence is morally more attractive.

A better democracy, a more liberal society, treatment of minorities, greater free speech, a robust, questioning media, courts, environmental laws all must form the core of that brand appeal, and you can call it soft, hard, or undefinable.

One country, and society influences the other not only when it infiltrates saboteurs and terrorists to create mayhem but also with the kind of example it sets.

This has always worked well for the more liberal, democratic powers competing with autocracies.

Almost 25 years ago, in a commemorative volume of Malvika and Tejbir Singh's respected Seminar magazine, I had written a piece headlined 'Pakistan: A Hawk’s Agenda.' It described how the Western Bloc, particularly America, had used its democratic, liberal and cultural influences (the term 'Soft Power' wasn't in use then) to defeat the Soviet Bloc in Cold War and India should make a close study of it and weave it into its Pakistan policy.

On many visits to Pakistan as a reporter, I was struck by the influence India's institutions had on its leader.

Among things I was asked to send them, by influential people, was the Justice Sarkaria Commission report on Centre-state relations (by Shah Mehmood Qureshi, later foreign minister but then finance minister of Pakistani Punjab when inter-state water wars were breaking out there) and our Armed Forces Special Powers Act, when Nawaz Sharif (in his first term) wanted to lay down a book of rules for his army insisting on operating autonomously in Karachi.

Today, the fact that India has had 27 army chiefs, each having gone on retirement date or earlier while Pakistan has had just 13, is an argument of positive influence.

Culture, economy, trade, sports then follow as force multipliers in the national interest. IMAGE: Salman Khan in the blockbuster Bajrangi Bhaijaan, which told the story of an Indian devotee of Lord Hanuman who crosses over to Pakistan to take a lost little girl home.

Was Raj Kapoor not such a positive influence over the entire Communist bloc for four decades?

Not just in the Soviet Union, even in Beijing. The Tiananmen Square massacre week, summer of 1989, staff at the hotel faxed our story (without authorisation) on the condition we'd sing Awara Hoon non-stop until all pages were transmitted and they were humming along.

The Americans made Hollywood, even Disney visits, an essential part of their International Visitor Leadership Program visits, besides Congressional hearings and the National Press Centre.

They were building a much larger conventional and nuclear arsenal, but politically and philosophically, they weren't responding to the Soviets by being more closed and cussed.

Openness is a great weapon in the armoury of more open societies. That's why the fight with Pakistan isn't just about India be six times bigger, but equally bitter and insecure Pakistan.

It needs to be a smarter, tougher, large-hearted India, as an aspiring global power. 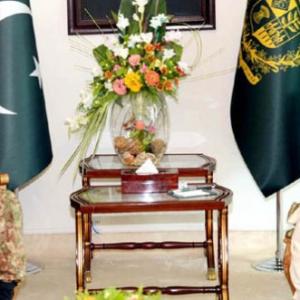 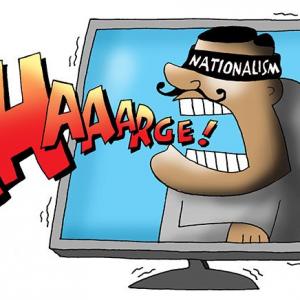