How GSAT-15 will help India's communications The ‘context’ of the launch of GSAT-15 highlights that India has much ground to cover in the transponder arena while in satellite navigation arena ISRO’s progress has been satisfactory, says Ajey Lele.

On the early morning of November 11 India’s latest communication satellite GSAT-15 was successfully launched by a European vehicle Ariane-5 from Europe's Spaceport in French Guiana. This satellite has been sent as a replacement for INSAT-3A and INSAT-4B. Amongst these, INSAT-3A is operational for last 12 years however, INSAT-4B’s life has got reduced by half as during 2010 when one of its solar panel had developed a fault.

For long, India is in desperate need to boost its transponder capacity. Today, India’s transponder capability hovers around 200 transponders which is abysmally low to its needs. This is one area where Indian Space Research Organisation has failed to meet expectations. The 2014 Comptroller and Auditor General report has criticised ISRO’s performance in this arena.

As per ISRO’s planning, India should have had 500 transponders effective by end of 2012 (11th plan, 2007-12) and the target increases to 800 transponders by 2017 (12th plan, 2012-17). For all these years India is required to opt for foreign transponder leasing option. Since, India’s transponder capacity is not able to fulfil the market needs it has to take around 100 transponders on lease from the foreign agencies. Such options are mostly financially unviable and should be avoided from strategic point of view.

The total cost of GSAT-15 including the launching charges to Arianespace is about Rs 850 crore. India has been the loyal customer of this company since 1981 and till date on 19 occasions has used their services for launching of satellites. India has also booked two more slots with the same company for the launch of its forthcoming communications satellites GSAT-17 (2016) and GSAT-18 (2017). India lacks the availability of domestic vehicle to launch heavy commination satellites which carry multiple transponders. Now, with India’s Geostationary Satellite Launch Vehicle programme being on the verge to getting fully operational in a year to two, it is expected ISRO would be able to overcome at least partially, the transformer deficiency.

During mid of July 2015, India has launched its satellite-based air navigation services called GAGAN. For aviation industry this system is extremely useful because it provides accurate navigational facilities over a very large area comprising part of Asia, Africa and Indian Ocean region. For all these years GPS has been providing the navigational assistance globally and what GAGAN does is to improve upon the navigational inputs provided by the GPS over its area of interest.

GAGAN operations are based on two augmentation satellites and 15 earth-based reference stations. It took almost 15 years for the development of this system which ISRO has done in collaboration with the Airports Authority of India. This system also could be viewed as a low-cost substitute for instrument landing system. GAGAN can also provide assistance to Indian Railways too.

Particularly, for aviation industry the major benefit offered by this system other than the navigational accuracy, is fuel cost saving. This becomes possible because this system allows to plan shorter routes towards the destination. Today, the GAGAN Signal-In-Space (SIS) is available through GSAT-8 and GSAT-10 satellites. Now GSAT-15 has carried the third GAGAN satellite navigation transponder as a back-up for airlines and other users of augmented GPS-based systems.

ISRO’s success with GAGAN has been a hard-earned success. The programme got delayed owing to a launch failure on Apr 15, 2010. This launch was to deliver the two-ton GSAT-4 satellite with GAGAN payload on-board. But, now with all the systems in place, India has a state-of-art system comparable with the US and EU systems. Various Asian states like South Korea, Japan etc are keen to collaborate with India to get the benefits of this system.

India is also developing a regional alternative to GPS called the IRNSS (Indian Regional Navigation System). This is an independent regional navigation satellite system designed to provide accurate position information service to users in India and region around (extending up to 1,500 km from its boundary).

IRNSS would have seven satellites, out of which ISRO has already placed four in orbit. This constellation is expected become operational from during 2016. There also exists a possibility of combining GAGAN with IRNSS for better services. Indian Prime Minister Narendra Modi is keen to offer the benefits of IRNSS to India’s neighbours. Within next two to three years it is expected that the regional aviation activities would have an India dominated footprint in regards to satellite navigation.

The ‘context’ of the launch of GSAT-15 highlights that India has much ground to cover in the transponder arena while in satellite navigation arena ISRO’s progress has been satisfactory. Broadly, it could be argued that the growth of Indian space programme is mainly dependent of India developing a reliable heavy (four ton and above) launch vehicle to put satellites into the geostationary orbit. 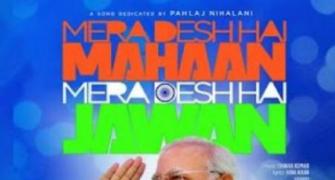 Why prices of pulses hit the roof in October 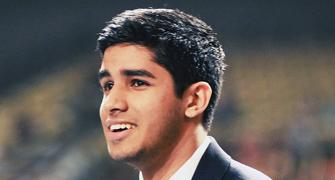 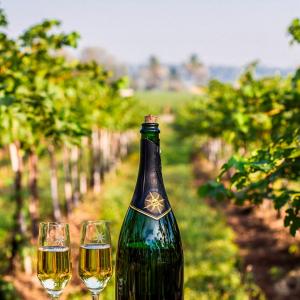 #LongWeekend: 6 unusual getaways you must try 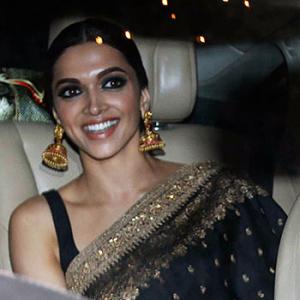 PIX: Ranveer-Deepika party with the Bachchans