How a complacent Congress lost the plot in Madhya Pradesh

Despite the strong anti-incumbency sentiment against the Shivraj Singh Chouhan government, the Congress neither had the strategy nor an organisation to cash in, says N D Sharma 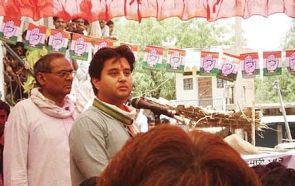 The election results in Madhya Pradesh has surprised the Bharatiya Janata Party as much as it has stunned the Congress. The BJP was hoping, just hoping, that it would cross the boundary line of 115 seats (in a House of 230). A veteran party leader had predicted between 110 and 120 seats for the party.

The subdued mood of the party leaders was apparent from the defensive statements they were issuing after the polling to the effect that the people were unhappy with the ministers and MLAs but they had faith in Chief Minister Shivraj Singh Chouhan and in his ‘development agenda’. When the exit polls forecast a massive win for the BJP in Madhya Pradesh, Chouhan refused to react but only said ‘let’s wait till December 8’. Palpable lull prevailed in the BJP circles.

It was just the opposite in the Congress where celebrations had started soon after polling was completed on November 25. Its leaders were no more waiting for the results but discussing the post-poll scenario. Animated discussions were going on among Congress workers if the state Congress' campaign committee chief Jyotiraditya Scindia would be asked to head the government or would it be Ex-Union minister Suresh Pachauri or Leader of Opposition in the Assembly Ajay Singh.

Incidentally, Pachauri lost by a big margin in Bhojpur constituency, his second attempt to win an election; he had earlier contested for the Lok Sabha from Bhopal constituency and lost.

There was a strong anti-incumbency sentiment among voters against the Chouhan government, which even the BJP leaders admitted. The Congress, it appears, was depending solely and complacently on this factor but the party had neither the strategy nor an organisation to cash in on that.

By the time the ticket distribution was completed, both parties had to face several rebels who made no secret of their intention to work against the official party candidates. This always happens during election time. While the BJP was able to manage the renegades as it most often does, the Congress had no mechanism to deal with such situations.

The BJP had initially planned its election strategy on a campaign against what it called the misrule of Digvijaya Singh during his two terms (1993-2003).

Once the BJP campaign was stumped by the nomination of Jyotiraditya Scindia as the campaign committee chief, the party soon reorganised its election strategy and launched an aggressive campaign through advertisements in the newspapers pointing out how the Congress-led Central government’s policies had made the life of common man miserable.

At the same time, the party’s well-scripted advertisements on the radio (which has much more reach to the rural population than the newspapers or the TV channels), tried to convey to the electorate how the life of a poor farmer or a girl living in a remote village has become better after the BJP government came to power ten years ago.

Another change in the BJP strategy was to keep the party in the background and push Chouhan forward who has an affinity with the masses in the rural areas.

Chouhan was never comfortable with the educated urban people but he has always been at ease with the rural people. For over a year, he has been spending more time undertaking yatras than attending to the work at the state secretariat. He is always at home while talking with illiterate farmers or semi-literate chaiwallas or the rural women. He has been constantly on the move in the villages during the campaign.

The Congress campaign on the other hand was led by leaders who would assemble at an appointed day and time, deliver their speeches exhorting unity among Congress rank and file to defeat the ‘corrupt government’ led by Chouhan and dispersed. Most often they flew high and rarely touched the ground. The party meetings, whether to chalk out the election strategy or to select the candidates for various constituencies, were held in Delhi, far away from Madhya Pradesh.

In the revised BJP campaign, the BJP went into the background and pushed Chouhan to the front. Chouhan talked of what he has done for the ‘development’ of the state and what he would do if given the mandate for the third time. This was the only theme which he repeated till the end. Mocking the Congress-led Centre’s policies was more or less left to the party or the second-rung leaders like Prabhat Jha.

Congress, on the other hand, had no plan to offer to the electorate. It never organised a sustained campaign against what Chouhan had done or failed to do. Its campaign was completely disorganised, replete with random allegations against the government.

Once the euphoria of making a hat-trick is over, Chouhan is likely to face a plethora of problems. Apart from improving the law and order situation, which has for quite some time been consistently deteriorating (and the Congress has failed to make it an issue), Chouhan may also have to face a lot of problems within the party.

Uma Bharti, for instance, has already announced her decision to launch an agitation against Rio Tinto which has a deep interest in the mining operations in the Bundelkhand region with the alleged support of Chouhan’s family members. The mention of his wife Sadhna Singh and her brother Sanjay Singh are being mentioned in this respect. Prabhat Jha who was ‘humiliatingly’ denied second term as state BJP chief by Chouhan is another party leader to reckon with.

Chouhan’s victory with a thumping majority is likely to create a problem in the BJP. His hat-track without a stigma like the Godhra massacre may be pushed up by a group guided by Lal Krishna Advani for his being better suitable to lead the next BJP-led government at the Centre ( if it really comes about) than Narendra Modi.

At least in Madhya Pradesh, some newspapers and political observers have already started hailing Chouhan as the next prime minister (in case the BJP-led conglomeration comes to power at the Centre).

As things stand, the chances are that it will. The Congress has done nothing to make it a party of people or concerned with the problems of the people. After the Congress lost the Jabera by-election two years ago, PCC chief Kantilal Bhuria had fumed and stated that some Congress leaders, including some senior leaders, were on the payrolls of the Chouhan government and had worked against the interests of the (Congress) party and that he would expose them.

He did not or could not till today. Perhaps those getting benefits from Chouhan and trying to hurt the interests of the party are much too big for Kantilal Bhuria to act against them or report against them to the high command. 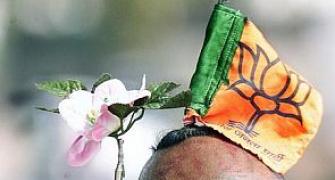 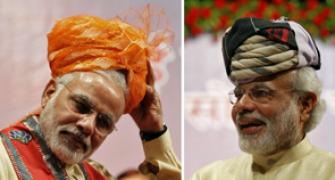 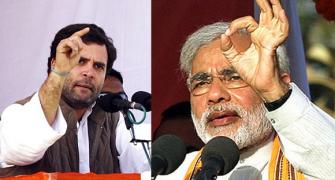 2014 will not be about Modi versus Rahul alone 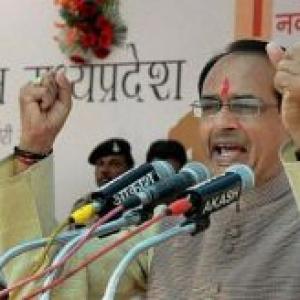 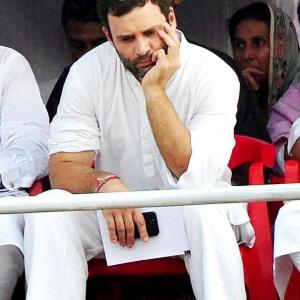