Gujarat 2012 tells us a larger story beyond Modi

This victory effectively applies closure to 2002. It is unlikely that Modi will offer anything more than a purely symbolic doffing of his cap to heal the hurts of that calamitous year in his pursuit of greater glory, says Shreekant Sambrani.

'Thank you, chief minister,' said Gujaratis of all descriptions on December 13 and 17. They gave Narendra Modi a victory less substantial than he expected, but an effective one nonetheless.

Most voters knew their mind quite early, but some got swayed not so much by the Congress as by the veteran Keshubhai Patel, leading to unexpectedly close contests in Saurashtra. In effect, that prevented Modi from reaching his cherished goal of 150 seats in the assembly.

Nevertheless, Gujarat clearly said in 2012, as it did in 2007, that it has never had it so good. Congressmen tried to assert that other states had done well too, and Gujarat had always been relatively prosperous.

The many media and academic critics trawled data and dug up indicators to say that Uttarakhand and Bihar had grown faster, while Maharashtra and Tamil Nadu had done just as well, at any rate, Gujarat had an abominable record on distribution of gains and had horrendous ghettos.

The average Gujarati seemed to say, 'Don't treat us as aliens. Come and see for yourself what Gujarat is truly like'. Bibek Debroy, the economist, did just that and came back with an impressive and objective analysis to support the Gujarat success story.

Shekhar Gupta, the editor of The Indian Express, also came at election time and did brilliant reportage of Gujarat shining, cutting across regions, activities and population groups.

Unlike the critics who selectively quoted from convenient data to point out lacunae in the Gujarat saga, Gupta appeared to concur with Debroy's overall conclusion that denying the role of the present political leadership (read Modi) would 'violate the facts and be dishonest.'

Gujarat's answer to its critics in essence was 'Look at our consistent growth, look at our factories and farms, our continuous power supply, our beautiful roads, our urbanising tribals, our relatively clean and glitch-free administration. Show us one single state where all these conditions prevail at the same time. Show us one state, one large city, free of 'horrendous ghettos' and read M J Akbar on the representation of Muslims in administration in Gujarat. So, thank you for your concern, but we will keep our state government.'

Modi's third triumph on the trot also showcases his evolving style of leadership and persuasion. Early on, he targeted the UPA government by claiming that it was treating Gujarat in a step-motherly fashion. It allocated resources to Gujarat far less in proportion to the taxes it collected from the state and acted as a spoilsport by blocking the state's initiatives.

The Congress leadership was forced to be on the defensive and it proved no match for Modi's aggressive campaign buttressed with many a telling anecdote and instance. He broadened his attacks to include the Gandhis and Manmohan Singh, taking care to remain within the edges of seemliness, albeit just barely so.

And he never forgot the original Modi identity. In his quest for the Modi supremacy, he singled out the powerful Congress general secretary who hails from Bharuch as Ahmedmiya Patel and accused him of nursing chief ministerial ambitions.

His late reference to a possibility of a backroom deal with Pakistan on Sir Creek left his core constituency in no doubt that their man had not abandoned them.

The question now will inevitably be of the Modi legacy. His acolytes have already started the drumbeats for the advancement of Modi to the national stage and he has left no doubts about where his sights are set.

Yet it would be wrong to read the renewed Gujarat mandate as a clarion call for a triumphant march to Delhi. The election results say that Gujarat wants Modi's continuance. The absence of anyone else even remotely able to fill his shoes is a factor that cannot be ignored.

Even assuming that Modi somehow finds a loyal and able satrap to carry on his work, his path to the top of his own party would still be slippery. Then he would have to contend with the compulsions of coalitions. Whether his leadership would still keep the National Democratic Alliance intact, leave alone cohesive, is a thorny question.

Should he overcome this hurdle and the NDA somehow cobble together a majority in 2014 -- by no means an assured possibility as of now -- he would certainly find governing a fractious India with strident regional parties and a wounded Congress no cakewalk.

Should he then trade undisputed power over a premier state of India for this shaky crown of thorns?

Huey Long, governor of Louisiana (1928 ro 1932) and Lee Kwan Yew of Singapore [who was prime minister for three decades) are the leaders closest to Modi who enjoyed comparable powers gained through democratic means, exercising unfettered control over their parties and regions.

Long had national ambitions and worked hard for it before his assassination in 1935. He would have been disastrous as president of the United States. Likewise, Yew would have found the task of moulding federal Malaysia into an economic miracle well-nigh impossible given the fact that the Malay majority would have chafed under the exactitude of his Chinese leadership style.

Modi would do well to draw his lessons from this, rather than dismiss it as idle speculation.

But the Gujarat election of 2012 tells us a much larger story going beyond Modi. This victory effectively applies closure to 2002. It is unlikely that Modi will offer anything more than a purely symbolic doffing of his cap to heal the hurts of that calamitous year in his pursuit of greater glory.

More importantly, most non-Muslim Gujaratis want to put the past behind them and as Shekhar Gupta discovered, they may find many Muslim takers for this proposition as well.

This does not mean condoning what happened a decade ago, leave alone justifying it. The judiciary has shown admirable zeal in pursuing the wrongdoers so far and there is no reason to fear that the process will slacken.

What does closure then mean?

To me, it is coming to terms with the tragic events even as Gujarat continues to seek its place in the sun. That process can only accelerate in the wake of the elections, empowering all Gujaratis in the bargain.

The question of erasing the marks of 2002 troubled me while reviewing Bibek Debroy's impressive new book on Gujarat recently. I wondered whether there will ever be an answer to it. By a remarkable coincidence, an event that took place between the two dates of the election (December 13 and 17) did just that.

Darshak Itihas Nidhi, an NGO, had organised a symposium on port towns in Gujarat during those days at Daman. Most such events are dry and dull, where academics read out boring papers soon to be mothballed. Not this one, though.

A galaxy of Indian and international historians and archaeologists vividly brought to life the long dead Harappan towns of Lothal and Dholavira. They conjured up images of Cambay and Bharuch at their peak in the medieval period, causing envy among European visitors and chroniclers.

Surat, the once and future metropolis, attracted plunderers from Maharashtra as well as the East India Company but continued to flourish anyway, as it does today, plague and floods notwithstanding.

More important than places are the people and the culture. Gujarat is among the earliest civilisations in the subcontinent, going back some four millennia. The word civilisation goes beyond mere settlements. It encompasses infrastructure and systems of governance. The ancient and medieval Gujarat habitats not only possessed high orders of civic amenities, but also reasonably egalitarian and just administrative mechanisms.

Gujarat was and continues to be the true Gateway of India. It has attracted traders from abroad from ancient times. They were dazzled by its wealth and industriousness. Some, like the Zoroastrians, became adopted children of the land and added immensely to its variety and industry. Even today, workers from areas less well off come in search of livelihood and often remain in Gujarat for generations.

The wealth also drew invaders, whose campaigns left bitter tribal memories which persist to date. This bitterness could explain, but not justify, the communal conflagrations that engulf Gujarat from time to time. It also affected the 2007 elections ('Separate and unequal: the Muslims in Gujarat,' Business Standard, December 25, 2007). The point is that Gujarat recovers and marches on even after the worst bouts of blood-letting.

Yet on the whole, Gujarat has successfully managed its affairs involving all communities. In the pre-colonial era, Muslim princes ruled, Hindu and Jain traders engaged in commerce, and Hindu and Muslim artisans produced goods for exchange. Prosperity was shared, though obviously not equally.

The adventurous Gujaratis of all stripes travelled far and away in pursuit of fame and fortune, but mostly returned to their native land. This circulation (and not necessarily a diasporic movement) meant that Gujarat was globalising long before the term gained currency. That process continues apace even into the twenty-first century.

Governments are supposed to facilitate greater economic activity through enabling provisions of infrastructure and communication. That Gujarat does so better than most other states is evident from the results. But this takes for granted an even more important precondition for the free flow of capital and material, an atmosphere of peace and harmony.

That, too, exists in all parts of Gujarat in good measure, which does not need much proof. Gujarat not only has industrial peace, but also safe streets, where women are not afraid to walk unescorted even in the dead of night and not just because the roads are well lit. That is something one cannot say about most of the rest of India.

What makes this possible? The answer in one word is enterprise. This spirit has characterised the Gujaratis generation after generation, Hindus, Muslims and tribals alike. No amount of demonising has diminished it. That is what is bringing a closure to 2002 after this election and will prevail long after Modi becomes history. 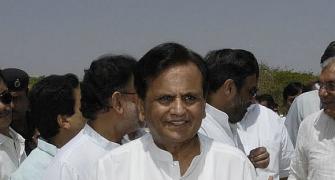 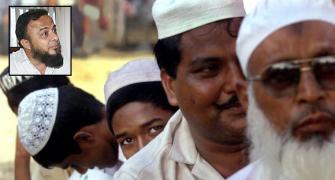 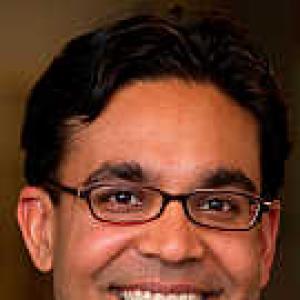 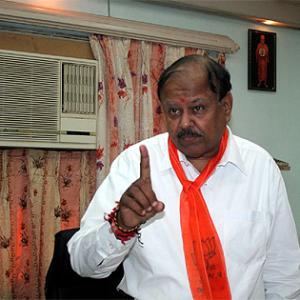