How to Rebuild Kashmir 'Let people across the LoC see the resolve of Bharat and the contribution of the Indian Security Forces in rebuilding the Valley.'

'Let disaster become the rallying point for integration -- not only of society but also all the instruments of State,' says Lieutenant General Anil Chait (retd).

General Chait, was General-Officer-Commanding of the Indian Army's Central Command. He was in charge of the rescue efforts during the Uttarakhand floods and led rescue teams and pilgrims on foot during the disaster.

As we deal with the aftermath of Cyclone Hudhud, thoughts go back to screeching national headlines that had the nation riveted to television and newspaper reports showing Srinagar under water with captions like 'All at sea in rebuilding Kashmir'.

Last week it read, 'Ravaged J&K Needs Your Help'. While those not so optimistic may wonder how it will be done; those who believe in the positive vibrancy of India, feel hopeful about India's ability to deal with the challenges of individual safety and the comprehensive security of its people.

Unless it is done and demonstrated to the world, we as a nation cannot claim to have arrived on the world stage. This is all the more contextual when the prime minister of the nation describes the tragedy to be a national disaster.

Be it rescue or relief or be it reconstruction and rehabilitation, the instruments of national power of modern India are not so weak to let this moment of despair erode the will of the nation to 'Rebuild the lost Paradise'.

The history of J&K, post-Independence, comprises of four sub texts. The first 25 years, from 1947 to 1972, were dominated by territorial dispute between India and Pakistan which resulted in three wars.

The second phase of 15 years, from 1972 to 1987, witnessed a lull and hence a feeble consolidation in the matters of governance.

The third phase of 27 years consisted of war amongst the people and confrontations between sections of population in Kashmir and the State.

In the fourth, we are witness to nature and climate turning adversarial on account of the mindless exploitation of the Jhelum and its adjoining areas by its own inhabitants.

The cumulative impact threatens the history and culture of the Valley. Thank God, at least in this so far, there is no foreign hand. But will this hand remain far away and if so, for how long?

The appearance of the black flags of the Islamic State and firing across the Line of Control and the Working Boundary does nor portend well for the security of people.

Significant in the narrative of J&K today is the contribution of the security forces in minimising human misery. The moot point is what should be their future role, considering the peculiarities associated with the disturbed status of the state of J&K and the near collapse of the administration.

We are therefore back to the inflexion point, wondering as to how we can cope with the destruction caused by the floods which impacts the safety of our people not only on account of infectious diseases, but also in view of an unresponsive and lethargic administration considering the approaching winter.

How do we rebuild the lives of our poor countrymen through the creation of an appropriate climate for improving living conditions without harassment and corruption?

These are the same causative factors which have bred insurgency in the past. A remarkable decline in the terrorist/militant activity in 2013-2014 occurred on account of effective counter infiltration grid and rear area dominance by the security forces.

It was hoped that the situation will improve notwithstanding the likely gravitation of terrorists after the withdrawal of foreign troops from Afghanistan and setting up of Al Qaeda's terror wing for the Indian subcontinent.

Much against expectations, Mother Nature decided to catalyse the fertile causative factors of insurgency and this evolving situation if not redressed in the limited window that is available could raise its ugly head with much more ferocity sooner than later, considering the current dynamics of Indo-Pakistan relations.

Against such a backdrop and crises of leadership, what should be the strategy of rebuilding Lost Paradise?

Responsible leaders at the operational and strategic levels who lament the need for an effective strategy have an opportunity to rework in order to win the commercialisation of conflict, amidst the yearning for peace by rebuilding lives.

Strategy for rebuilding, given the limited window, has to be fast tracked under empowered guidelines. The hands of the security forces on ground who do not have the authorisation for rebuilding, need to be used and augmented if required by specialists for essential reconstruction.

There is no other agency other than the security forces that has the leadership, organisational structure, capability, passion, commitment and more importantly stakes, in ensuring that the situation improves at the earliest amidst the spoiler violence.

Only by investing in responsibility and accountability through a gridded approach and by creation of enabling provisions, restoration of situation and rebuilding of the infrastructure can it take place on a fast track. Obviously, this will have to be created under the political dispensation and authority.

There is opportunity therefore to go ahead on a path different from the one adopted in the past which considering the nuances of insurgency, has to be premised on people, who are the Centre of Gravity.

The strategy of winning their hearts and minds and battle of perception therefore must begin.

The security forces will be well advised to undertake such a selective endeavour of rebuilding the 'Lost Paradise'.

The Indian armed forces have been involved in nation building under the auspicious of the United Nations in various parts of the world and the time has come to participate in this endeavour in J&K, where the border is still to be settled.

Let the people across the LoC see the resolve of Bharat and the contribution of the Indian Security Forces in rebuilding the Valley. Let disaster become the rallying point for the integration -- not only of society, but also of all the instruments of State.

It should be on the nation and its leadership to decide whether its Armed Forces should do so, or, not.

Image: A child displaced by the floods stands outside her temporary shelter on a flyover in Srinagar. Photograph: Adnan Abidi/Reuters.

What General Chait wrote about the stand-off in Ladakh on Rediff.com 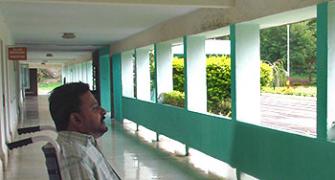 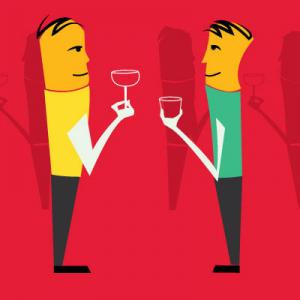 Awkward to awesome: 9 tips to build a great network 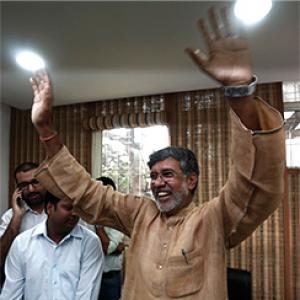