Finally, a victory for #MeToo

Harvey Weinstein's indictment is important because it sends out the message that a sexual predator can be brought to justice even if the crime occurred years ago, when the victim did not have the courage or the agency to speak out, notes Shuma Raha.
Illustration: Uttam Ghosh/Rediff.com Harvey Weinstein's conviction in New York for a criminal sexual act in the first degree and third-degree rape was a moment of vindication for the more than 90 women who had alleged that he had sexually harassed them.

Though the disgraced Hollywood mogul was let off on the more serious charge of first-degree rape, and will doubtless appeal the court's decision (he was sentenced to 23 years in prison), Weinstein's conviction is a landmark event in the evolving trajectory of the #MeToo movement.

#MeToo's perfect storm was sparked, ironically, by none other than Weinstein himself.

In October 2017 The New York Times published a detailed story on allegations of sexual misconduct against Weinstein.

And at once, legions of women started coming forward with their own harrowing tales of being harassed, groped, assaulted or even raped by the big daddy of Hollywood, who, for decades, had taken advantage of his power to make or break the careers of young actresses by treating them as his prey.

This is turn seemed to flip a switch in women the world over -- they now felt that they too needed to tell their stories, they too needed to end their petrified silence and call out the men who had used their power and position to sexually abuse and exploit them.

Since then, #MeToo has felled many a man.

Men who had gone about demanding sexual favours from women in the workplace, confident that their gender and influence would protect them from blowbacks, were suddenly being held to account.

The cultural shift was nothing short of seismic.

Women were breaking out of generations of social conditioning that taught them not to talk about unwanted sexual attention from men.

And men were waking up to the uncomfortable reality that they could never again rely on a female colleague or subordinate to keep mum after being subjected to sexual intimidation.

Which, one hoped, would make them think twice before behaving like sex pests.

Harvey Weinstein's indictment is important because it sends out the message that a sexual predator can be brought to justice even if the crime occurred years ago, when the victim did not have the courage or the agency to speak out.

However, mighty as he was, Weinstein was the easy one.

Once he had been outed as a serial sexual aggressor, and outed by a flotilla of women, including such influential stars as Ashley Judd, Uma Thurman, Gwyneth Paltrow, Salma Hayek, Angelina Jolie and others, Weinstein's retribution was more or less assured.

Unfortunately, in most other cases, the road to justice is proving to be long, complicated, and uncertain.

And #MeToo notwithstanding, the powerful are continuing to find ways to silence complainants.

In India, where the movement gusted ferociously in 2018, many of those accused of harassment have segued back into male-dominated workplace power structures.

Others, such as former Union minister M J Akbar, who was called out for alleged harassment by several of his erstwhile colleagues, have resorted to criminal defamation suits to intimidate accusers.

Recently, the son of a prominent person with links to the ruling party obtained a court order to take down all references to allegations of sexual misconduct against him that appeared in the media and social media.

R K Pachauri, the environmentalist who had a long-running sexual harassment case against him, died last month -- before the country's infernally slow legal system could punish him for his alleged crimes.

There is no doubt that #MeToo is fraught with contextual complications.

It involves questions of consent that are hard to legally ascertain since a woman's apparent acquiescence may be influenced by the unequal power dynamic of the relationship, that is to say, when she is in a subordinate position to the man -- socially, at the workplace, or in academia.

There is no doubt, too, that a woman may maliciously accuse a man of harassment even after a consensual encounter, amplify it via social media, and potentially destroy him.

But then anything is open to abuse.

#MeToo is a work in progress, its contexts and contours are still being defined.

And it's worth staying the course because the movement has given women a voice and dented the male sense of impunity.

The guilty verdict on Harvey Weinstein is a powerful milestone in that journey. 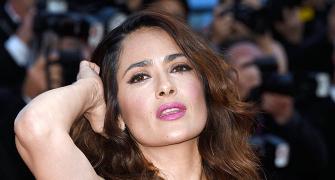 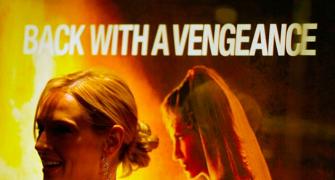 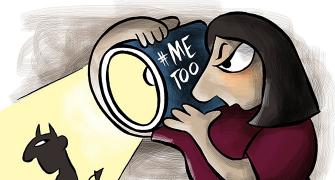 Weinstein sentenced to 23 years in prison for rape